Zander and Nolan had a bit of a falling out over Nerf guns and ammo. It seems that Zander tends to lose the ammo and Nolan owns the guns. One gun was totally out of little darts. Nolan threw the gun away. I didn't realize you could buy REPLACEMENT darts....oy vey. When I think of the Nerf guns we've thrown out. ::snort::

Zander hauled the gun out of the garbage and asked me if I thought I could buy more ammo. I did a quick Amazon search and whatdayaknow! ::grin::

Zander, Stacia and I headed to Walmart....Zander is well-known by several clerks at Walmart. He is such a sweetie...but that lack of impulse control means that he's missing a few filters...and so....he's remembered.

He picked out the ammo. He had his allowance.

He smiled real big and yelled, "AWESOME! Mom, I gave her some money and she gave me a WHITE PIECE OF PAPER and more money back!" By this time Miss Ida and all the shoppers around were smiling.

He continued, "I need to buy MORE things in this store, and get more money!" ::snort:: 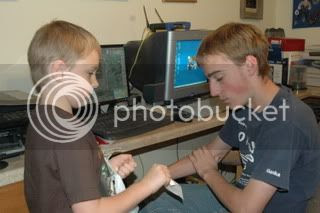 Back at home Zander tells Jared, "It's really COOL to buy things at Walmart!" Jared was less than overwhelmed at the awesomeness of his OWN receipt.

It's always a bit "strange" to go to church without Mike. But that's what we did today. It was fun to hear Ch. B and hug on Mandy. They of the dream assignment. ::snort::

I got up bright and early and started a crock pot full of yogurt. I FORGOT that I did this and discovered some very nasty smelling milk this evening. ::snort::

Josiah and Jamin went to the rodeo with friends.

Jared and the rest played games.

Zander had an adventure at Walmart - a mommy blog that I'll write later.

I kept working on coming up with something that would look like a Viking Longboat for the lapbook. I also put together a hand out of lapbook resources to put on our table tomorrow night. Jen pointed out how funny it is that 2 - 3 years ago I was congratulating myself on 3 years with TOG and NOT HAVING MADE ONE LAPBOOK. ::snort:: Then came Zander...and Nolan.... 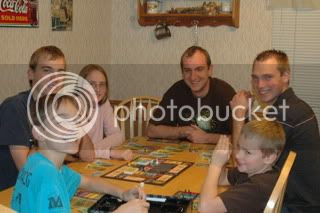 The kids all enjoyed a round or two of Spy Alley. Then Josiah had to go home and study for three exams that he takes tomorrow. (Some of those spies are very sinister looking, aren't they?)

After seeing THIS last night.... 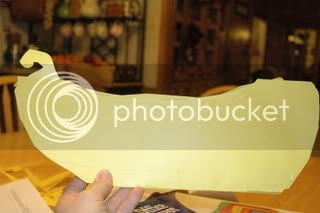 Nolan told me he thought it would be best if we put his viking lapbook in a "normal" folder. ::snort::

Zander is REALLY into Vikings...which is why we've moved into the Renaissance but are still spending oodles of time reading about Vikings etc. I figure if I can turn the alphabet into Viking work, I have a fighting chance of teaching him to read - or at least recite the alphabet. ::snort::

I combined Thoughtful Mom and Debbie's ideas and this is what I came up with. 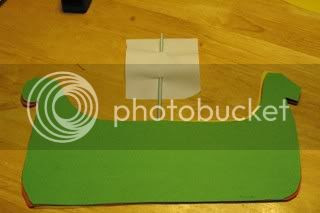 Not bad? I used legal size file folders. I still have to figure out how to connect it at the bottom....stapler won't work. I think Mike has some leather in the workshop and I'll stitch it somehow...or something. I'm going to find a stick for the mast and let Zander decorate the sail. And if Nolan repents and wants a Longboat book? I guess I'll let him make one for himself. ::snort:: Nah, I'll help. This would be much easier with card stock...I thought copy paper would be too flimsy.
Choosing Joy!
©2009 D.R.G.