This week we continue to restructure. I've been doing couch school with the three younger ones. We've been combining Lower and Upper Grammar. I thought this was a good plan, but it actually ends up taking all students more time as they listen to the other level.....so today....Nolan (6th grade) took all the upper grammar books, a list of what is expected and branched out on his own.


This will allow the younger two to read books which appeal to them, speed up couch school, allow me more time for phonics and math, and allow us to begin to double up through the next month.  We read Velveteen Rabbit today instead of Hakim's history and  The Railway Children. ::snort::   I was in my "combine mode" - combine as many students as possible for couch school.....and forgot it really doesn't MATTER with Tapestry of Grace. The older ones can go at their own pace and we'll all still be on the same topics! I simply didn't want to admit that couch school is shrinking and Nolan is more than ready to be an independent learner.  I'm going to need a smaller couch soon....remembering fondly the days when we needed TWO COUCHES for couch school. ::snort::


We even had time for a science experiment..... 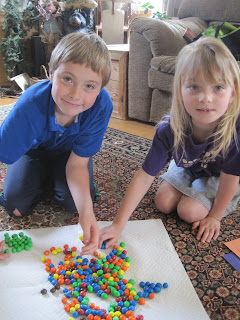 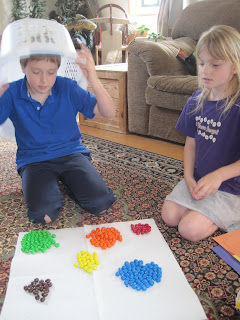 Choose 3 colors and cut and crumple up 7 sheets of each color. Put in the laundry basket. We're making  a habitat for our animals. 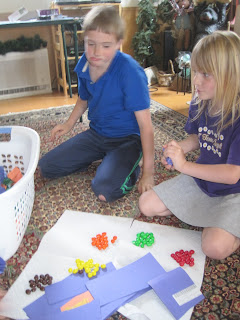 Guess how many of each color animal you will find in the habitat.
I had 1/2 the paper I needed - so I gave them 1/2 the time to find the animals camouflaged in the habitat. 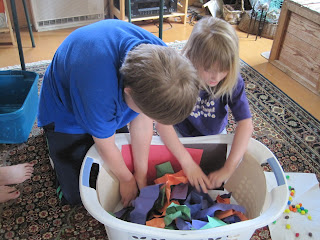 Our found animals....our theories on camouflage didn't work - could have been two working at once or 1/2 the paper jungle.....but it was a bit deflating....though we're VERY use to our science experiments not working and had a blast playing predator and eating the animals.... ::snort:: 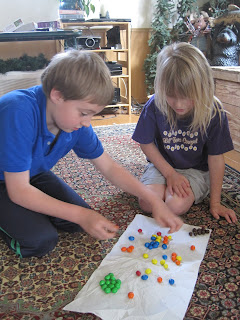 We did have a great impromptu lesson on Natural Selection....this is the moment the kids figured out what would happen in year 3 - predators have been picking off animals...that poor red one is vulnerable and doesn't have a mate..... 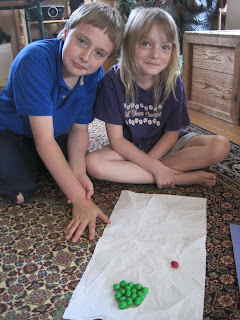 We made a little booklet for our notebook. 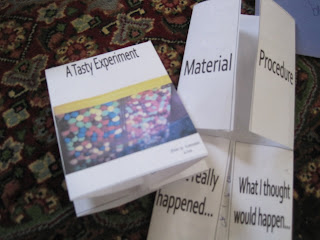 Thanking God for two little ones to enjoy as my independent learners become more independent. LOL


It should be noted that an upper grammar and dialectic student somehow knew JUST WHEN to join us to play predator roles.....and they mentioned this was a better experiment than theirs requiring a bacteria growing kit.....but hey what are you going to do that would be this much fun when you're studying bowels. ::snort::


Lunch is over....the m'ms have become elephants and "flying creatures" and my living room is now full of cages and habitats.....yep, this was a good restructuring move. LOL


02:25 PM May 30, 2011
Aomori Local Meteorological Observatory
Weather Warnings（Misawa City）
[Issued Warnings]
High waves warning
It was another rainy, blustery day...the typhoon had passed last night....seemed like a great time to go watch waves. Michael wanted to see some waves - real waves - we headed out. The kids opted to stay home - SCORE - a date with my favorite man.
It makes me sad that the regular beaches were all blocked off.....we kept driving and looking and discovered there are still quite a few you can get too - it would appear the ones they know Americans go to are blocked off. ::snort:: Could have something to do with the way we keep needing rescued.
We found waves. I found one piece of sea glass. We found a great deserted road which  will be fabulous for family bike rides.  I'm still sad the swim beach 5 min from our home won't be open any time soon....but the ocean is still there to watch. 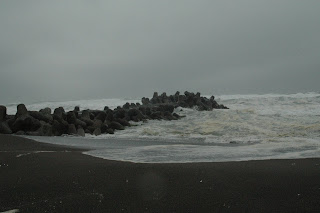 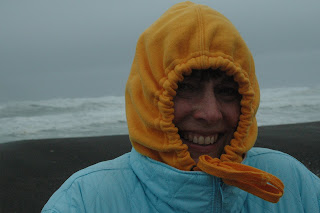 This boat is far from it's proper place 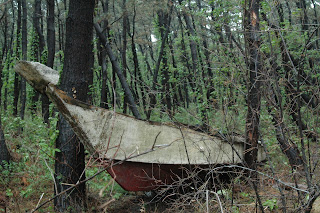 See all the concrete blocks - that's the sea wall...but the red boards show they are starting to frame it up again to rebuild...YES. There is a band of pine trees planted near the coast....runs up and down the Eastern seaboard. They did this to stop the erosion of the island.....it's sad to see so many of the trees dying...too much salt water.... 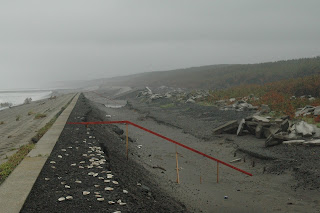 We were exploring this bit of the sea wall at a new to us spot...when Mike noted it didn't appear very safe and we should probably move back. 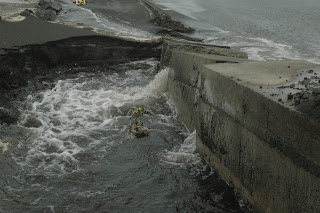 Joyfully Penned by DeEtta @ Courageous Joy at 5:11 AM 2 Gracious thoughts