It was April 20th and I was DYING to get into the garden. We spent some time cleaning up dog poop (and moose poop) and then I went to check on the condition of the garden. Yes, I AM in a tank - it was in the 60's.  It is amazing to me a girl raised in Africa and the tropics CAN acclimate to this weather. I would have hopped for more of the garden to be cleared by this time in the year. 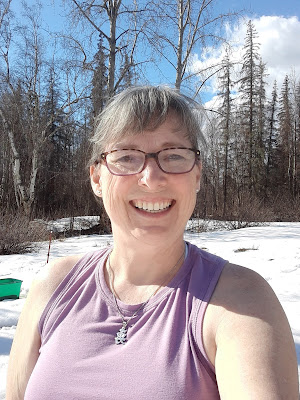 We leave these hoops up and stretch plastic over them in the spring to gain a week or so jump....the moose got tangled in it this year..... we'll need to fix this. 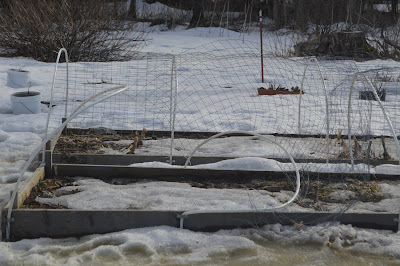 The snow this year came fast and furious. It usually snows, melts, snows and melts and THEN snows for good. This year it came and didn't leave...and we were definitely caught unawares. We found garden tools, toys...the "corn" wasn't harvested, a few tomato plants were still up, flowers weren't removed from their tire planters.... 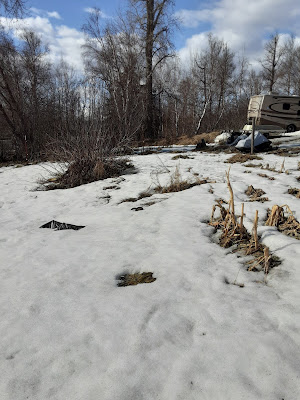 The greenhouse Michael built over the two beds last year (top of photo) needs plastic to be put back on it.  He had wisely removed all he could as the wind and snow does a number on the plastic. 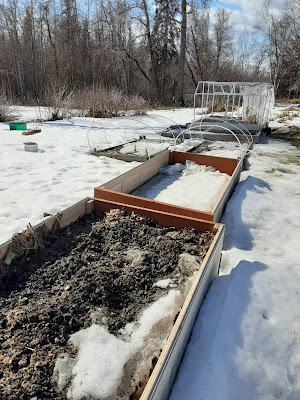 It's breakup....waters runs down from the mountain, down the street, into a corner of our place, down our yard and my garden is the lowest spot...water is now starting to run around the beds and into the garden. It's wet and swampy at this point. 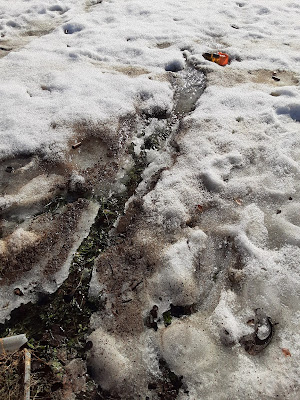 April 21st, the snow melts  bit more and we discover treasures....it's not ALL about poop. We left our sweatshirts out when we harvested potatoes and it snowed......the treasures we find in the spring. 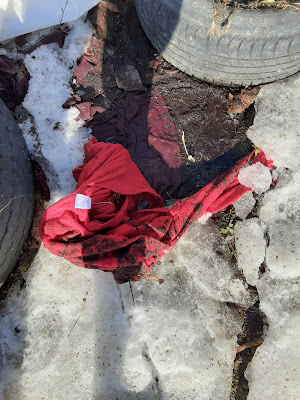 Plastic installed....I've planted some seedlings and put them in here in hopes it will stay warm enough for them to germinate. It beats the dirt and seeds all over the house. We shall see. I may end up having to buy starts this year. 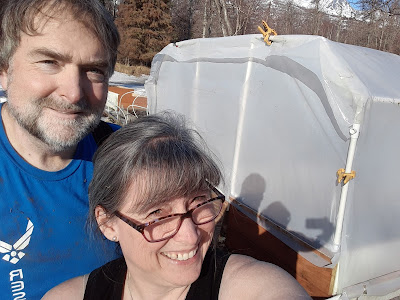 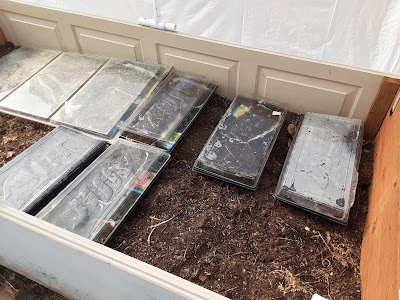 The beds are melted today....and more water is running through...soon it will be patches of snow instead of patches of dirt. It won't take many weeks above 60 for this to melt. 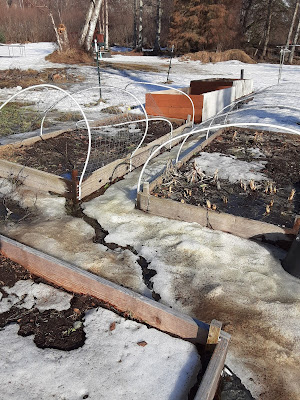 April 25th - yep - 5 short days and the snow is gone....it's wet but will soon be workable. If only I could talk the girls into seeing how fun this is....I spend many happy, praying hours out here. 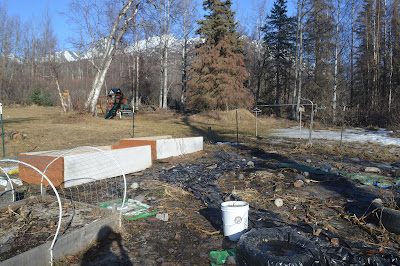 Black plastic covers most of the areas not covered by raised beds. The tires held flowers last year. I may plant potatoes in them this year. 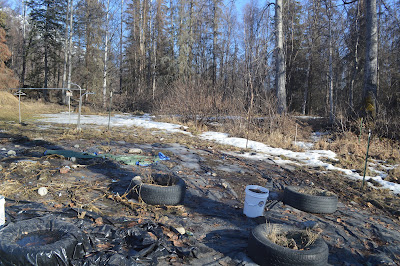 Last year, the left foreground had potatoes, nothing was in the left rear. The right rear was corn - which didn't have long enough to mature and the corner shows the greenhouse over the beds...which is where we had tomatoes, peppers and cucumbers. Our melons blossom, we get tiny melons and they fall off. Any ideas what we can do? 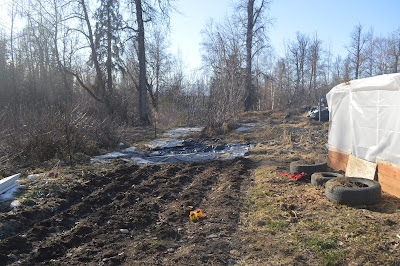 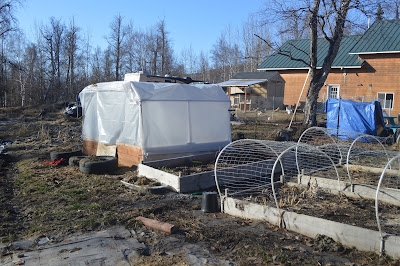 Oh, those moose....I even found moose poop IN the bed. 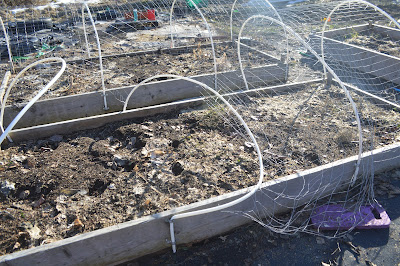 It's ghetto but we are desperate to use the space and keep the chickweed under control. We spread cardboard in the middle section, put flowers around and this chair...there is nothing better than sipping a seltzer water and watching the garden be watered.....ah....the winter is over. It really is. Summer will be here in a bit....Winter.Is.Over. 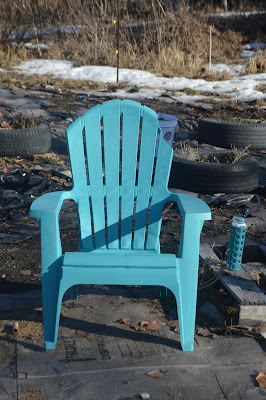 We have dreams. Michael would like to build a BIG hoop house to grow corn and melons in. I'm not sure it will work - but we have plenty of space.
We need to burn the big "bush" in the middle of the garden and deal with the weeds in the far side. There is some good soil under the weeds.
I'd like to find "something" to line the paths which would mark out paths between beds and keep the weeds down. Ideas?
I like the middle section - maybe we'll put in some sort of rock work in the center, with a little firepit and flowers around...it would be a fun place to have friends come for garden tea parties.
I'd love to build a real fence with arches etc...but the electric has worked and we weren't 100% sure we'd want this big of a garden. We've still not used all the space. We used about 1/3 the first year, 2/3's last year....maybe we'll get it all used this year.
Lots of plans - it's so MUCH work. Michael reminds me  each year we are making progress...it was a weedy horse pasture. We won't get it all done in one year - but we have no plans to move out....
I'd like to figure out plants and get some landscaping done around the house - but then again - I've not a clue where to start. LOL

Joyfully Penned by DeEtta @ Courageous Joy at 10:57 AM 2 Gracious thoughts