We Covet Your Prayers

Please check the text box above for updates on Mike's father. He has had a small stroke. We had hoped he'd be home by now. He's currently in the ICU and I believe we are all waiting to hear what the doctor has to say tomorrow.

Yesterday morning Stacia climbed into our bed and proceeded to give us her birthday shopping list for her brothers.

Jamin - Teddy Bear - We told her that we didn't think that last choice was a good one. She then went to Jamin and told him, "Jamin, you need a Teddy Bear, don't you?" His birthday isn't until the 20th, we have some time to see if she changes her mind.

Today we FINALLY celebrated all the birthdays that we've been having in the midst of flu, pneumonia, college classes and WORK. ::snort:: 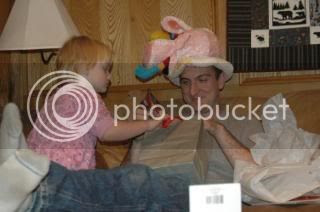 Nolan seems to think his Jerry Jenkins mystery is going to be o.k. 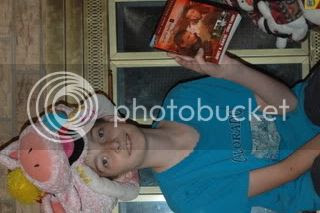 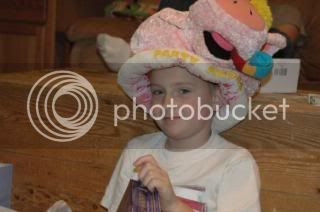 Zander's Boy Princess? Well, we don't really DO Barbie, but Stacia has some Princess like Barbies - and so she evidently has been thinking that she needed a MAN in the house....however, there are no KEN dolls on the shelves. Ye Gads in the 15 years since we've done Barbie they've made Ken obsolete. (Yes, I DID work up a lather on this one and I DID let folks in toy aisles all over town know what I thought). We figured a nice GI Joe would work - Mike being military and all. Zander has an AMAZING imagination and always has all manners of rubber animals lined up fighting in his room....a man to the mix seemed like a good idea. AND...Stacia was determined.

There are NO normal looking GI Joes either. WHAT? All military men must look like goons with terribly scary faces????? We finally settled for an Indiana Jones that at least had a normal face - and two removable swords...on CLEARANCE. 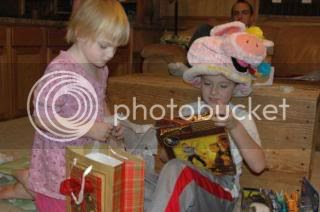 Zander liked it, promptly had him fighting dinosaurs. ::snort::

Look at this Death By Chocolate that Arielle and Jared made! 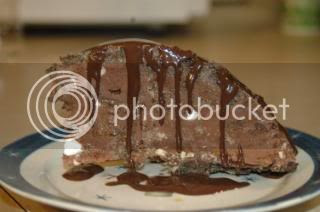 Not bad at all for a first attempt! Nolan took one bite and lost a molar...but he was due.

We ended the night playing laser tag. This ended when Zander tripped over a cart in the dark living room. Josiah went home. Mike's on the phone with his brother Earl and his Mother.

I DID destroy another digital camera. Never fear I have the Nikon D70 to use until my family is terrified enough to tell me to buy another pocket camera. I really like the way it handled the above food photo. I will admit that I'm spoiled now not carrying the BIG camera around.....

Our weekend getaway didn't materialize....and I didn't get a back up gift ready. BAD WIFE. Mike, however, got me a great gift. It's a beautiful necklace..silver chain, Concho pears set in a silver setting..... This man is good! Silver for our 25th. Concho Pearls are only found HERE and so it will remind me of this place where I will leave many friends.
I thought since the getaway didn't work, I'd pick up something quick - but honestly - silver and men? I couldn't come up with a thing...duct tape.... We'll reschedule our getaway. The question is do we do it NOW (cabin in Fburg), during our move to wherever (OR coast?), or from our new location (who KNOWS)? Hmmm.
The kids were well enough that we were able to go birthday shopping for the birthdays that got largely missed last week. We had a lot of time to visit, be together - and it was great.

Thanks for all the well wishes.

Zander likes to play with the circuit sets that Grandma Mary and Grandpa Earl gave the kids. Here he checks to see what happens if you throw a screw into a moving fan. 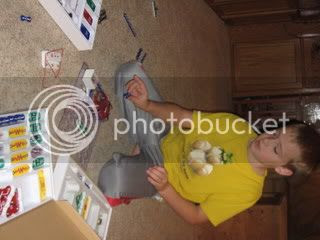 Here he tries to figure out why the TABLE sounds like Krista (speaker phone). The photo is there because Mike was teasing me. I couldn't talk to the table....so they put the photo there and then I could talk to Krista. 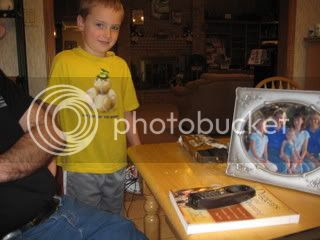 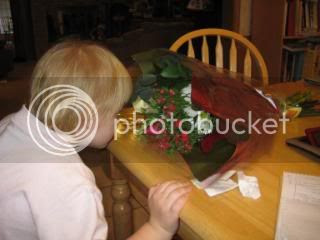 While we were out shopping, Jared and Arielle put together Bennigan's Death by Chocolate. It was GOOD - I'll post the recipe later.
Choosing Joy!
©2009 D.R.G.