The day began at 5:30 a.m. with me up and making Ooey Gooey Bars, a giant salad and changing the blog look to celebrate Jared's birthday.

The boys and Mike went in for Sunday School. There must have been some mix-up as their teacher didn't arrive....prompting a few comments about how they could have slept in. ::snort::

The younger ones and I arrived in time for church (their teacher is ill). We had an hour to kill between the Protestant service and the ginormous farewell potluck for Father Jim.

Mike and the boys went to the gym. I kept trying to get google to work. ::grrrr:: I also began work on a 5 week meal plan. I used to do this sort of "haphazardly" but I think we'll save $ and time if I write it out.

Josiah came over for one of Mike's Famous Ice Cream Cakes. We played more Cosmic Ball and Mafia. We weren't sure we could play Mafia without Bre, David and Krista here. We missed y'all, but it did work with Josiah here. 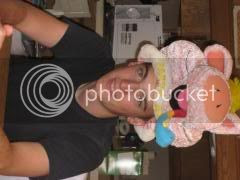 "When I clap my hands the birthday begins!" 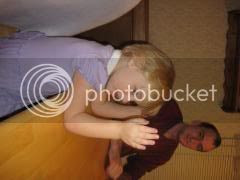 I could only find 2 candles. 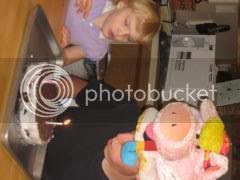 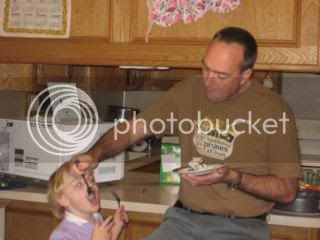 Josiah decided to light the candles and have Jared blow them out - again and again until he reached 15 candles. 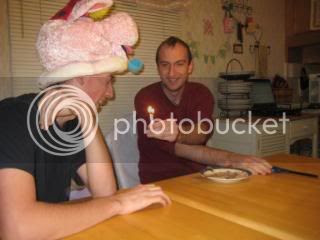 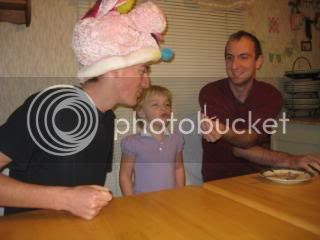 Cy brought a gift (not having received the no gift edict from Jared) - Stacia continues to assist. 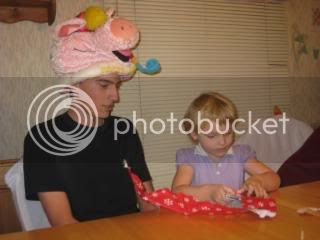 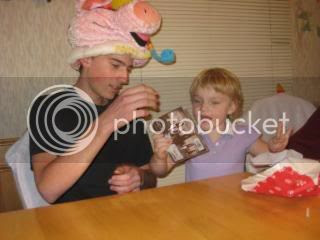 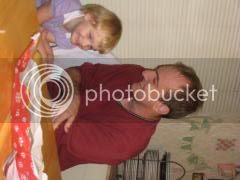 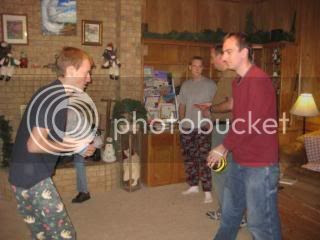 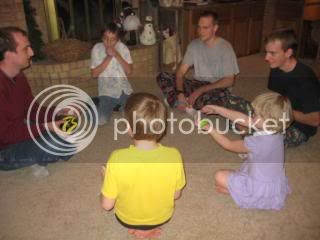 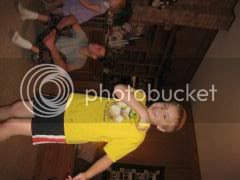 It was a very full and fun day. I thought we'd begin school on the 7th when Mike is officially supposed to report for duty...but he is going in tomorrow and Tuesday (and went in today for RE, Service and Potluck - let's just say duty began on the 4th - well then he went in on Friday for 6 hours and another day too ::snort::). Maybe we'll start school tomorrow - though I'm really not ready as I was aiming for Wed. Hmmm.... We had planned to work on Jamin's driver license and scholarships. Basically, I need to get all the forms together and take him to the DMV.... 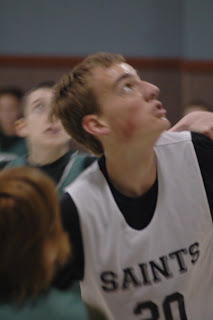 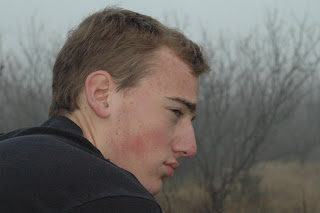 Our "middle child" - our 5th born - Jared - is Fifteen today! Every one of our children bless us. Today, I'll focus on Jared.

We prayed about Jared's name. We named him Jared David - Ruler Beloved. It's been our joy to watch as he moved from immature leadership (um...fostering a rebellion among the younger ones against the older ones ::snort::) to humbly serving (House of Faith these past 3 years) to more mature leadership (Civil Air Patrol involvement - Cadet of the Year) now that he is a young adult. But where does he lead - those are CACTUS? 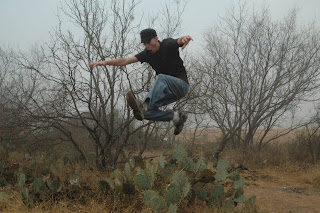 Jared is an extrovert extraordinaire among his siblings who run the spectrum of introverts to mild extroverts. 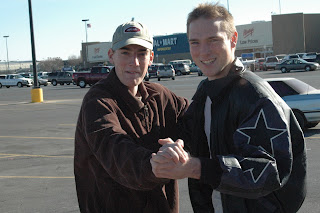 He has always kept us laughing, from day one. This photo was taken IN ACADEMY - he owns none of this.....but loves to poke fun at TT/Aggie fans. Jared has developed a passion for God that humbles us, his parents. I love the way God covers parenting with grace as we spend time on on our face before Him. He's also developed a passion for politics and dreams of someday being in national politics (hey - can you think of a place where passionate lovers of Christ are more needed in this generation?)

You won't see a lot of birthday party pictures today. We had Jared's "birthday dinner" when the girls and David were here. Jared has asked us not to give him gifts yet.....it seems too soon after Christmas. He and I are discussing either gifts on my birthday later in the month or waiting until April. ::snort::

We love you, Jared and we are blessed to have been entrusted with mentoring/discipling/parenting you. We look forward, with eager anticipation, to where God leads you.

Joyfully Penned by DeEtta @ Courageous Joy at 4:11 AM 11 Gracious thoughts