Saturdays are for Unpacking.....

I did it. I unpacked the living room boxes. I didn't want to do it as I knew there was no where to put things....and I wasn't ready to face that fact.  However, I was tired of boxes!

We also finished unpacking our room. We need to do something about the funky closet. The only shelf is so high MICHAEL can't reach it. There are two bars in there, but no place for hanging long things....we may eventually have to just rip it out and build something new. Cory did that in their downstairs room.

Today would have been Mom G's 89th birthday. Stacia and I both woke up thinking about last year's party with her. Today is her first birthday in heaven. We took some time to share thoughts and we planned Stacia's birthday's party which is just 4 days after Mom G's was.

Maria went to the store. She made Puerto Rican rice and showed me how. I slow cooked a roast and we had salad and fruit......and JaRissa stopped by on their way through the valley back to Anchorage. They'd been up at Valley Christian for a youth leader/volunteer with their church. Jamin stopped by and Bre popped in for a bit too. 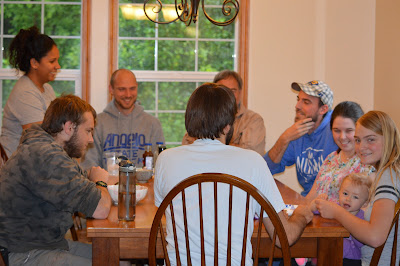 Josiah and Izaak were braving the rain in the hopes of finding Silvers.

I love going out on the deck and watching Lazy Mountain. It's going to be fun to capture it in different seasons. Here are a few shots.... 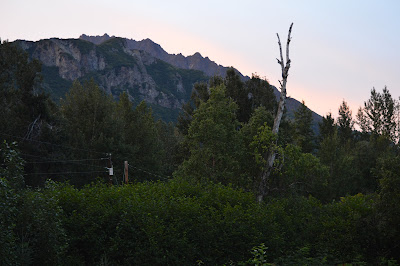 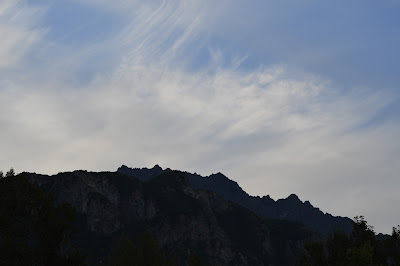 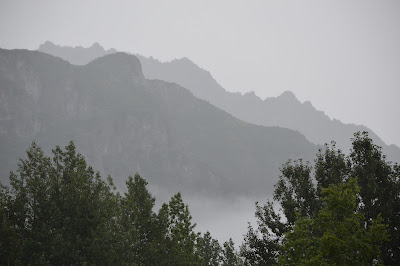 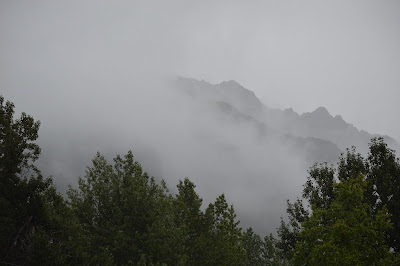 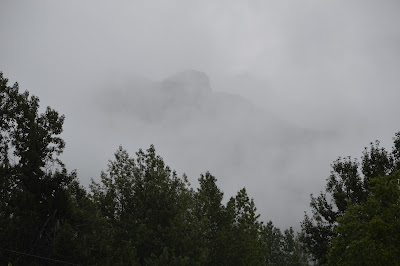 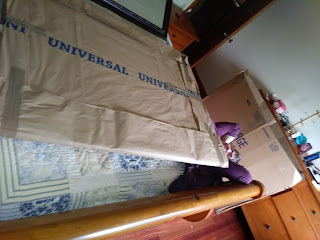 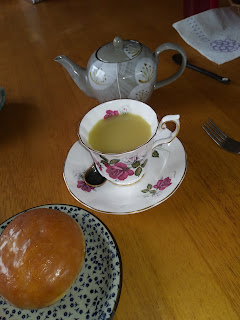 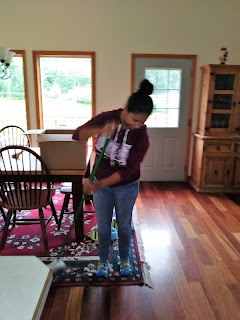