Nearly a year and a half ago Jared joined CAP. At the Award Banquet last year we thought he might pass out when he had to march up, salute and accept his promotion to Sr. Airman. He set the goal of being promoted to SMsgt by the next Award Dinner.

Tonight he handled the walk and salute with ease. 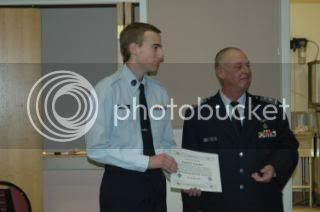 Then he was surprised to be named Cadet of the Year. 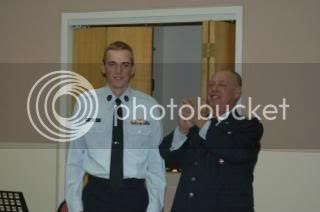 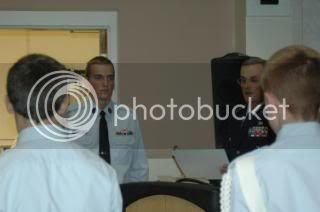 They also gave Mike a plaque for filling in for their chaplain while he was deployed. 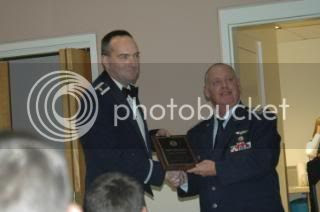 I only had to leave the room twice due to coughing fits!