Of Disney Princesses and Love: Belle vs Snow White - By Breanne

As you may or may not know, I have quite the fetish with princesses. If you have ever been stuck in a long van ride with me, you have listened to my collection of princess music. If you have been so lucky as to work with me, you have heard me sing princess songs while washing dishes or dancing in the lobby (rest assured we were absolutely dead and there was nothing else for me to be doing; ). You may have heard my theories of how their tales relate to real life and spiritual life. You may think I’m off my rocker. But bear with me and this may or may not make sense to you. Either way, I have been thinking and I wanted to get my thoughts down as it helps me process.
As you probably know, my favorite princess has always been Belle from “Beauty and the Beast.” I felt drawn to her story even before Disney came out with the movie. I remember my mom taking me to see the movie in theaters. It was glorious! When it came out on vhs, my parents actually bought it as a treat for me and my siblings. I’m pretty sure I had watched it at least four times through within the first day of us owning it. A few years later, my parents bought me the soundtrack on cassette. I listened to that thing over and over (this was junior high by now; ). In high school, I had a reading assignment that was a rendition of the story that I absolutely ate up. All that to say, I have always loved Belle. I felt like I could relate to her. For one thing, she is a brunette princess in a blonde princess world. She was a girl who wanted more than the ordinary life. She had big dreams and visions. I’ve always feared mediocrity and longed for adventure. “I want so much more than this provincial life” just rang with something within my spirit. Belle also loved her family more than anything else. She loved her father self-sacrificially. Another admirable trait was that she could see people for who they really were. She could see straight through Gaston’s seemingly perfect exterior. Belle could also see past the Beast’s rough edges and into who he really was. I wanted to be like Belle. Love my family, love self-sacrificially, dream big, and see people for who they really are. I still do.

However, I have been thinking that perhaps the Belle approach is not the best approach for one’s love life. Seriously, waiting around for the Beast to turn into Prince Charming doesn’t usually work in real life. It does sometimes. However, more often than not, it is not the best course of action. As much as I love the Disney Princess movies, I must admit that some of their stories really shouldn’t be applied to real life and especially not to your love life. Aladdin built his relationship with Jasmine on a lie and yet we expect him to now be trustworthy. Prince Erik (Little Mermaid) was pretty great, but Ariel had to disobey her father and consult with a witch to get to him. Modeling your love life after either of these would not be the wisest in real life. These are just a couple of examples. I’m sure many of you could fire more at me and would be happy to do so in the hopes that you could detour my princess fetish. However, I’m still a diehard princess fan.

After some reflection (while washing dishes at work; ), I have decided that I still want to be like Belle. However, in my love life, I think I want to be more like Snow White. She knew her Prince Charming when she met him and she waited for him. “There’s nobody like him, anywhere at all.” While she waited, she served the seven dwarfs. Even though she was a princess waiting for her prince, she served these 7 miners. She faithfully waited ever hopeful that “someday my prince will come, someday we’ll meet again and away to his castle we’ll go to be happy forever I know.” Of course, she did get duped by a poisonous apple with deceptive promises of all her dreams coming true (man! Could I make some theological applications, but I shall refrain; ). So I should keep my eyes open for poisonous apples. Other than that, this should work. After all, it works in the fairy tales and they always live happily ever after….
Choosing Joy!
©2012 D.R.G.
~Coram Deo~
Living all of life before the face of God... 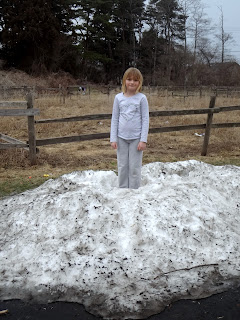 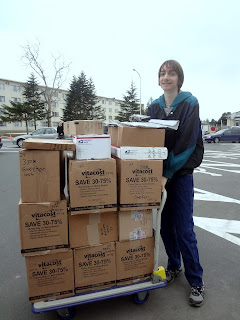 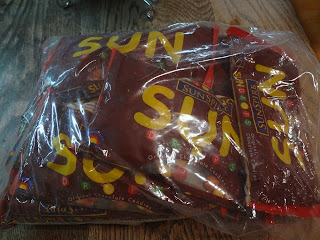 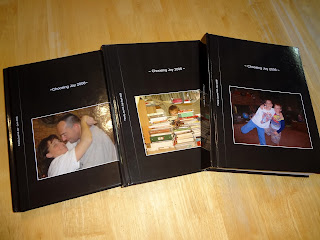 Joyfully Penned by DeEtta @ Courageous Joy at 2:51 AM 6 Gracious thoughts