The morning began with an 06:30 Skype with the PWOC Japan Regional Board praying together for our ladies. What a joy it is to have two team members.....and more on the way. God is building His team in His time...and I couldn't be happier.

Another relaxing morning of school. I could get used to this.

Michael came running in the house mid-morning - sick. Must be a touch of the flu and I've quarantined him.

Lunch presented the opportunity to spend time with an old friend and make a couple of new friends. While we were traveling, two chaplain families moved out and two new chaplain families moved in.  Such is military life.  We enjoyed lunch at an "organic restaurant" minutes from our home, bought produce and headed home. The kids had a good time getting to know Mike and Shannon's two little gals.

I think summer this year is going to be incredibly SHORT. I heard that it got hot the week before we came home. It was HOT that first week home. It rained all last week and this week is nice....but not unbearably warm....I felt bad that I spent the HOT week organizing and unpacking....so today I took the kids to the beach.  I remembered sitting on the beach with Twyla, eating hummus, and watching Jim's plane fly over on his way to his  second deployment....this was my first time back to the swim beach since the Tsunami. It wasn't opened last year. 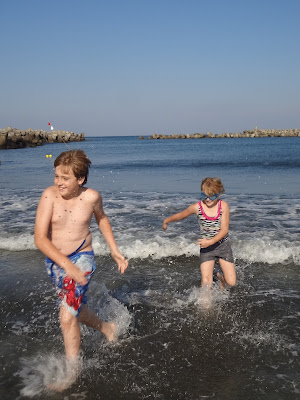 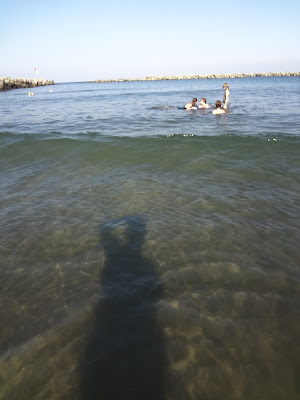 Zander got Arielle a Boogie board for her b-day - fun. 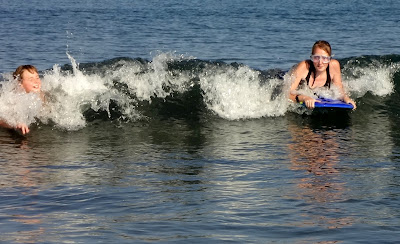 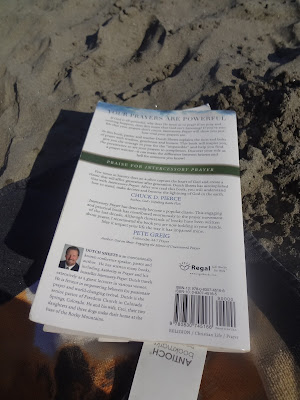 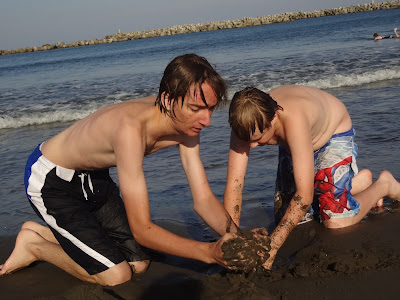 Just never know where those conference bags will show up! 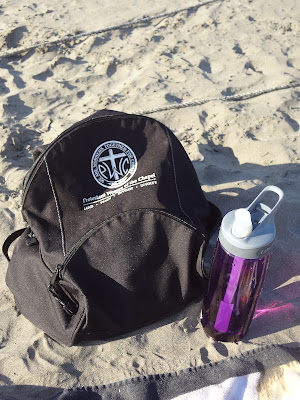 And tonight - I discovered pure goodness! I added 2 T of this to my green smoothie.
30 grams of protein in one drink.....though I couldn't finish it....less sugar and fat than peanut butter...less messy too.  Michael said they'd be great frozen....still working for some sort of dairy-free ice cream substitute.... LOL

And...if you're counting it's now one day and a wake up until Stacia's long-awaited birthday. I have a sick feeling we are about to disappoint her....life is intervening....and I'm working hard to find ways to make this all she's waited for.  She was in tears when she realized her friends all moved while we were gone and she had no one to invite to her big party. I'm hoping for a big party in a bit of time - give her some time to make some new friends....and a family party on the 16th...but we'd promised her a friend party - her first ever - and none of us took the PCS cycle into account. UGH.

Joyfully Penned by DeEtta @ Courageous Joy at 3:04 AM 3 Gracious thoughts