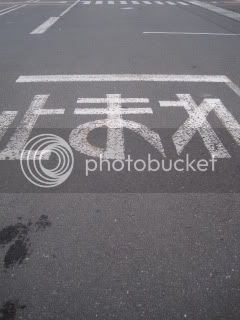 This is the FUNNIEST sign yet. I haven't a clue what it says. It looked like a great parking spot. Until I came out of the store and realized NO ONE was parked near me....then looked closer and surmised it was a lane through the parking lot. This time the jokes on me....

It's always an adventure to go shopping off base. What a delight for each day to feel like a field trip and an adventure.

After piano lessons we dropped Jared off on base for Cross Training (Youth). Arielle was ill and home....with the cell phone and Windy's number programmed in.

On the way home the younger ones and I stopped to get lightbulbs. We wanted Japanese lightbulbs as the rumor is they'll last a bit longer off base than American bulbs. 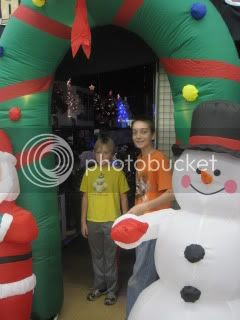 But again - not one single Nativity or Baby Jesus. It saddens me that the world has exported Christmas without the meaning of the Holiday. 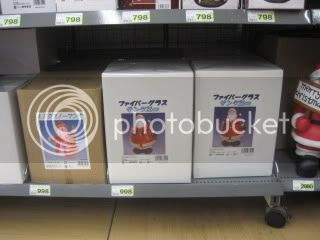 Zander's face was priceless....he was so excited to see a cheap DVD bin (like Walmart) but then realized all the letters were in Japanese. We DID buy a Japanese book....and I thought that was great until Stacia said, "Mommy, will you read this to me?" 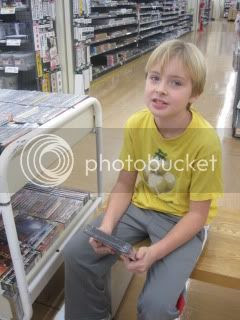 Some things are easy to figure out...like the new rice bowls I bought and the lightbulbs...but what ARE those things in the orange package. I had to know. They aren't chocolate! ::snort:: They taste sort of like a root of some sort....I hope they are meant to be eaten and aren't some sort of fertilizer. ::snort:: 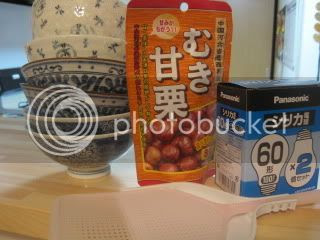 Stacia charmed a Grandma. Zander bowed. The lady said, Konichiwa and was simply charmed when the kids responded. She rubbed Stacia's hair. We were picking out rice bowls, which she approved of...but then she picked up the Hello Kitty rice bowl and handed it to Stacia. Stacia was thrilled, the Grandma was thrilled...I would have thought it was a bit more endearing if she'd handed some yen my way for the bowl. ::snort:: Seriously, it was a GREAT idea and one I would not have thought of. The rice bowls I picked are pottery. This way Stacia won't break hers. Grandma did me a favor. Back at home Stacia got out the rice steamer and insisted I make rice...and ate two bowls.....I also bought chopsticks....yep....just a couple of months here and it simply TASTES BETTER in a bowl with chopsticks....sort of like tea TASTES BETTER in a fine china cup. 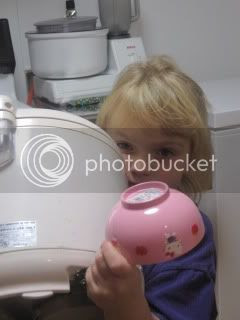 Who but the Japanese would invent such a charming fly swatter. We can smash them AND clean them up.... 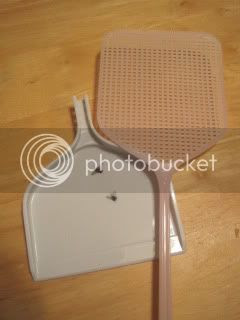 What else did we do today....I answered some PWOC emails, I created some documents for our local PWOC Children's Ministry, I prepared the story and such for tomorrow.... maybe I'll go to the Onsen tomorrow night. OH, the little boys were playing Zoo Tycoon and came running out to say, "Jamin is on the computer!" Jamin AND Josiah were on Skype...the volume worked and Jared had a great talk with them. Tonight the computer froze on me.
Mike got called in on a duty call - second time in one night....so I'll check email and call it a night. Y'all have a good day on that side of the world.

Joyfully Penned by DeEtta @ Courageous Joy at 4:02 AM 19 Gracious thoughts

Arielle felt sick yesterday. Her stomach hurt ... no fever, no nausea, nothing ....

We stayed home. She slept all day. Drank water.

She got up today and ate. She did school. She had her piano lesson and seemed fine. Then she got dizzy, stomach hurting again, nauseated. She spent the afternoon in bed. I'm not letting her go help with children tomorrow and she doesn't have drama. 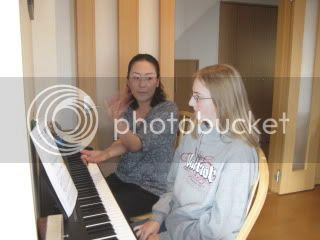 Please pray for Arielle to feel 100% better and for Miss Christine (piano teacher above) and Olivia not to get ill. I'm also trying to encourage my immune system to fight...fight...fight...I would have called the Dr. today, but couldn't find the number.

Thanks for the prayers.

Joyfully Penned by DeEtta @ Courageous Joy at 3:49 AM 5 Gracious thoughts