This week I NEED storage tips. Regular readers know that 7 members of our family are about to move to Misawa, Japan. We are EXCITED. This DOES mean that we need to downsize from 2500 square feet to 1500 square feet.

Super Size Saturday is planned to be a weekly feature of Choosing Joy. I cannot promise that I'll have lots of time to write profound posts in the next few months...but it should be pretty easy to provide a forum for a carnival. Right? Feel free to leave ideas for themed weeks in the comment section. Is there some topic YOU would like me to try to generate discussion on?

Feel free to read the Guidelines for SSS or past SSS Entries.

Remember, write a post on your blog, come back and leave a link to THAT POST on Mr. Linky. Others can then check back here for a nice collection of tips. If you don't have a blog and want to participate, simply leave your thoughts in the comment section.

Please help spread the word about Super Size Saturdays on your blogs and email groups. Feel free to save the graphic to your hard drive and link it back to either the guidelines or heart/archive of SSS (I honestly don't know which would be best, we'll learn together as we do this).

What a TREAT! Thank you, MJ, for the surprise you sent Stacia. She was very excited to get a package addressed directly to HER from ALASKA. 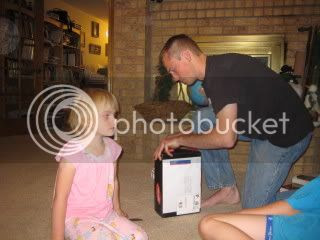 They fit perfectly - and match her new coat much better than the big black ones mom purchased. ::snort:: In my defense I KNEW they would be too big...but followed the size charts on the website. I should have gone with a size smaller. I DO miss Fred Myers! Thanks for picking these up for Stacia. 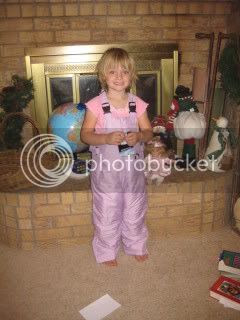 We even got the photo of MJ off the box and Stacia now has it in her room. 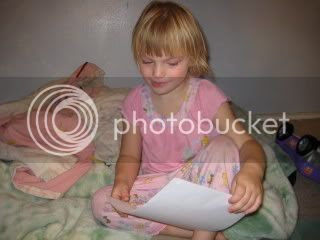 Thanks Darshia. You bless me in so many ways!

This week has been full.

Mike and I were not home before 10 p.m. any night this week. Jared and Arielle did a GREAT job holding the fort down. My kids ROCK!

I attended more dinners with Mike this week than I may have in a year. ::snort:: I'm not really an official dinner sort of person....but I wanted to show full support for this. It was important. I think I got over some of my fear of fancy dinners with people I don't know too. We shall see. ::snort:: I KNOW I ate more this week than I have in a month. We had dinners with the local Jewish community, with the ASU President (what a HOME!!!), with the Chiefs, with chapel staff...Mike had breakfasts and lunches with Hebrew Linguists, commanders - well you get the idea. Evidently there is a LOT of food involved in official hosting duties. ::snort:: There is also a lot more dressing up than I do in a typical week. ::snort::

I attended 5 sessions where I was privileged to listen to Wanda and Walter share their first hand experiences during the Holocaust. I have more thoughts to share that were generated in the sessions. I know that my new friends will continue to reside in my thoughts, heart, and prayers. I have attended these events for the past 3 years. I've always KNOWN the sessions were an amazing opportunity afforded by base leadership to witness history...but hosting our guests this week, interacting on a personal level with them, made the horror of the Holocaust much more personal and real for me. I saw, through their eyes, the importance of the American military and the need for vigilance in protecting the freedoms that we enjoy in America. I attended Yom Hashua - I'll write a separate post about that.

Jamin and Jared were able to hear Walter's story. He was almost 15 when he was sent to a German Labor Camp. He was blessed to find his way to his brother at a camp. His brother died 6 weeks before they were liberated. I know that they'll remember Walter when they are faced with situations in life that require courage and strength and humor. The love of the brothers spoke to my mommy heart.

We found time to enjoy some of the local area. I took the younger four to meet and visit with Walter and Wanda, but didn't take them to a session. 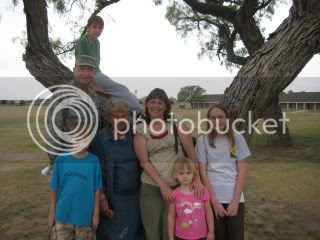 We made two trips to the airport this week...this a.m. to say goodbye.

Joyfully Penned by DeEtta @ Courageous Joy at 9:20 AM 0 Gracious thoughts