I am posting it here as blog headers do not show in readers - nor in printed blog books...and these are some of my favorite most-recent photos. I managed to incorporate all nine Gherkins...even the ones in the states whose photos I had to snatch from Facebook. ::snort::

Thanks to Michael for showing me how to resize the screen in powerpoint!  The world is a new playground....I figure I can't change this every week - after all it has my favorite photos - right?

Really excited to have figured this simple trick out. ::snort::

Arielle requested inline skates for her birthday. The BX doesn't have them in adult sizes. Tonight we checked at Sport's Authority. 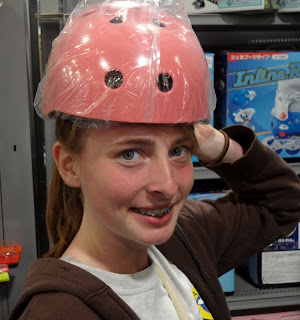 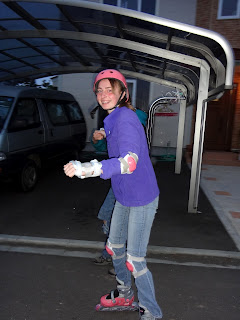 They took a trip down the street and back. Maybe tomorrow she'll branch out without Nolan's arm. Nolan wanted a pair but they didn't have "oki" sizes (large sizes). They recommended Zebono sports store in Hachinohe...thing is I'm not sure that's the name and it may be hard to find - but we will try.

Arielle does not usually opt for pink but she figured if she got pink the boys would leave them alone.

Joyfully Penned by DeEtta @ Courageous Joy at 3:28 AM 6 Gracious thoughts

Since the ducks were a bust...we dropped Jared at home, checked to see if any of the others were ready to leave their homies and venture out with us....none were.


Shucks! Michael and I had to go to the ocean alone! Our plan was to feed seagulls....once again...the crows were our only faithful animal partners.


I enjoyed a walk along the seawall while Michael walked near the shoreline. These wildflowers are new since earlier in the week. 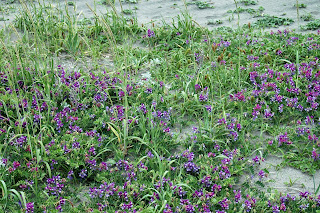 The seawall abruptly ended and the uprooted, dead trees reminded me of 3-11....always sobering to remember....and pray for this country we love. 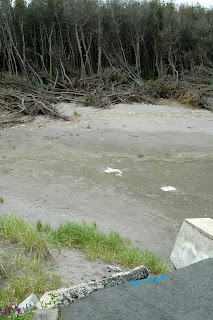 Joyfully Penned by DeEtta @ Courageous Joy at 3:23 AM 0 Gracious thoughts

A new blog feature - That'll Preach...an often heard saying in our family for years. Something will happen or  we'll see something and one of us will say, "That'll preach." Probably comes from having a preacher for a father and a mother who teaches weekly women's groups...the kids are doomed to find fun in strange things. ANYWAY....it does help us see real life illustrations.....and so we decided today to share some of these on the blog....as they come up.

Here's the scoop for today ...I made some English muffins without the tins...and they were flat....so flat we decided to just feed them to the ducks...but we couldn't find ducks....we DID have a crow which began to follow us.....and followed us all around the pond/park....Michael even got him to get in the water going after bread. 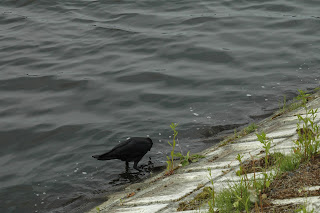 Michael commented, "If the ducks won't come feed the crows."

I responded, "That'll Preach."  At that point a blog feature was born, though we've played this game a million times over the years.  ::snort:: 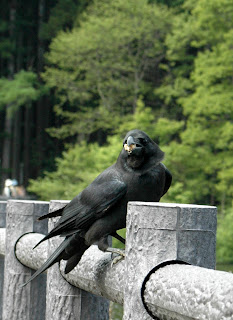 Joyfully Penned by DeEtta @ Courageous Joy at 3:17 AM 0 Gracious thoughts

While at the park we just couldn't resist snapping a few photo of the cute cars! I figure it's hard to truly get the perspective of the cars without a person in the photo.....

Joyfully Penned by DeEtta @ Courageous Joy at 3:02 AM 0 Gracious thoughts

This is really a great neighborhood for the kids. Kids around to play with, room to run, but lots of great spots to walk for solitude as well.

We bought and filled a pinata for Arielle's birthday. I thought she'd enjoy doing it with the kids. We waited for a day without rain, and a day when all were home. This a.m. fit the bill. Fun times. 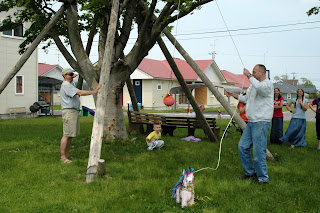 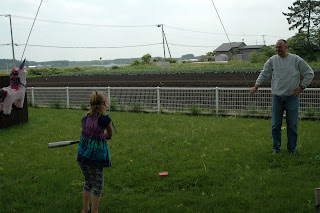 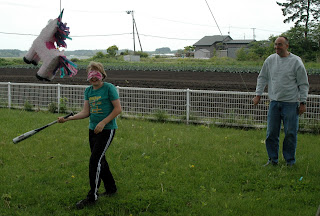 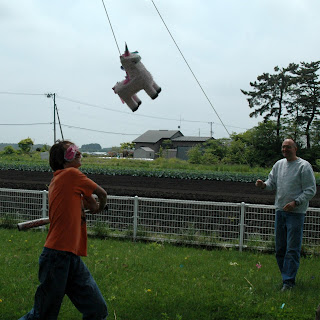 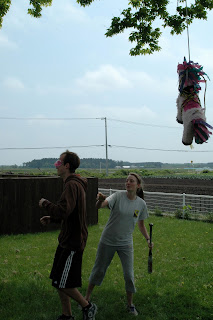 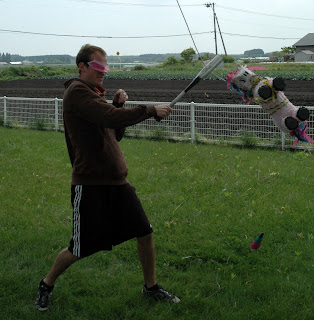 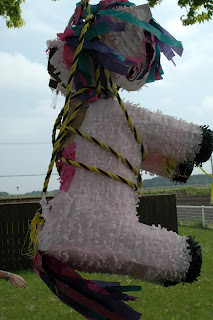 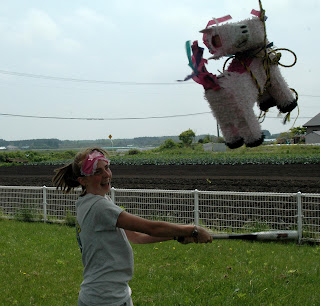 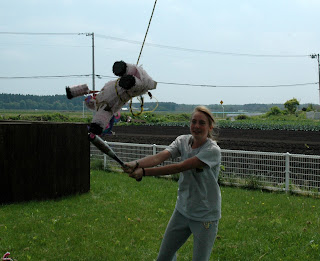 Joyfully Penned by DeEtta @ Courageous Joy at 3:00 AM 0 Gracious thoughts 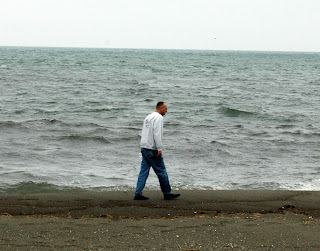 Joyfully Penned by DeEtta @ Courageous Joy at 2:43 AM 0 Gracious thoughts