Yesterday was really busy. Today may be busy too. I've decided to write ONE really LONG post about the day....

Thursday began bright and early in the conference room of the Misawa Inn. This was FINALLY the day the children and I would enjoy the city tour.

We began at a Buddhist temple, where we learned much about Buddhism. This is also where we nearly started an International Incident because we didn't understand the guide's directions about "proper shoe removal". 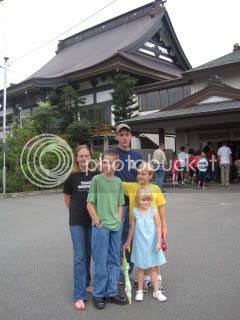 See the sticks by the tombs? They have the holy memorial name written on them. This name is given a Buddhist when they die. 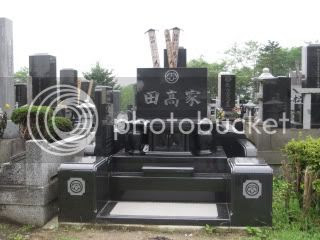 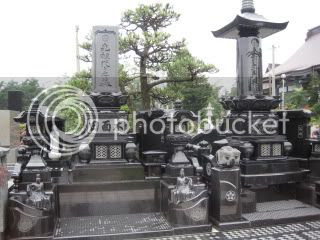 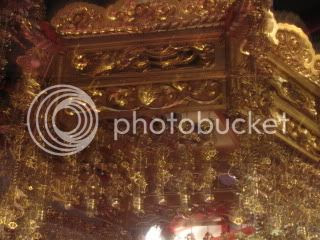 An array of gods 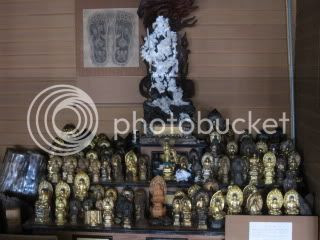 This touched me....I asked what the Winnie was...I'd not seen him as particularly Buddhist before. This is a shrine....and gods for "unborn children". She said for miscarriages...but then added that abortion is legal in Japan and so this is the shrine for many unborn babies. This made me sad....and contemplative. 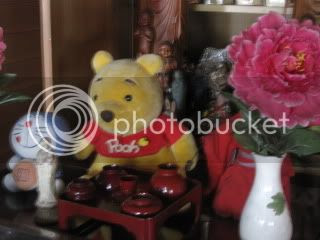 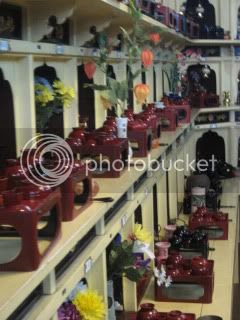 These two are guards for the cemetary, this guy with the open mouth, sucks in evil spirits.... 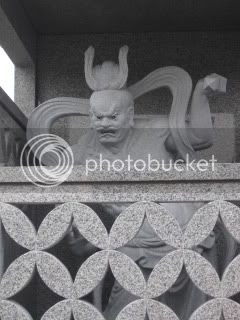 This one, with a closed mouth, refuses to let them out into the cemetary. 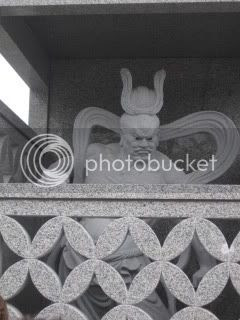 We headed to an International Center. Here, we listened to two briefings/lectures on Japanese culture and the area. THIS would have been nice to know earlier in our Japanese adventure. ::snort::

This vending machine struck our fancy...hotdogs and french fries anyone? 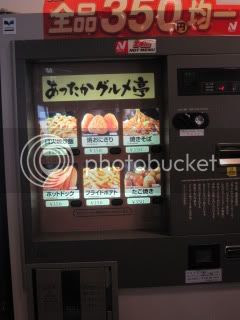 We went to a Samurai Museum. I'll post photos of this when we visit again. As with many field trips, this one forced us to move much too fast and we didn't really catch what we were seeing....I have photos but no real understanding of what we were seeing. LOL 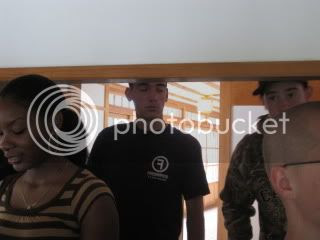 Nolan was happy to finally see a rice paper wall. 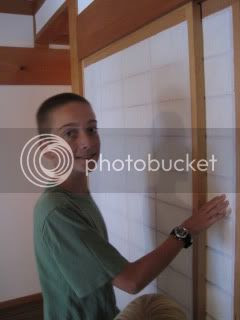 We ate lunch at the Veedol Plaza.

I've mentioned the photo menus before...but this is GREAT. Plastic replicas of the dishes they serve....fairly realistic in a plastic sort of way. And of course you still don't know if the dumplings are chicken, octopus or squid. ::snort:: Doesn't that meal on the left...noodles and fries look like carb heaven? ::snort:: 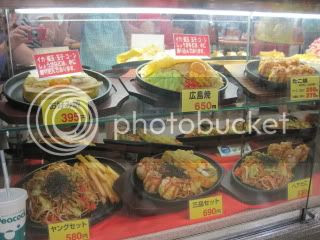 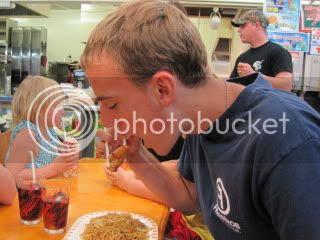 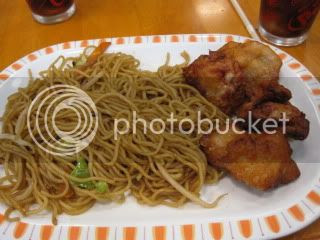 We turned in a request to be extended in TLF until the end of September. ::sigh:: We put yen down on the new home.

I began to realize I need to buy things I already own if I want to get math etc started. Still thinking it through. We'll do a credit of Japanese Culture this year....maybe we'll wait to start TOG until we are in our home.....but we need to begin phonics, math and science or Jared will be behind the 8 ball.

I created a brochure to be passed out at chapel with PWOC board selection procedure, qualifications for leadership and job descriptions listed. Melinda, I thought of you as I fully utilized the new Women's Ministry Manual. Thanks again for allowing your talents to be used in PWOC. What a great new resource the WMM is.

I attened my first MOSC (Misawa Officer's Spouse Club). OK, it's the first time I've attended any OSC in 12 years. ::snort:: I did enjoy myself. I'm trying to wrap my brain around the expensive dues to join...but I'm sure I will. We're simply cheap. ::snort:: Some ladies at our table were the explorer types. They gave me their numbers and names of spots to visit...like a place that sells used kimonos for Y500.

It was a full and busy day. The tour was great...but far to rushed. We prefered the Hachinohe tour.

Remember, there is a translation of military speak in the side bar.