Someone tell me what THIS is for in a LADIES restroom.....and I'll try to post the rest of the adventure soon (including my guesses). ::snort:: BTW, they couldn't fit the kids and I on the first tour. I'm hearing that a lot of general knowledge is shared on that tour. We are having a blast asking and finding answers....but we'll be taking that first tour in 2 weeks. It's mandatory for active duty and Mike took them a couple of weeks ago. They're fitting us in as they can. 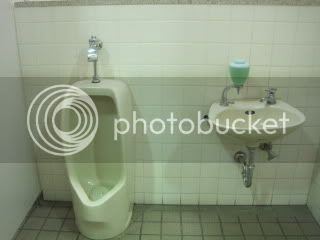 BTW, while there are so many NEW things to capture for our family journal, I've set up a list of upcoming posts in the sidebar....it's my sticky list. LOL 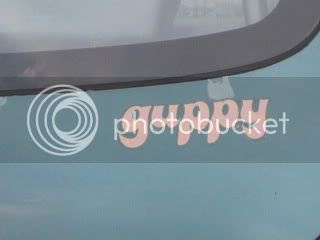 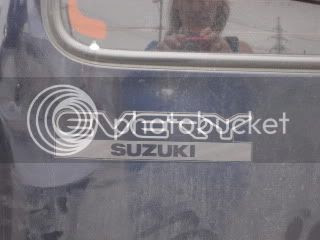 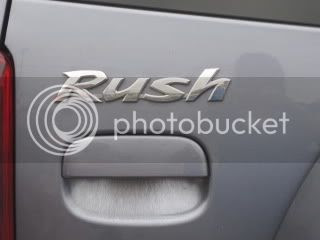 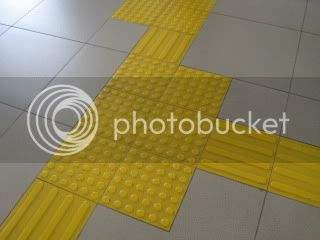 What is the purpose of the yellow tiles?

Horrors - I missed a day or two! Thursday, we played at the Weasel's Den....miniature golf and walked all over main base again. Friday, we went on the Hachinohe tour. I'm waiting for a zillion photos to load and trying to figure out the best way to blog it....topics or one very long post! LOL
The recent days did raise a question that I'd love to hear thoughts on. All thoughts are, of course, welcome, but I'd especially like to hear how Christians who have lived in other cultures or how missionaries have handled it.

We love Japan. We are finding new things to respect and admire daily. This is a culture that STILL, by and large, has boundaries of respect, honor and kindness as their foundation.

On a tour to a Shinto Shrine yesterday, Jared and I encountered new thoughts.....where do we draw the line? We do NOT want to be rude Americans. We do NOT want to offend our hosts. We were uncomfortable being told we had to purify ourselves with a water ceremony before entering the shrine. I sort of got around this by thinking of all sorts of verses about purification....and such....and figuring it could be a symbol in my heart of what I know God has done internally. We didn't have to figure it out, because the man who worked there decided it was taking our group to long to purify and said the 10 who had purified made us all pure. ::snort::

We were asked to pray (which includes bowing, throwing coins, ringing a bell, clapping your hands and such) at the Shinto Shrine. We didn't. They said Shinto accepts prayers to all gods...but I felt that my God doesn't allow me to bow to other deities.... though I COULD have prayed to God...but I didn't want to bow to the thing.... AGAIN we were a big group and so they moved us on and I'm sure no one would have FORCED me to do this...but I was unsettled, wondering if I'd offended the guides...and hating that....not sure if I'd made too much of a deal of it in my thoughts.....Then Jared mentioned the same thoughts. He wondered where the line is between being a polite tourist and being a Christian tourist in a Shinto Shrine.
Kim? Tammy? I would love to know what Japanese CHRISTIANS think about this. Would they do it as it's cultural? Would they NOT visit the shrines? Do they consider it a big deal?

What guidelines would you use to determine if something is o.k. to do as a tourist, or crosses the line as a Christian? At this point, we simply pray and act...and maybe that is the best policy. Certainly God knows our hearts and the Holy Spirit is capable of stopping us from crossing lines.

For instance we were the only family who didn't buy good luck amulets for all the children and horoscopes/fortunes. LOL If those photos would load I could put the Shrine photos right here....maybe I'll come back and update this post.
Thoughts? 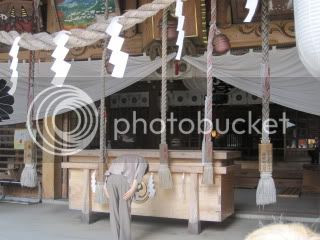 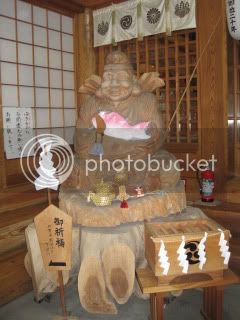 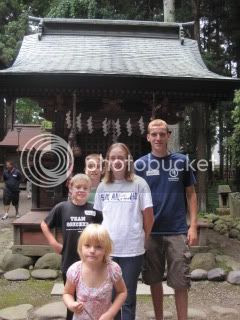 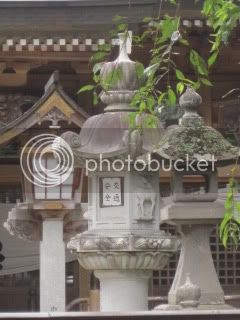 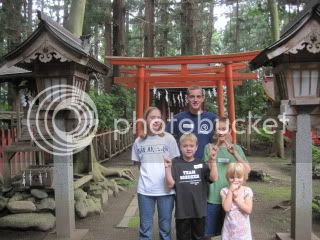 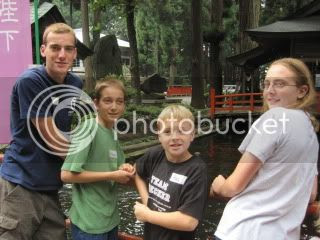 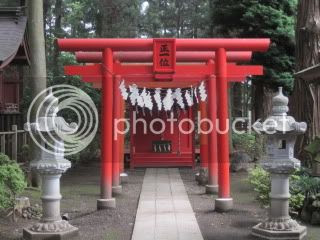 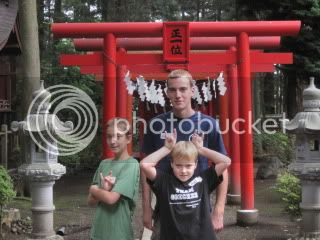 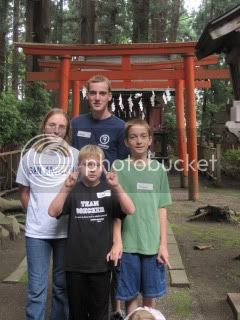