So....I've been up early again and playing with google. I CANNOT use Outlook over here...some sort of strange thing with the ISP.

I use gmail (which I'm not loving), but have really missed a calendar. I created a google calendar. I saved it to igoogle. I created a gadget with Bre's photo and countdown and saved it to igoogle. I added a time clock (with lots of zones as I'm calling all sorts of places these days) and a weather gadget. This allows me to remove them from my blog so it loads quicker.

Have any of you found a gadget that lists calorie counts for various foods. I see lots of them, but thought if someone had one they recommend, I'd do that.

What other gadgets do you all like? I had movies on it from San Angelo - but haven't found one here yet. It STILL shows San Angelo on the side and I can't get rid of it. LOL The Politics in the sidebar is dated - Drudge headline reads "Clinton still not convinced Obama can win in the fall". ::snort:: I've refreshed. Can't seem to delete those side bar things.

There are even a few homeschool gadgets.

BEST MOMENTS OF THE DAY

We were able to talk to both of Mike's sisters and his parents.

We were not able to reach my brothers or parents....and will try again tomorrow. 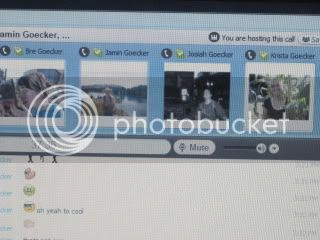 We DID reach all the kids....can you believe it? It was LATE their time....but Bre and the boys were on and we talked until Krista was home from her cleaning job and joined in....all of us around our computers.... 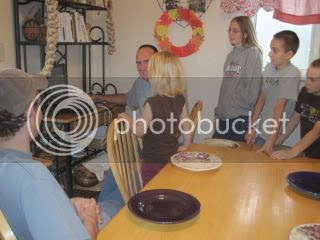 Especially amazing is THIS: We told the kids we needed to sign off and eat our meal. Bre said, "Pray first"....and we did. We were able to all pray together on Thanksgiving Day - though we were in OR, TX and Oriase Town, Japan. What a gift.

Joyfully Penned by DeEtta @ Courageous Joy at 2:15 AM 8 Gracious thoughts

Hardest Moment of the Day

Since our turkey determined we'd have a late lunch/early dinner......we set up our new tree. We left our big tree in the states. We didn't fully realize what Christmas would be like in a Buddhist country. We thought we'd buy real trees for our years here....but they don't sell them on every corner around here. ::snort::

We bought a cheap artificial tree at the BX....it was PRE-LIGHTED....and a breeze to set up.

We couldn't find the Christmas music, but found one CD - Celtic Christmas. We put it on to decorate. Stacia hopped up, danced around with her doll...threw her doll on the ground....and in tears said, "There's just NO ONE to dance with around here!"

Ah - I teared up. Josiah and Jamin are her dancing partners. Josiah danced her around the living room from the time she was 2 weeks old.

Her brothers hopped to..... 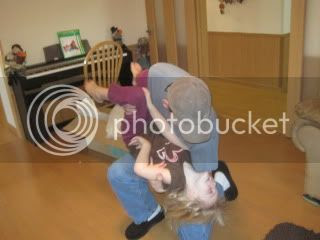 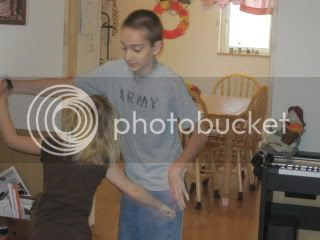 THEN we heard the familiar Skye ring in....and it was JOSIAH. He's never called on HIS computer and we've never been able to reach him. It was VERY late in TX....but he was on at just the right time to talk with Stacia. They had a precious talk.....and then we all joined in.

Joyfully Penned by DeEtta @ Courageous Joy at 2:10 AM 4 Gracious thoughts