Jared drew a target and taped it to his shirt. There were quite a few fouls in the last game with this team....and Jared evidently aggravated one player enough that he kicked a wall or something....Jared was NOT talking trash or nasty....was just blocking the kid and the kid kept getting fouls called.....Jared was a bit concerned that this would be a rough game and so responded with humor. ::snort:: Coach convinced him that he'd get killed if he went into the gym with that on his back. 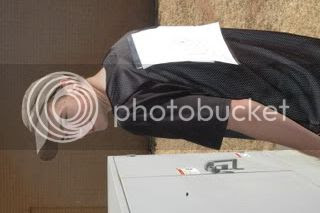 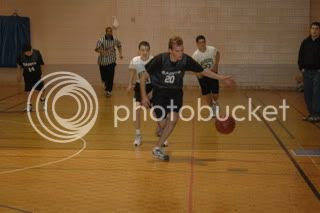 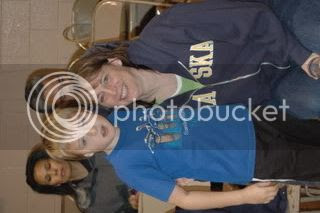 Thanks to Krista for sending these photos along. 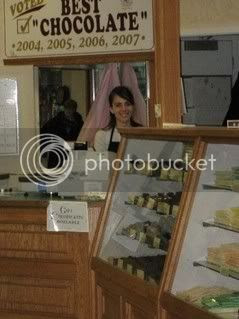 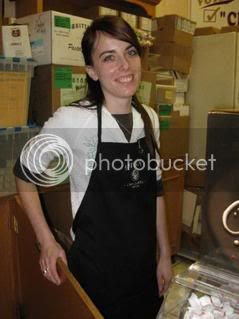 Does it get any better than a job in a Chocolate store? Seriously, Bre is doing well. Here are some specific areas of prayer for Bre...

{Hey, this was fun. Maybe I'll spotlight all the kids one at a time. LOL} 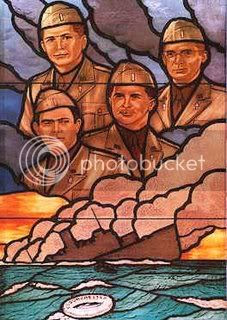 A priest, a rabbi, two ministers. All chaplains. Brothers, as they shared the same FATHER.

On February 3rd, 1943, at 12:55 in the morning, the USAT Dorchester, carrying 902 servicemen took a torpedo mid-ship and began taking on water rapidly. Panic and chaos was rampant aboard the ship as men sought to save their lives pushing and shoving to find a place in one of the lifeboats.

The following excerpt from Home of Heroes says it much more eloquently than I.

"In less than half an hour, water was beginning to flow across the deck of the sinking Dorchester. Working against time the Chaplains continued to pass out the life vests from the lockers as the soldiers pressed forward in a ragged line. And then....the lockers were all empty...the life jackets gone. Those still pressing in line began to realize they were doomed, there was no hope. And then something amazing happened, something those who were there would never forget. All Four Chaplains began taking their own life jackets off....and putting them on the men around them. Together they sacrificed their last shred of hope for survival, to insure the survival of other men.... most of them total strangers. Then time ran out. The Chaplains had done all they could for those who would survive, and nothing more could be done for the remaining...including themselves.

Those who had been fortunate enough to reach lifeboats struggled to distance themselves from the sinking ship, lest they be pulled beneath the ocean swells by the chasm created as the transport slipped into a watery grave. Then, amid the screams of pain and horror that permeated the cold dark night, they heard the strong voices of the Chaplains. "Shma Yisroel Adonai Elohenu Adonai Echod." "Our Father, which art in Heaven, Hallowed be Thy name. Thy kingdom come, Thy will be done."

Looking back they saw the slanting deck of the Dorchester, its demise almost complete. Braced against the railings were the Four Chaplains...praying...singing, giving strength to others by their final valiant declaration of faith. Their arms were linked together as they braced against the railing and leaned into each other for support, Reverend Fox, Rabbi Goode, Reverend Poling, and Father Washington. Said one of the survivors, "It was the finest thing I have ever seen this side of heaven." "

You can find out more about this story by doing a simple google search of "The Four Chaplains." 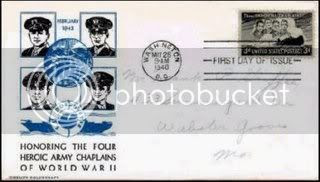 Joyfully Penned by DeEtta @ Courageous Joy at 1:44 AM 6 Gracious thoughts