Stephanie and Gilda have won copies of The Shape of Mercy. Please send me your addresses in the next week and I'll get them in the mail.

Don't forget to check back for more reviews and giveaways...and enter this week's giveaway for Bon Appetit.

Is there anything quite as precious as visits with family? I've chosen not to become melancholy because they are few and far between. We pack what we can into those times.....

My brother Nate - my BABY brother - 34 now I guess and his wife, Heather arrived on Sunday.

We didn't do anything special....we mostly sat around visiting and playing games. Which is special in itself come to think of it. Zander got into contraband food at chapel and spent Sunday and Monday paying for it...note the inability to keep his clothes on. I was relieved that Nate and Heather have fostered many special needs children. 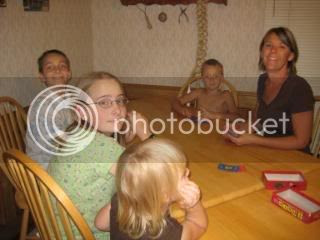 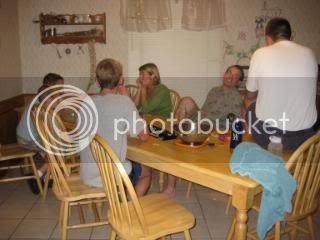 Nate and Heather (I know he looks drugged but I chose to go with the better photo of Heather ::snort::) 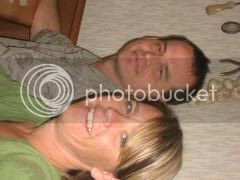 Heather, we forgot to make the deodorant. ::snort::

Monday - Game Day! We took advantage of having Uncle Nate and Aunt Heather here for a rare visit. We do miss living near family. I wish the children had closer relationships with extended family.

Tuesday -We spent quite a bit of time playing a jousting game, and dressing Henry the VIII today. We had so much fun that Arielle came out and joined us. ::snort::

Wednesday - We (Elementary and Jr. High) are now in a module on whales. This is an amazing year for the younger boys - KNIGHTS and WHALES in the same year! ::snort:: This site has some awesome audio files of whales "talking". Cool. We've just begun to explore this area.

Our young men, Jared and Jamin, went to help take out and put up a new fence for the man who lives next to the site where they've been holding clubs for House of Faith. This was cool as the man was promised a new fence after his dog had been teased by the kids so many weeks....

Heather, my sister in law, told me about a demonstration that she did with her class before taking them to visit the OR Aquarium. I had to try it today as we have talked about how sound travels better through water than air. Science sheet and photos to follow. I'm not sure what we were supposed to learn, but this is how it played out for us. ::snort:: (My ears are still popping!)

Hypothesis: (What you think will happen and why)
Nolan (and all agree) the noise will be louder when there is water in the jar, because sound travels better through water.

Conclusion: (What have you learned)
Don’t tap windows at aquariums. Sound is louder and affects your inner ear more when it travels through water. 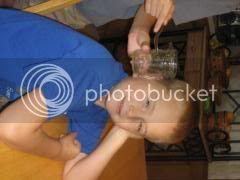 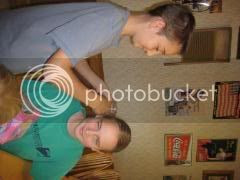 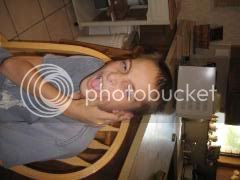