Guess What we Did Today?

Some "leave it all on the court"... Today I was proud to be the mother of a member of a small, but valiant homeschool basketball team. They were at a disadvantage. They played teams that had twice the players they had. They played two games with a one hour rest between games(while the other teams had significantly more hours between games). They lost both games. This brings their season from 5-1 to 5-3....but I was PROUD of them. They played some good teams, aggressive teams...and they learned some lessons, I'm sure. I realized that our fans aren't a very noisy bunch...I kept my yelling for the TEAM and I did cheer for each boy...but there was ONE time when I HAD to yell, "That's my boy!" He blazed down the court, dodged players left and right and made a basket. I thought it was appropriate to yell. Arielle wanted to die. Jared said it was o.k. I guess our fans aren't real noisy...but I was so PROUD of all of them.

They gave it their all. They fought until the final buzzer. That's hard to do when you are so outnumbered and behind.

As for leaving it all on the court? Jared chose to leave it all in a bathroom on the way home. ::snort:: I know he'll check the blog first thing in the a.m. and I'm determined to have photos up for him to see.

Yes, Mike took a lot of photos. 126 to be exact.....there are many of other players, but since they are minors and I've not asked to post photos....you get to see a lot of Jared and glimpses of the others. He's the blond one - number 20.

Maybe a joke or two will ligthen the mood 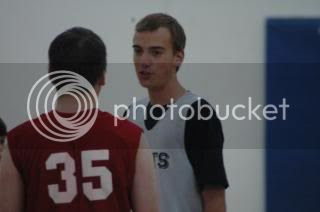 What ARE you doing? 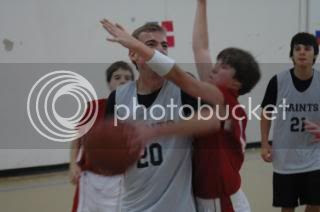 Get OUT of my way! 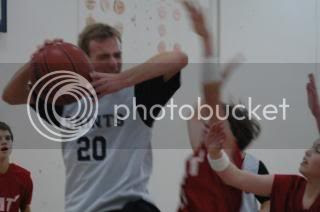 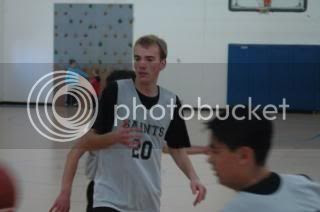 Ummm...what do I do about balls at my ankles again? 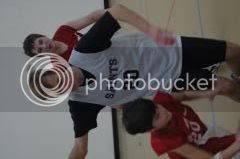 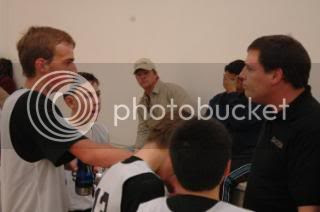 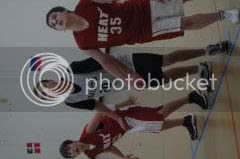 Ah....she loves him so much. With a fan base like this you can stand to lose a couple of games! 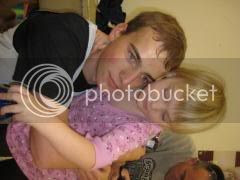 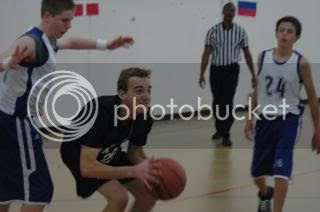 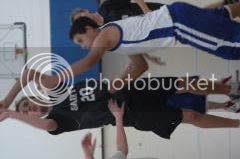 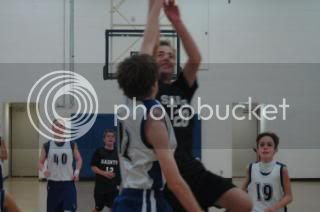 I honestly don't know if I would be any prouder of them if they'd won both games. It was a fun day.