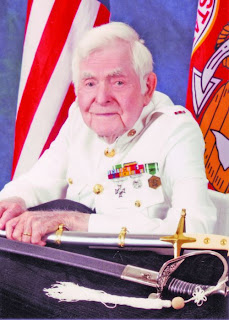 Earl F. G was born in Clarinda, Iowa, on Jan. 14, 1918, and passed away in Crescent City on June 17, 2012, at the age of 94. Earl’s early Iowa years were on a farm with his father, George; mother, Margaret; and brother Roy, along with several aunts, uncles, and families on nearby farms.
At age seven, his mother brought him to Denver for hospital care. He attended Denver schools and went on to attend Colorado School of Mines in Golden, Colo., for a year. This year showed his early interest in geology, rocks and metals.
At 21, he enlisted in the Marines and served in active duty throughout World War II, concluding on Okinawa in 1945 when the war ended. Early on he showed his talent for creative solutions and his commanding officers would set him on impossible tasks. He’d say, “Sure I can.” Then wonder, “What did I say? I’d guess I’d better give it a try.” Recently it was discovered one of the last missions had earned him a medal and commendation.
During the war he married Rella E and had two children, Kathy and Earl Arthur. He also embraced Rella’s two young children Michael and Robyn. After the war, Rella was an influence for him beginning the main work of his life as foreman of heat treating and chemist and metallurgist at a plant in Colorado Springs, Colo., that specialized in building airplane ejection seats.
He and Rella divorced in 1956. His boss commented that Earl picks himself up and goes on. He gradually had Earl set up with chemistry and metallurgy labs. In 1957 Earl married his present wife of 55 years, Mary Jean. Their children are Mary Kathleen, Rebecca and Michael. In 1970 a business associate invited him to attend a charter meeting for a new chapter of Full Gospel Business Men’s Fellowship in Colorado Springs. There he was baptized in the Holy Spirit and was immediately launched, knowing confidently God loves us, the Lord knowing and directing his talents for doing hard things. Family circumstances brought the family to Crescent City in 1973.
The jobs to fit him here were driving a school bus and working as a teacher’s aide. He also worked at Jedediah Smith Redwoods State Park for a couple of seasons. Later on, for about 15 years, he worked with a team of 4–10, ministered at the minimum security Alder Camp encouraging the men there to discover their assignment from the Lord and their special talents.
Funeral services for Earl G will be Tuesday, June 26, 2 p.m., at the Redwood Family Worship Center on Parkway Drive at English Lane in Crescent City. Son, Air Force Chaplain Major Michael, will be officiating. Refreshments following. Military burial honors will be held at the Fort Logan National Cemetery in Denver, on July 2, 2012.
Family prefers contributions be made to Redwood Worship Center.
Funeral arrangements are under the direction of Wier’s Mortuary Chapel.
— Submitted by Wier’s Mortuary Chapel

Our commitment is to be authentic.  Which means I've not been writing as it was simply to raw to write about.....but we're swimming in grace.

We did reunite at the airport in Tokyo.  The kids were tired and our plane didn't leave until midnight. 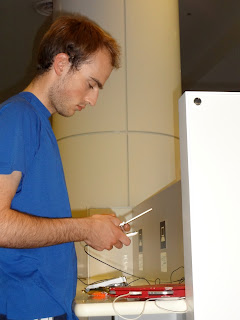 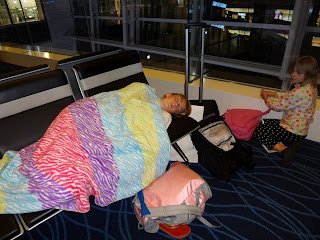 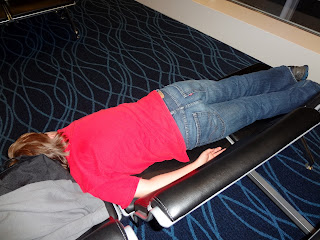 We landed in San Franciso hours before we left....we were struck with the NOISE, the rudeness, the fact that the luggage carts aren't allowed on escalators in America and, of course, the driving on the right hand side continues to give us a few adrenaline jolts. LOL  We also noted several who seem to want to be noted as making a statement...though we weren't always 100% sure WHAT the statement WAS. LOL


Michael had arranged for us to rent a SNAZZY mini-van and drive up to his folks' home. Though my seat was just a "bit" over-spoken for. LOL 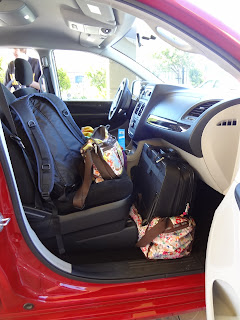 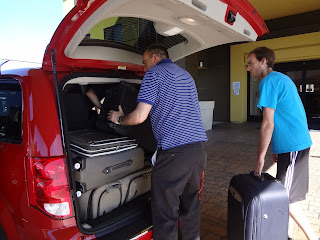 Three suitcases are Jared's and will go with him to TX. 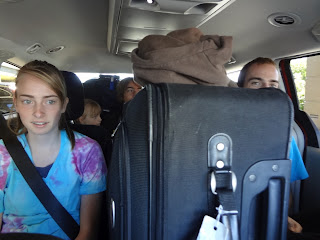 We stopped at Golden Gate National Cemetery. Michael's Grandfather and Granny Annie are buried here. Michael was out to do the funeral when Granny Annie died, but I hadn't been.  It was sobering to see row upon row of markers. 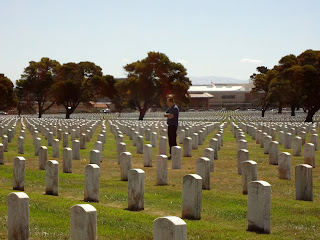 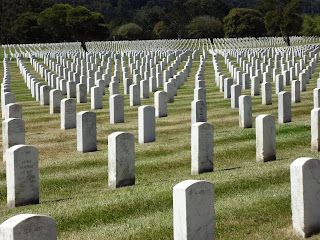 We headed out of town and up the coast line to Crescent City, California. 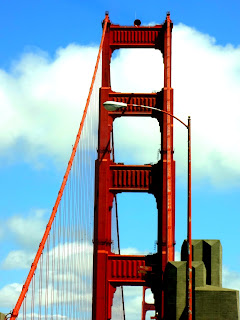 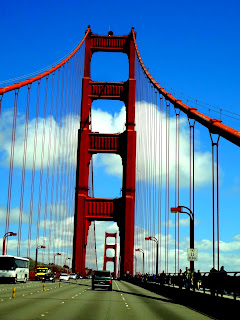 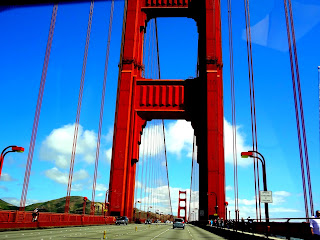 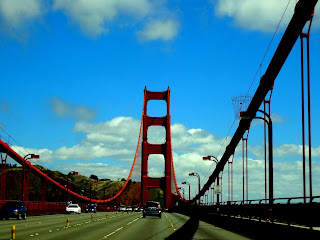 We stopped at one of Dad G's favorite stopping spots outside of town.....and couldn't resist a photo from the "other side" of the ocean. 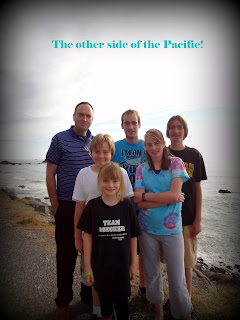 It has been wonderful to see Mom G.  The house feels empty with Dad G not here. I keep expecting him to come down the stairs, or call us over to hear our stories from the time which has elapsed since we were here last. Dad G loved to tell stories, and loved to listen to them too! He was the life of any party or get together.  Visiting at the house, with him not here, is surreal....painful....lots of happy memories....and no regrets....he knew we loved him, we know he loved us, we know he's with Jesus, he ran the race from the moment he met Jesus well....we're simply sorry for us....we're human and it hurts...but HE is better off. We know this.