{Here is a piece I've written for PWOCI, I thought I'd post it here too as it shares my thoughts and feelings during this week.} 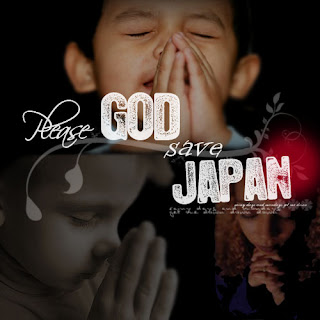 
De’Etta Goecker (Asia Region President)
My daughters and I had planned a PWOC Adventure to Korea, but God had other adventures for us in March.  Many of you heard I was driving from Misawa to Tokyo for the Tokyo Area Retreat when the earthquake hit. We left Sendai 40 to 60 minutes ahead of the earthquake.  It took eight days for me to get home to my family. It was 20 hours before I heard from my family. Our children were alone during the earthquake. It is not a time I want to relive, yet I wouldn’t trade the lessons I learned during the week of March 11th for the world. Someday, I’ll share.
It is no accident that Asia Region was formed 1 ½ years ago. As we’ve focused on this year’s theme, “Shine in the Light of His Glory,” and as we’ve prayed for revival in Asia, I believe God has been preparing us for this season. Light shines brightest in darkness.  We are poised to SHINE in Asia (both to frightened military spouses and to a beloved land which has lost so much).  I’m eagerly anticipating the kingdom business God will do when we all meet together in Tokyo for the First Annual Asia Region Conference in November 2011.  God has been setting things in motion for revival in Japan. I know this.
We so appreciate the outpouring of love, prayers and offers of assistance from across PWOC. You’ve often moved me to tears.
Please continue to pray for the nation of Japan, the rebuilding process which will take years, the HOPE of JESUS to be seen and embraced in Japan, and for your fellow PWOC sisters in Japan.  You’ve heard about the voluntary departures, the shortages, and the continued worries.  I’m sure as you place yourself in our shoes (crocs), the Holy Spirit will guide your prayers.  There are challenges for both those who chose to leave and those who chose to stay.
Japan has been called “The Graveyard of Missions.”  While I don’t believe God caused the earthquake, I DO believe He can bring great good from terrible disasters. Our God is in the business of redemptive restoration.  As I prayed about this in the days after the earthquake, I believe God directed my prayers in a clear direction. Please join me in praying for the cultural narrative in Japan to change. Previously, it was considered dishonorable to accept a gift which you could not repay in kind.  I believe as Japan begins to understand there is no dishonor in accepting a free gift you cannot repay, it will create a new bridge for the gospel of Jesus to speak into this culture.  Pray for missionaries and Christians who will invest their lives in crossing that cultural bridge to bring the Hope of Jesus to Japan.  We dare not miss this opportunity.
I continue to choose joy in Misawa, Japan!

Joyfully Penned by DeEtta @ Courageous Joy at 12:23 AM 5 Gracious thoughts

Mini-me begged to bake brownies (below) and go for a walk today. It seems she gets cabin fever. ::snort:: No one else wanted to walk, but the snow had melted so we set out. 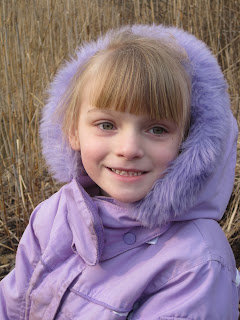 First off we noticed we are the only family which chose to stay in our two block subdivision. We did find a few children in the subdivision over and will see if more show up on the weekend.


These guys were really happy to see us. I forgot treats and they kept getting into my pockets in a search for carrots or apples. 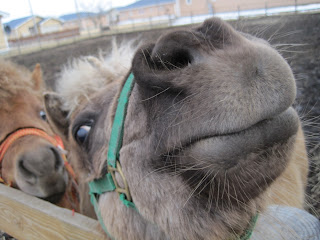 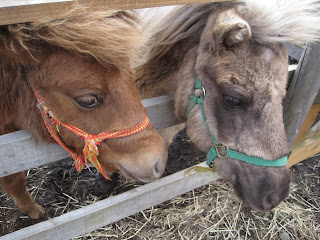 Stacia enjoyed "fishing" in the pond. I enjoyed sitting on a stump and soaking in the peace. Nature has a way of centering me.  It was incredibly peaceful and quiet here today. We'll be back here. (Local folks, yes, I know it says KEEP OUT, but the farmer has told us we can fish in the pond). 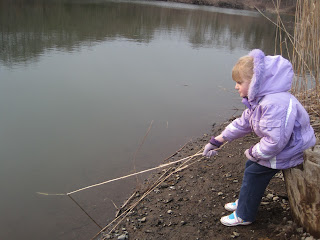 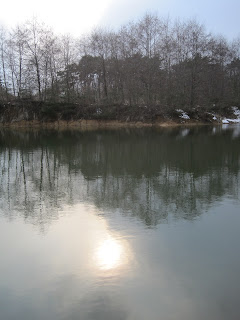 Signs of springs! This was really encouraging after the snow which greeted us this a.m. 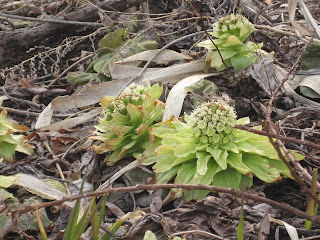 Jared went to base for soccer "practice" - they aren't allowed to have formal practice but the kids can get together and practice on their own and maybe they'll still be able to play a game or two this season.
Michael is at work.
I have worked on some PWOC tidbits.  I've also started to try to figure out what to do about my house. Everything which was on shelves is stacked around the floorboards...not sure how much longer this should last.....no real big aftershocks today....maybe it is time to put things back up.
Choosing Joy!
©2010 D.R.G.
~Coram Deo~
Living all of life before the face of God...

Joyfully Penned by DeEtta @ Courageous Joy at 12:12 AM 0 Gracious thoughts

Stacia begged to bake brownies today. I was clearing my desk and found this recipe. 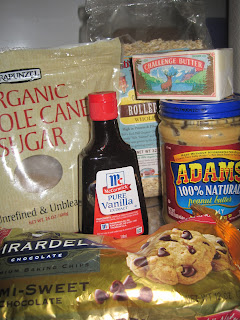 Have our assistant melt bugger over medium heat: 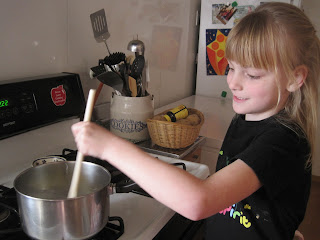 Once melted add sugar, vanilla and oats. Stir until it's a sticky mess!
While she's occupied combine peanut butter and chocolate in a microwave safe bowl and melt.
In a greased 8x8 pan layer 1/2 of the oat mixture (press down firmly), the chocolate mixture (reserve some to drizzle on the top), top with remaining oat mixture (lightly press down), drizzle chocolate on top. 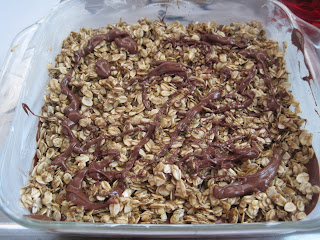 Put in fridge for 3 hours...or until you can't wait any longer ;-) The kids love this one. I'm not tempted - this sugar fast seems to be working.  Not sure if the rolled oats "work" but I have children who will eat raw oats.....seems more fudgey than brownie like....but Stacia was happy with the results. 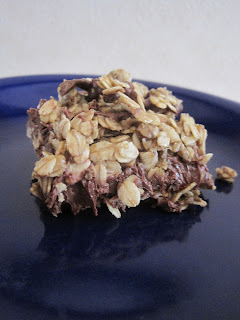 Joyfully Penned by DeEtta @ Courageous Joy at 12:01 AM 0 Gracious thoughts