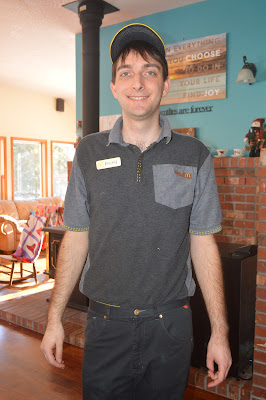 Nolan began working at McDonald's in July. He was a part time hire working 30 - 40 hours a week within a month. A month after THAT he was scheduled 40 hours a week, during the off-season. He routinely works overtime.  They began to train him in all areas, which means he's often the go-to guy to call when others call in at the last minute. He's received positive feedback.

Nolan began the process of becoming a manager at the end of last year. Background check complete. Tests studied for and passed. Extra training completed. Last night he came home with his new uniforms. 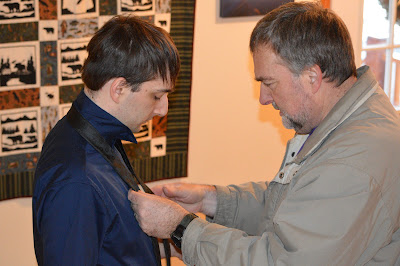 Gone are the tight shiny black pants with the yellow and red trim, as well as the hat! He added a dress shirt, looser pants, a magnetic name tag and tie! Looking sharp. He's now considered a full time employee,  and got a another nice raise with the promotion. 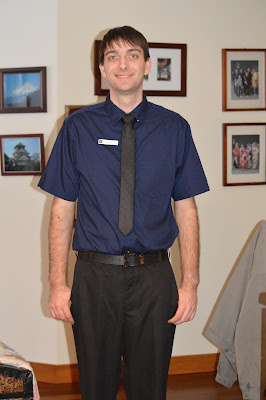 He is being trained to be the opening manager - meaning he will once again have his weekends free. This schedule will work well with college classes. We're proud of you, Nolan.