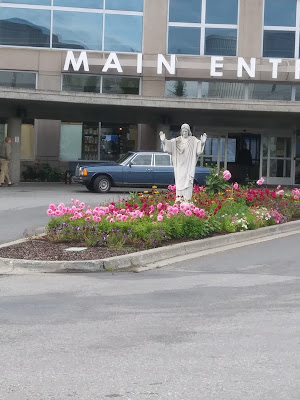 We did not expect to be back at Providence this morning. Jared was running a fever and nauseated. They had him come in and checked his blood, his chest, his incision and did a heart ultrasound. They gave him meds for nausea and Tylenol/Advil and SENT HIM HOME. I was shocked.   However, we knew he was in good care at home with Larissa. She kept in touch with the ER Doctor and the Cardiologist. His fever climbed to 103.4 and still they said not to come in....though there was concern about infection and sepsis.  Odd, odd, odd.  By Sunday morning his fever was down to 100.....and today (Monday) its still down lower than what they consider alarming.

In other news, I picked up a grill that was on sale for Labor Day. I did this when I was sent to Lowes last night for various pieces of pipe, axe handles and such. Michael put it together and the Gherkins who were about, and the H family enjoyed a burger burn. 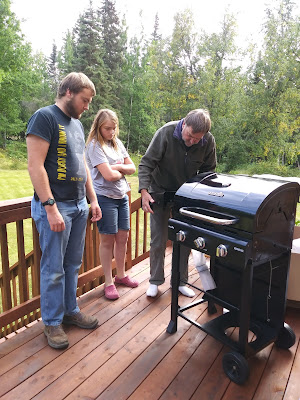 The final touches of the project.... 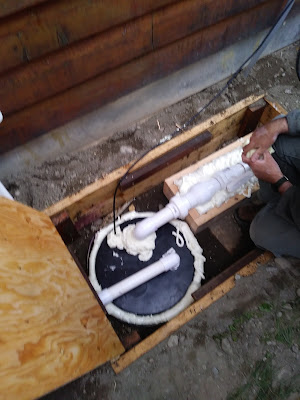 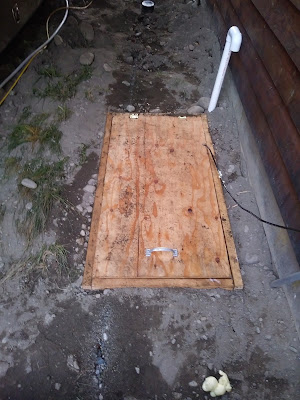 We have to admit the seasons are changing. Fall is here....hoping it stays a bit of time. 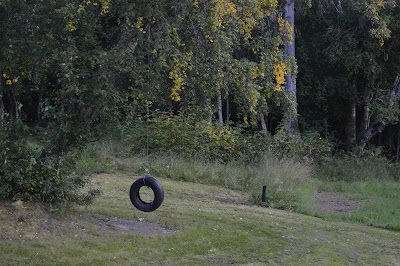 See the termination dust in the mountains? These are not the ones at the end of the block...but it's coming. 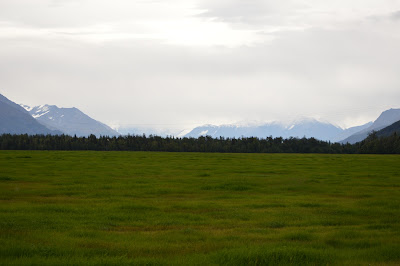