July 4th - before the RAIN of 2022 began! May and June were beautiful. I believe June was the hottest on record for our area.  Things were looking BROWN - they are bright green now (Aug 13th). LOL

We planned a laid-back 4th of July - and that IS what we had.   BreZaak were home with covid. We knew CyRi was out at her parent's lake house (I think). JaRissa may have been with them? In any event we knew Jamin was coming over.

Since we didn't have a big crowd to prepare for the girls took Jamin up on his offer to go paddle boarding in the morning. I stayed home to get a few things ready...thinking there would be LOTS of summer left for paddle boarding...the great rain of 2022 began July 8th and I've not made it out to play in the lake....next summer?  Thanks to Allie for grabbing these shots to share! 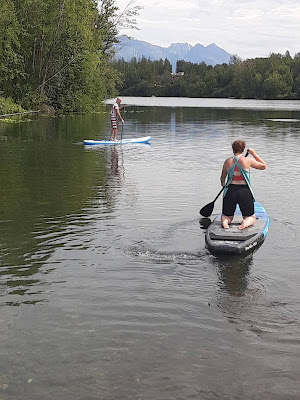 At some point CoRielle said they'd drop by after the boys' naps. I told them we had enough burgers for them to stay to eat if they'd like. She must have been a bit perplexed at my response. She brought brownies, I think.
Jamin got lots of play time in with the boys....working on the favorite uncle title. Before today, Cory was the only one doing flips on the trampoline...by the end of the day he was joined by Jamin and Benny. 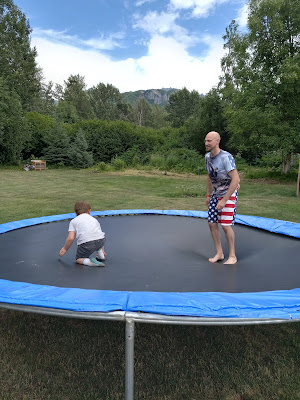 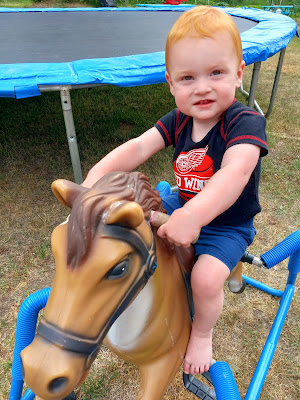 Jamin had a bit of a shadow. They moved on to ladder ball. 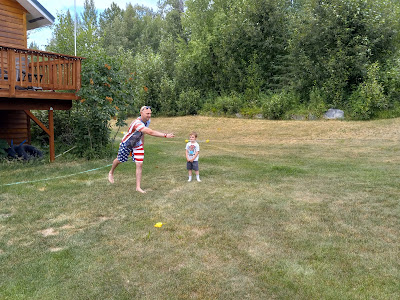 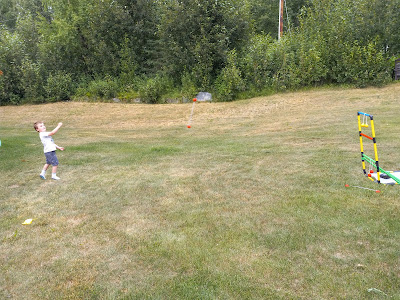 Cory and the boys began a game of tag. 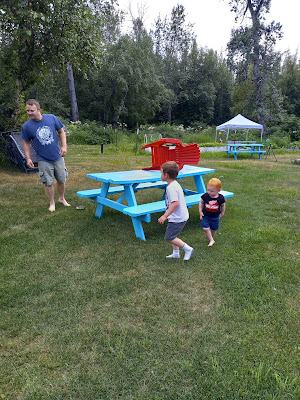 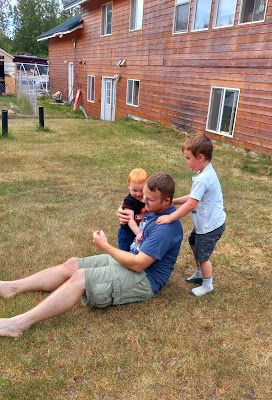 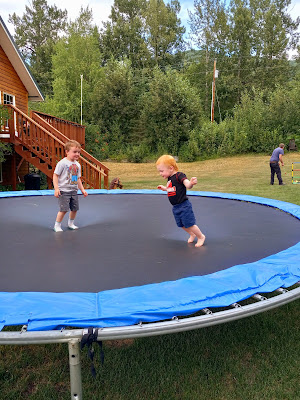 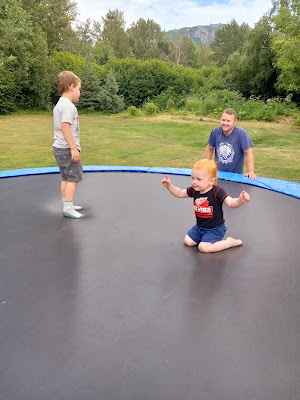 We were thrilled when JaRissa stopped by. 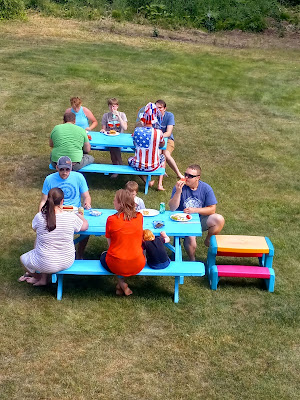 Surprise visits by kids, brauts, and watermelon - Mike's in his happy place! 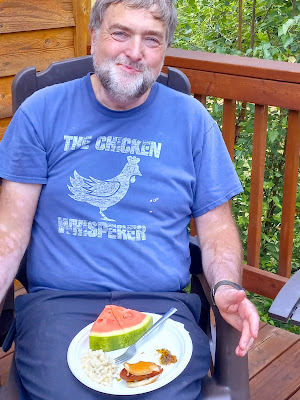 Look LIV! CyRi stopped by as well....our laid back (albeit a bit lonely) 4th had become an impromptu celebration. Or at least that is what it felt like to US. It turns out there was a group chat for planning the fourth I didn't receive....Arielle said she began to wonder why I hadn't commented. ROFLOL  We love the kids dropping by whenever, we had figured it was our turn to share...give them space....and they wondered why we weren't commenting.

It was a great day!

Jamin is in the process of buying a home in Wasilla. He'll be a bit closer to us - maybe. It's about an hour from where he currently lives. He is purchasing a 4 plex in Eagle River and has been living in one of the units. That one will be rented out and he is moving to a darling 3-bedroom house.  We drove out to check it out after everyone had gone home. 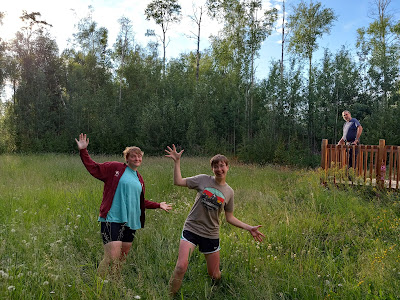 It's in a great area and his improvements will increase the neighbor's property value...all in all a win.  He has a great big yard...a tad overgrown at this point. LOL  We'll have to visit again now that he's there and take a few tame photos.

Joyfully Penned by DeEtta @ Courageous Joy at 7:41 AM