I'm here to tell you - it's all SILLY. Iwakuni (Marine/Army) had the worst lodging we've stayed in. Camp Zama (Army) best lodging to date - they even serve a free breakfast in the breakfast lounge! I've never seen such treatment at Air Force lodging. ::wink:: And....New Sanno is NAVY and it's GORGEOUS - though not really in the lodging class in my opinion.

This MPX is bigger and nicer than anything we have in Misawa or had at Goodfellow (our last assignment) - and our base population is at least double of that on Iwakuni.  After a long day of playing tourist, we stopped in to pick up some shower gel. ::snort::

Escalators - big selection (at least by our measure) 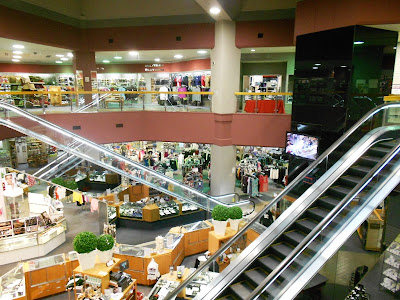 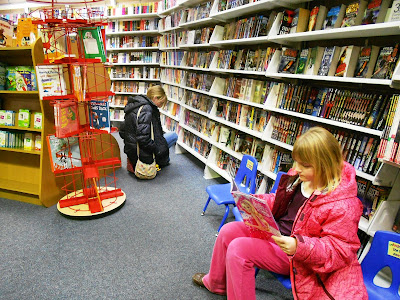 All that to say - really - it just depends on what money the installation has managed to snag...and which repairs they snagged said funding for. LOL  The envy is silliness.

And this is another site from the Iwakuni MAB.....which doesn't fit elsewhere....a training site. 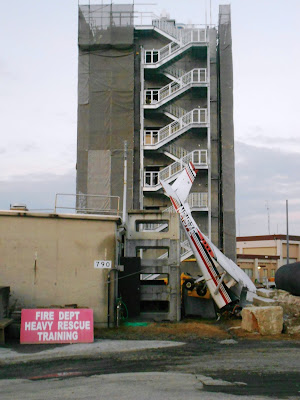 Joyfully Penned by DeEtta @ Courageous Joy at 2:13 AM

Good points! Our time at Yokota was plush, but we did greatly enjoy our visits to the New Sanno and our visit to Yokosuka's shopping area way back when (before the YCC was finished). The new model for Army lodging IS impressive; we have one of those here in Wiesbaden. Okay, so we're all very blessed! (another post maybe about lengths of deployments...sigh)

The Marines have few BXs. Two look just like the one you took a photo of. I try to go to Henderson Hall every time I am in DC. We lovingly call it the Norstrom's of the military shopping system.

{{{Mel}}} We do not have the long deployments you have...Navy has even more than anyone I think. We do have "remotes" which are 12 - 18 months - but they aren't termed deployments and they don't happen every couple of years. Love you.