Zander (ALEX) has done an exceptional job of waiting for his birthday celebration. We finished eating Nolan's cake last week. We hoped all his gifts would arrive in time to make his cake and enjoy a party tonight. The kids bought him gifts here...only one of our gifts have arrived...but he opted for whatever gifts WERE here and cake tonight. ::grin:: 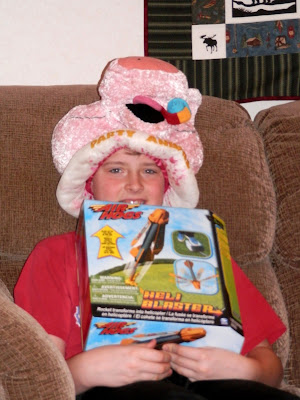 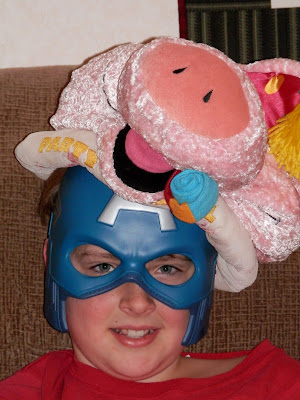 Michael and I got him this. He has vision of taking care of the crows...but we aren't sure our Japanese neighbors would appreciate this as much as he seems to think they will.  He was told he can target practice....and he's adapted and now has plans that involve snowballs and fields. ::snort:: 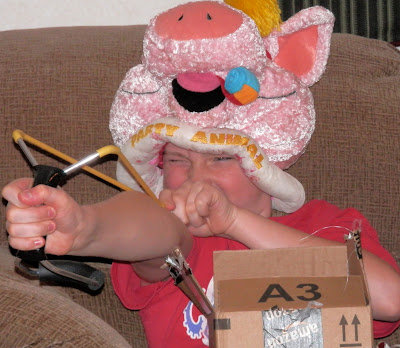 Death By Chocolate - we adapted and used Reeses instead of Twix; Late July cookies instead of Oreo's and Keebler  - so that it was on Zander's eating plan. It was just as good as the original. Every time we eat this I remember the Millers, Rileys and Woolards from San Antonio.  He'll choose his birthday lunch out tomorrow. 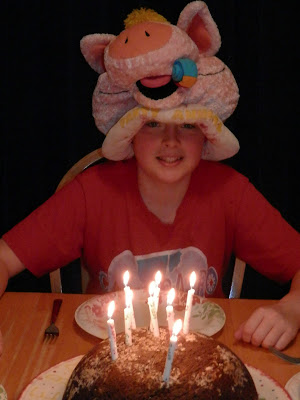 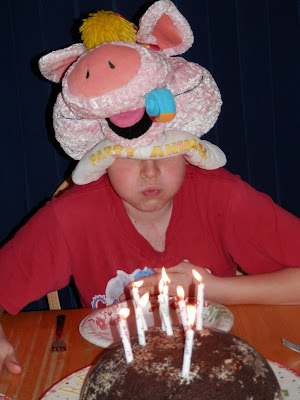 We finished the evening with a family circle that involved discussion God as the God who "sees to it" (Provides) - Gen 22.  We discussed the "its" in our lives where we long to watch Him SEE TO IT. We discussed worship being all mixed up with sacrifice and surrender. We discussed WHY God would ask such a thing....we grew...old and young teaching one another. We also read several chapters from Amon's Adventure. 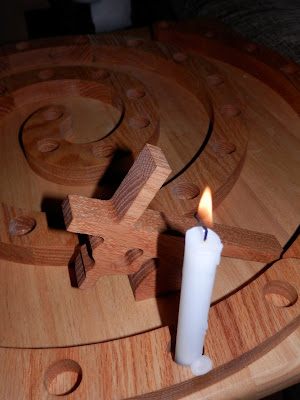 Joyfully Penned by DeEtta @ Courageous Joy at 3:49 AM

Alexander: WOW! late birthday celebrations are the best because people are very open to you at such a time. :):):):) love your new face mask...... you look neat.
goodness 2 birthday's this year for you. :):) HAPPY BIRTHDAY AGAIN!