Of Memorials, Farewells and High Water

Saturday was a tough day.  The memorial service was longer than John S thought it would be - quite a bit, actually.  Bob Burt was an amazing person.  He was local to the Springfield OR area before joining the Navy's Chaplain Corps.  He eventually rose to be the Navy's 24th Chief of Navy Chaplains - a 2-star Admiral.  He just was all that and more.  I was really looking forward to getting to know him, but God's plans have a way trumping our plans.  He knows better even when we do not understand.  He loves fully whether I see it or not.  He cares for us completely even when I feel alone.  That is just the way it is.

The reception was a fun meet and greet with many old friends of Open Bible.  It was fun to see where the Lord has led them through the many years. 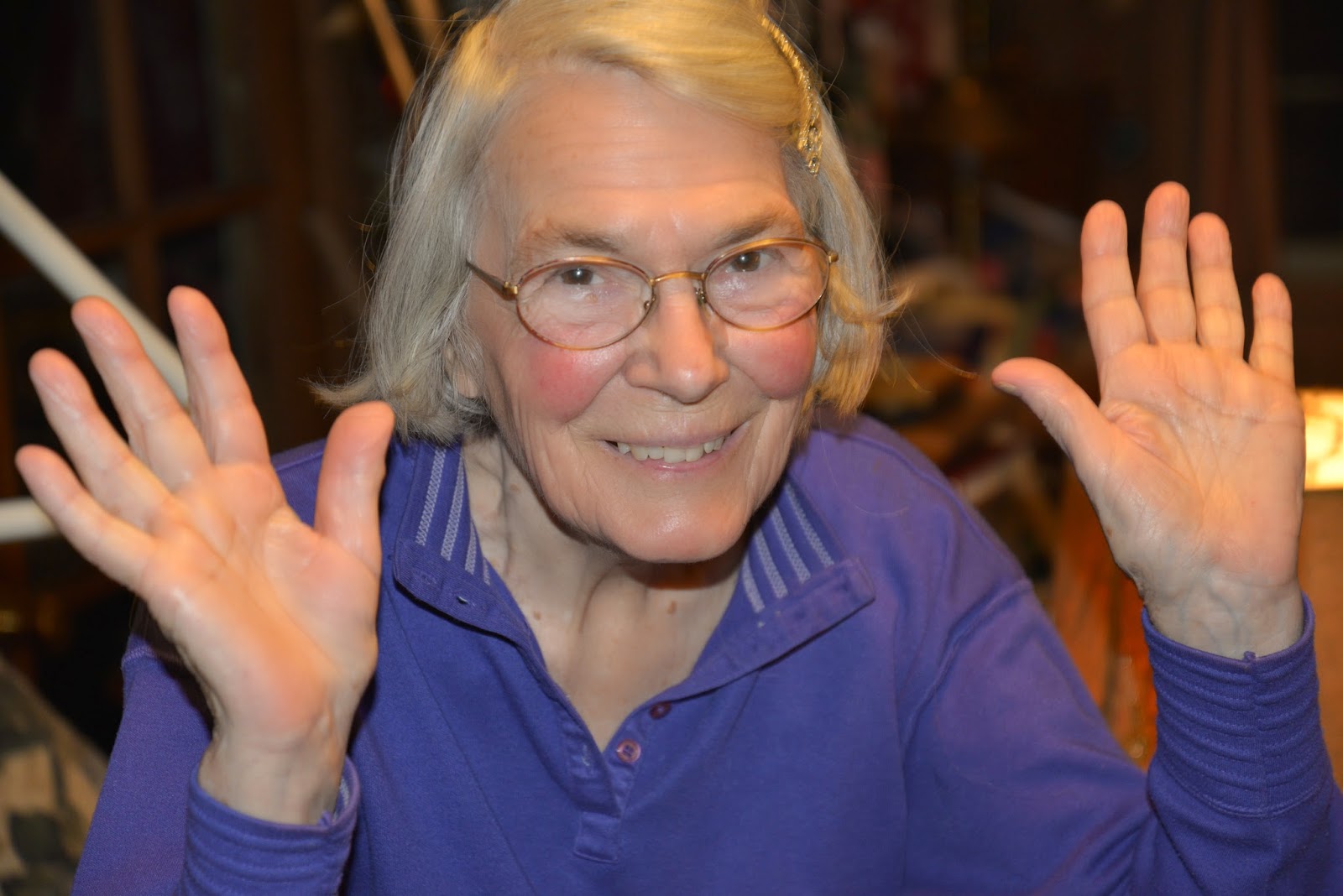 The day to go home finally came.  We decided to make a slight detour on the way home and stop in to see G-Ma G, my Mom.  We did not get a particularly early start on the way out of town.  Nolan and I went to Church at Calvary and then we went to Krista's church on the other side of town.  It was nice to see so many before we left town.  Still managed to miss some, though.

Next time when there is a bit more time we will make sure to catch up with everyone. 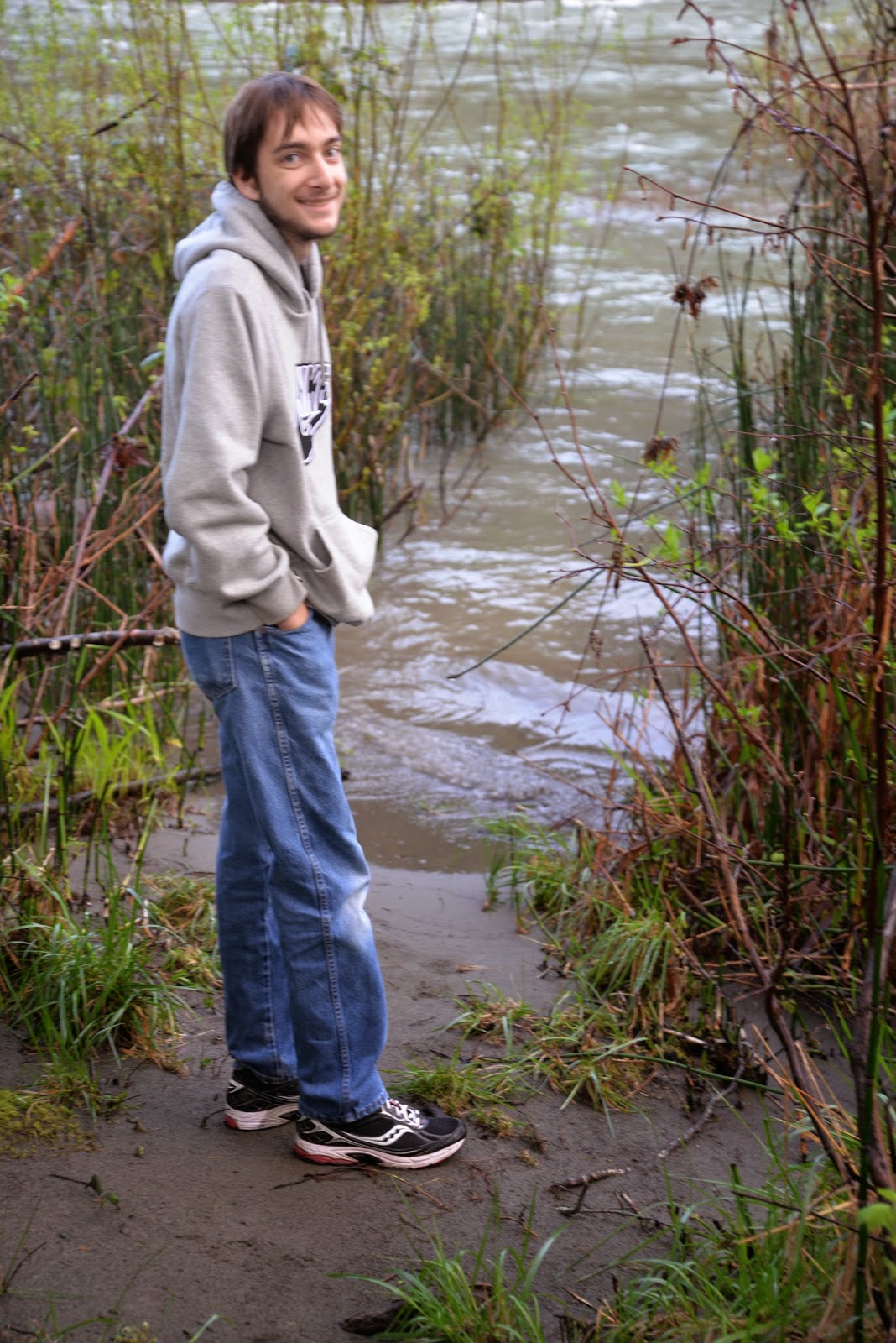 We hit the highway around 2 PM and headed for CEC.  The rain had been coming down very steadily.  Usually in such times, the river has a tendency to show its other personality.  The rain brings out its schizophrenic nature.  It transforms the river from a lilting lady to a brash, loud, mean, raging street fighter in just a short amount of time.  We were expecting the street fighter.  We rolled in a bit later than we wanted, after all, we had to stop at DQ to do our duty to ensure their quality was up to specs.  The DQ corp. office should be more thankful that we are diligent about this self-imposed responsibility by supplying us with coupons or something...

It was mostly dark by the time we rolled in.  You could hear that the "street brawler" was trying to make an appearance, but it did not sound like the transformation was quite complete.  Mom had a nice fire going in the wood stove.  When that thing is fed enough wood, it can heat that entire house.

We had a fun evening looking through more pictures and talking about old times.  Those conversations are always fun.  We had brought a plate of lasagna with us so we threw it into the microwave and toasted the bread we had brought as well.  It was a good evening.  Nolan and I retired to the upstairs where we were able crash out in the big bedroom as we listened to the river quietly rage through the night.

Big Rock is barely visible as the waters are mostly pouring over it. 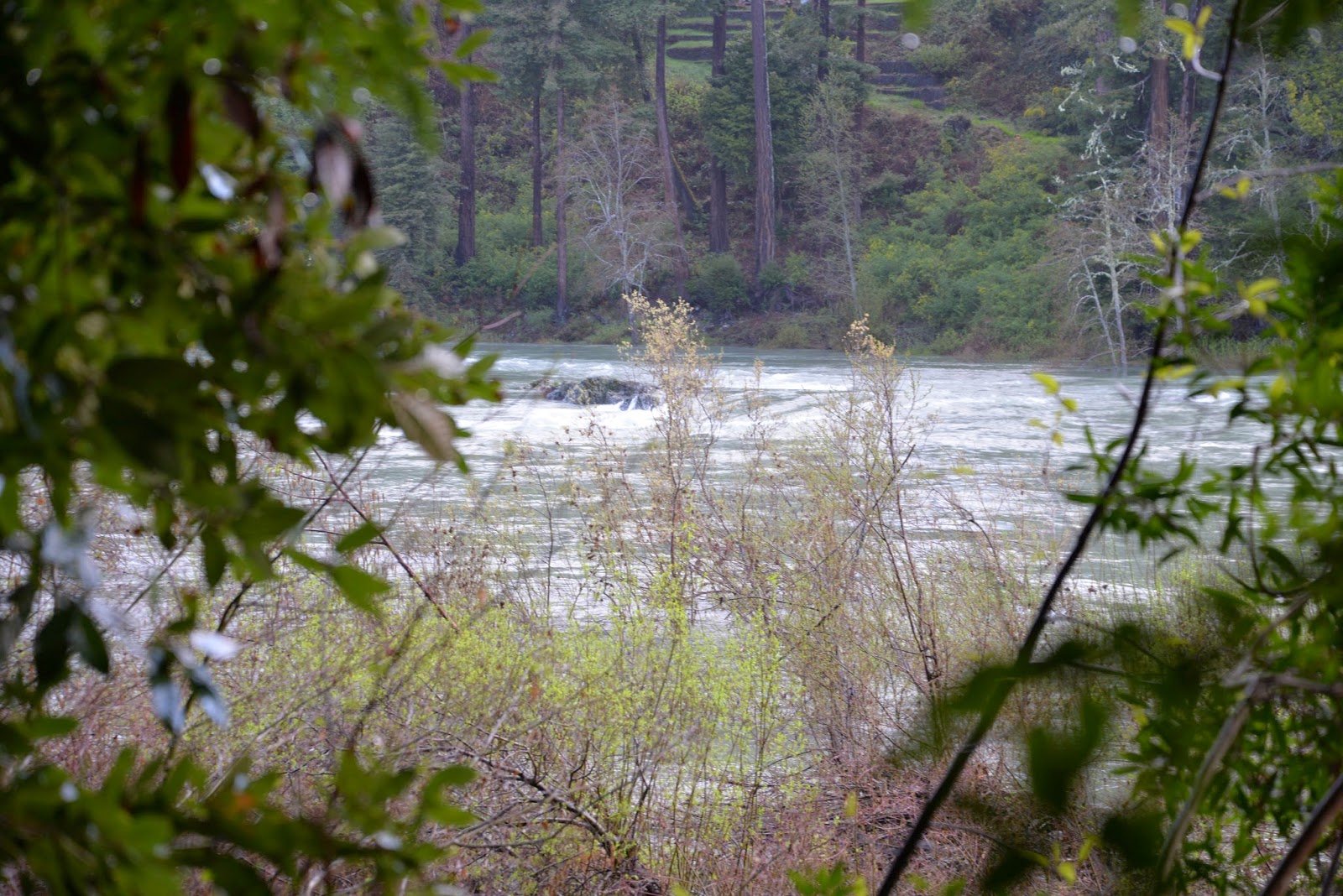 In the AM we worked a bunch of smaller projects for Mom and then went for a walk.  Yeah, the rain had stopped the day before and the lilting lady was slowly making a come back.  The river was up to about fifteen feet short of the bottom of the trail - far below "street fighter" level.

Nolan and I walked down the road into the Redwoods a ways.  We wanted to get a good look at Big Rock.  It was mostly covered by water. 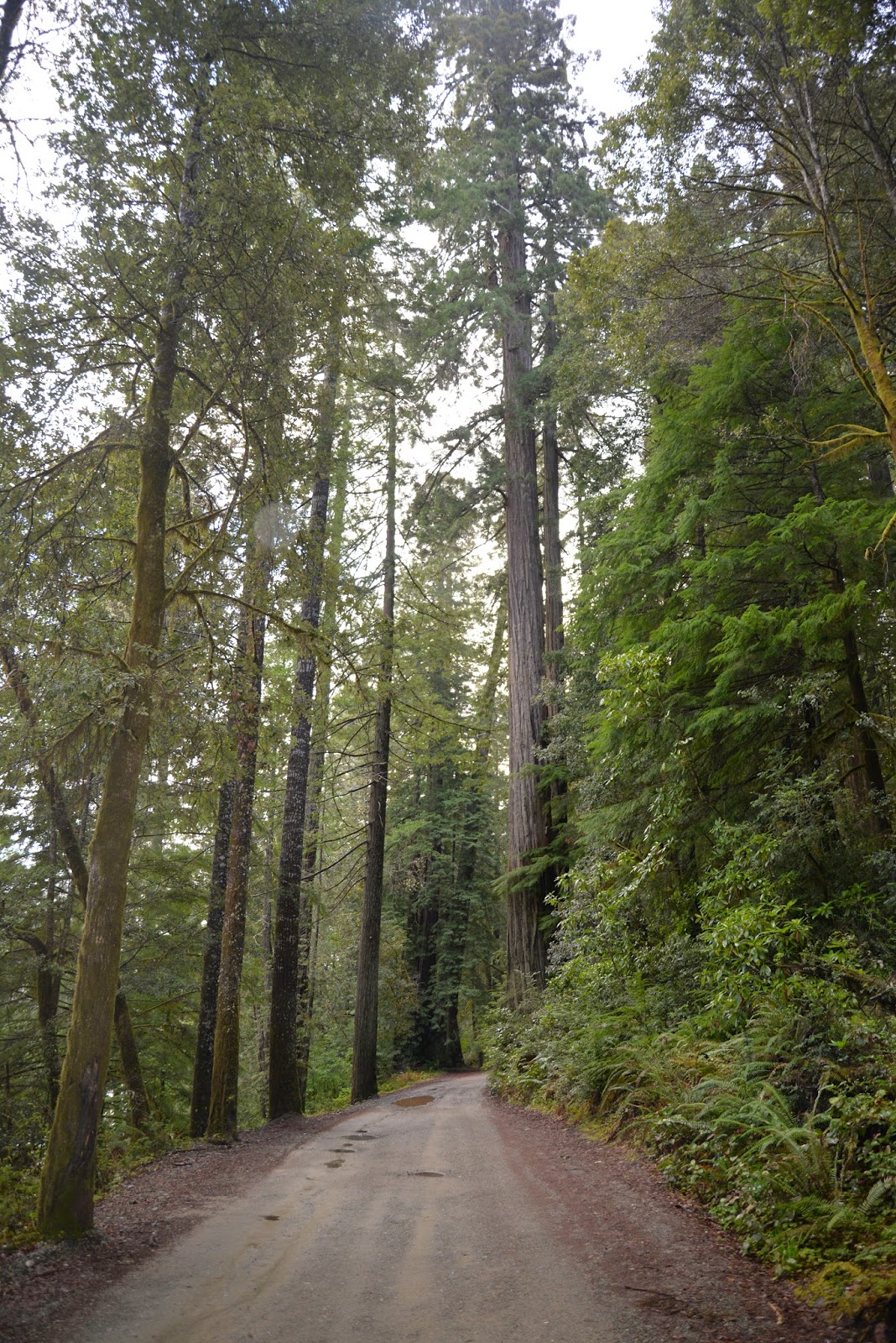 We walked down a ways further to the old cable car crossing.  They finally figured out how to lock it up so kids cannot take it out for midnight rides - not that I would know that much about such a thing...  We walked up the other way a ways and then headed for the house to say our farewell and hit the road.

It was a good trip, but it was good to be home, too. 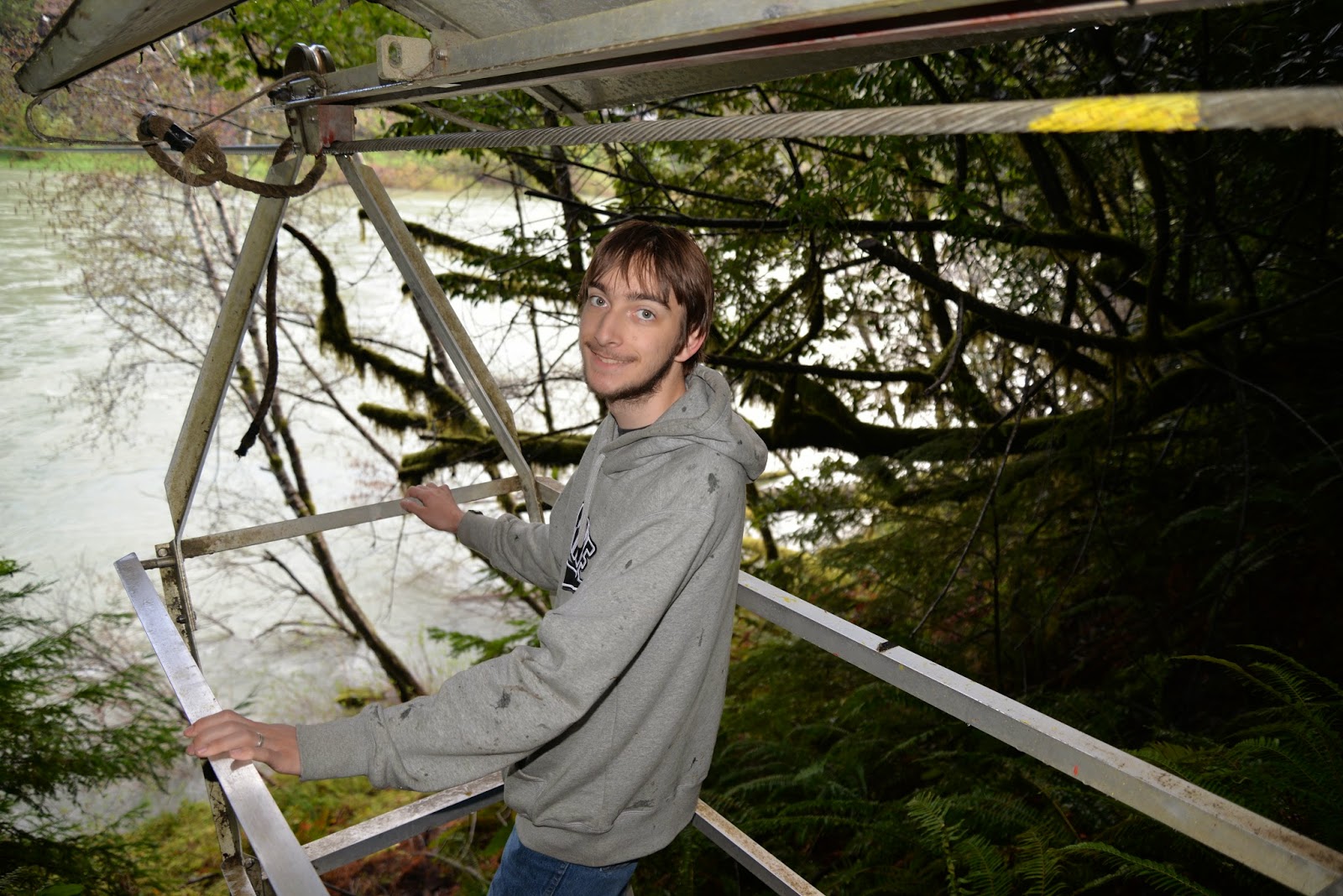 The river needs to come up another 15 feet before the "street fighter" really makes a showing.  That is a sight and sound to behold.  It simply roars with rage ready to brawl with any that would dare to cross it. 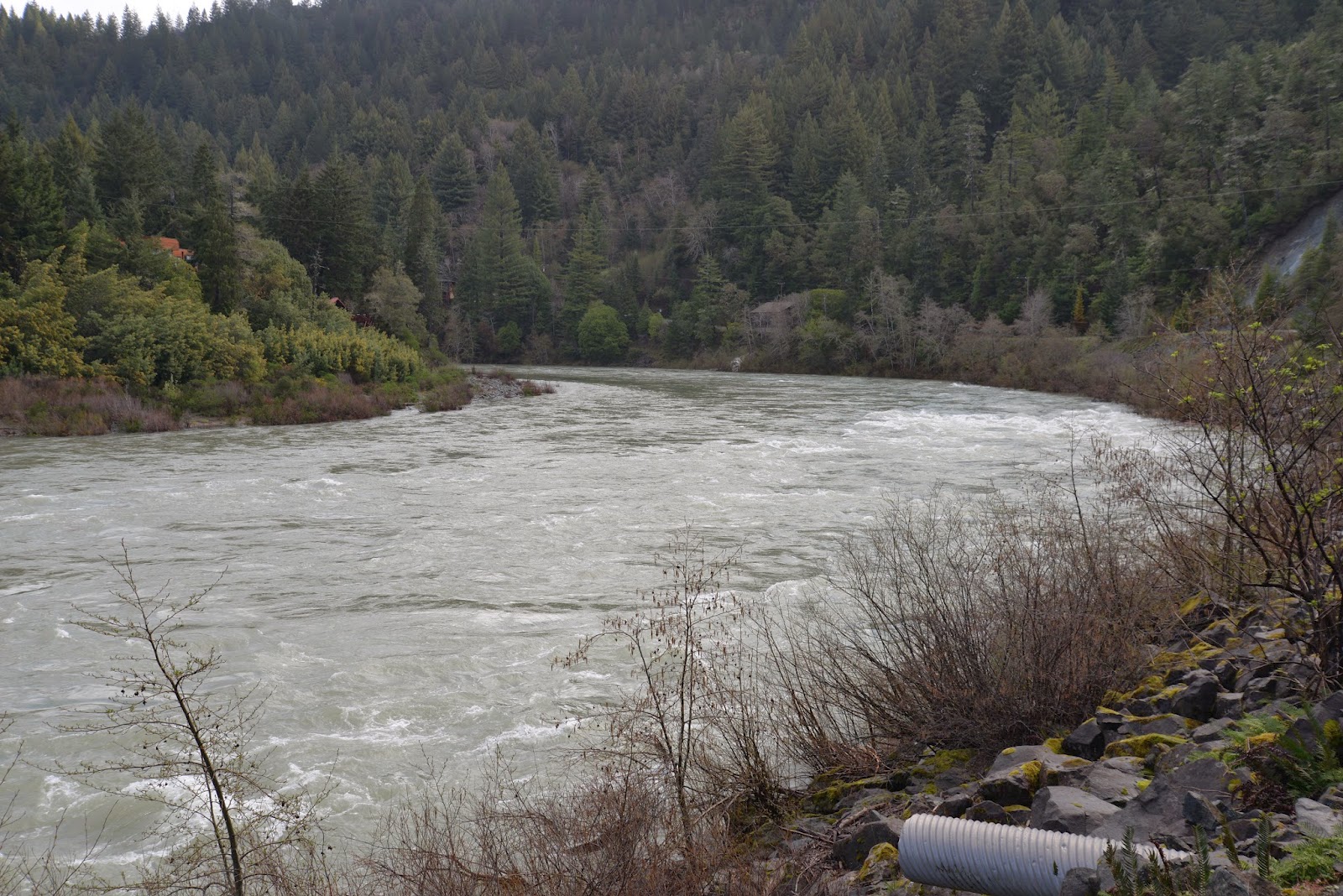 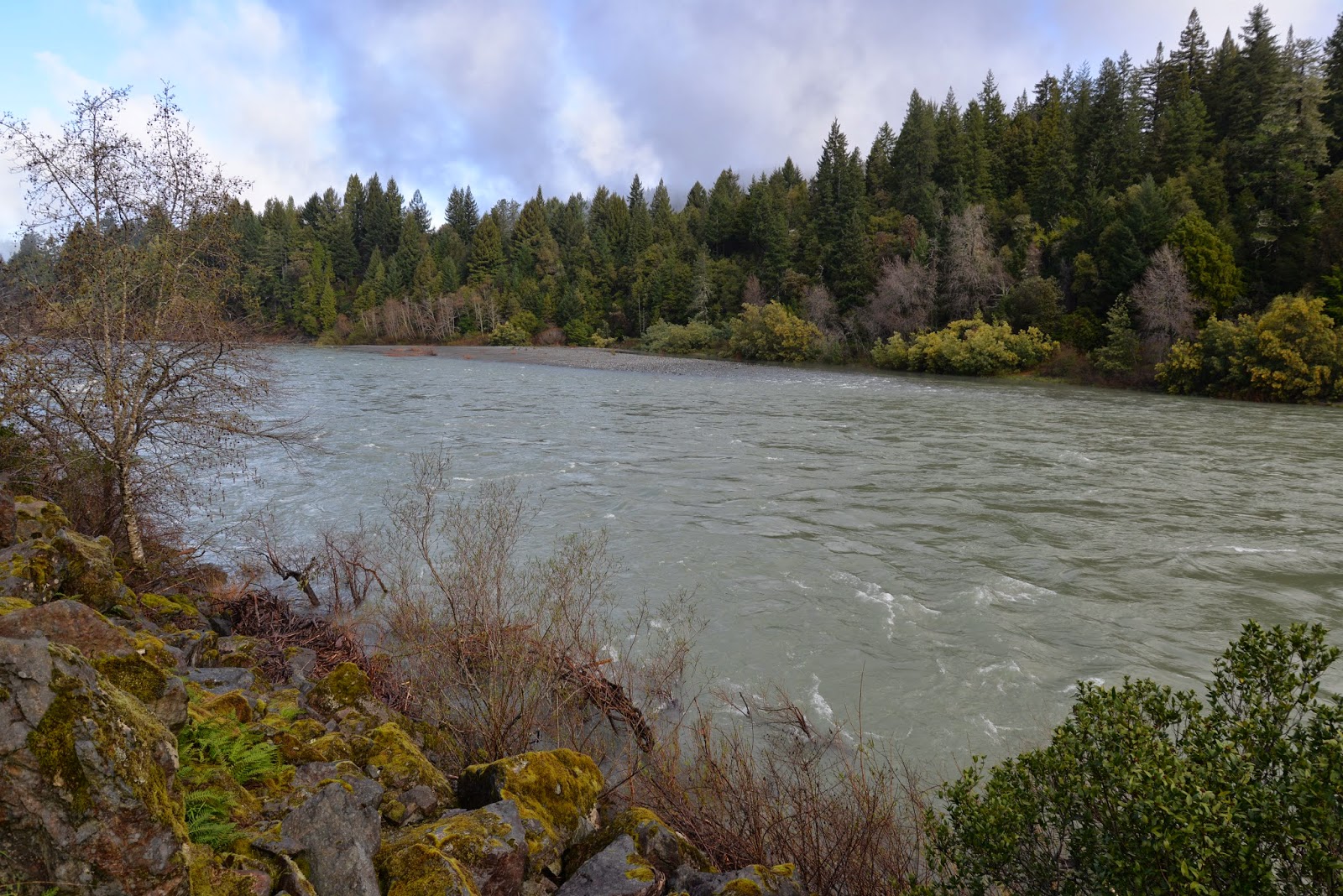 I included this Madrone tree just because... 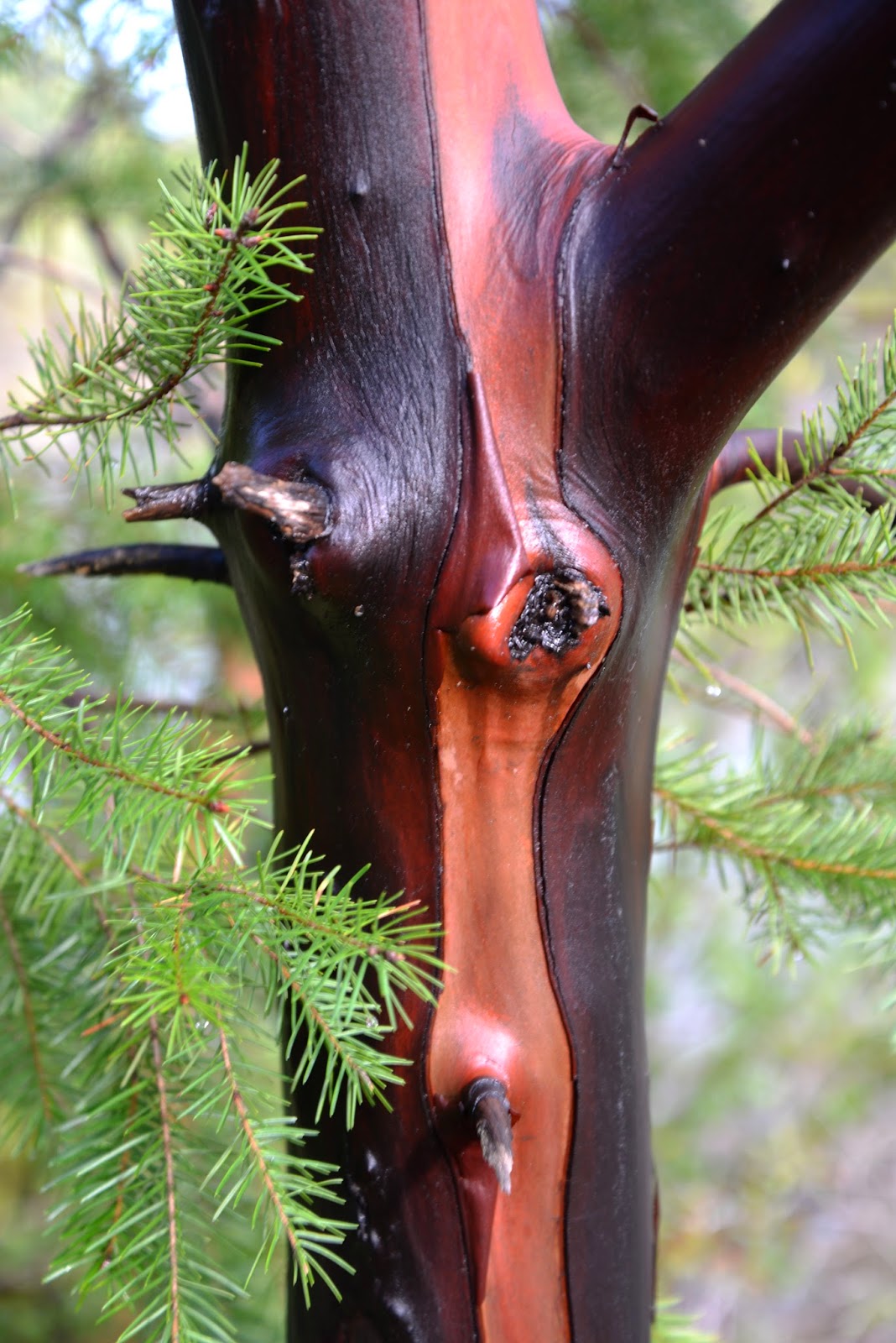