While I was learning how to make Baklava....on the other side of the annex...these gals were making all sorts of strange VBS decorations! I felt bad not helping...BUT I also knew I'd be helping on Saturday, and working Thursday night and had donated and am a station leader this year....AND my MAIN-ONE-THING-ministry is PWOC and I'm doing a lot of planning right now for a training/planning retreat.

I finally settled in my heart - as I rolled filo dough - that "it was enough."

The box is filling up! 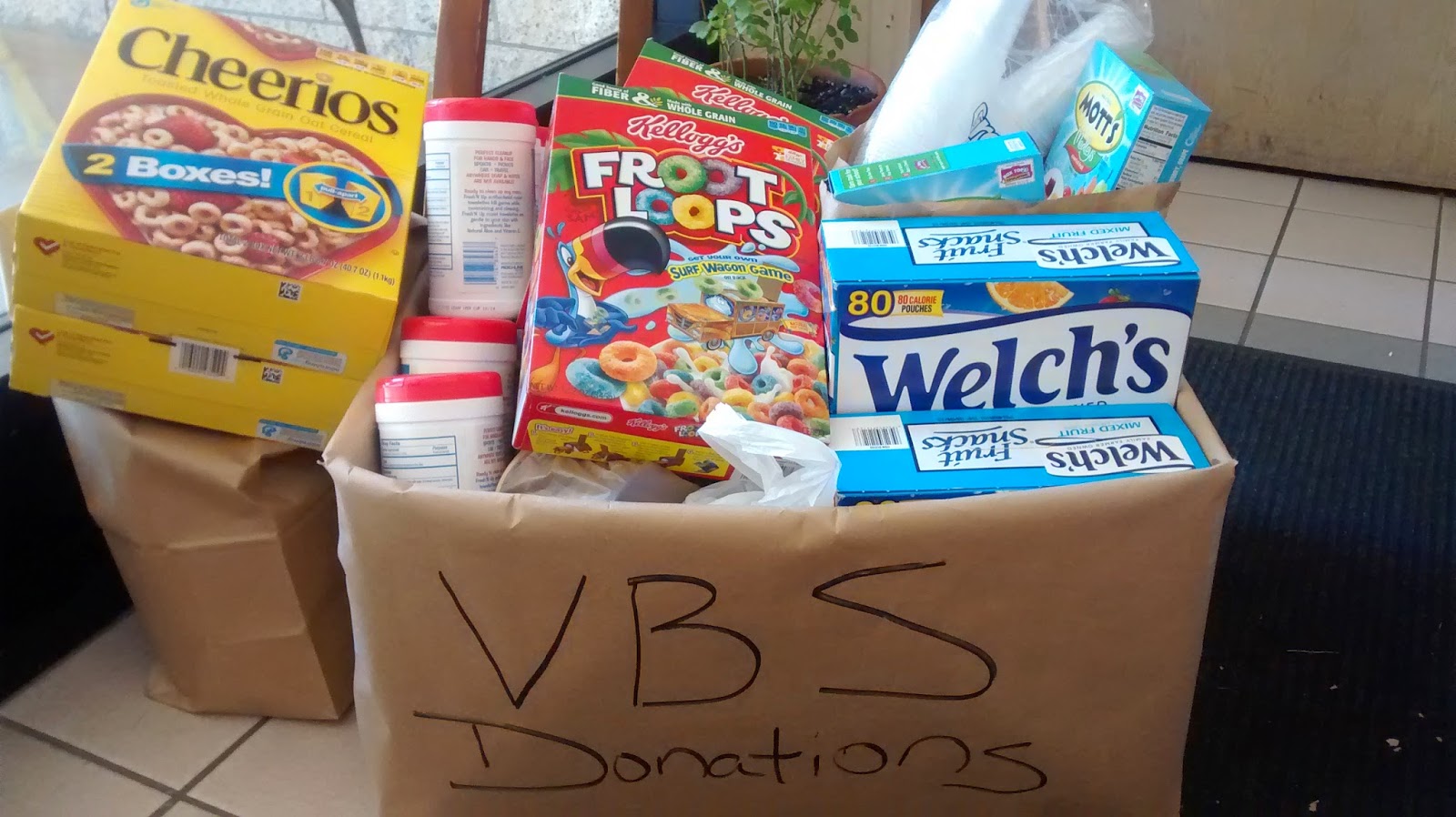 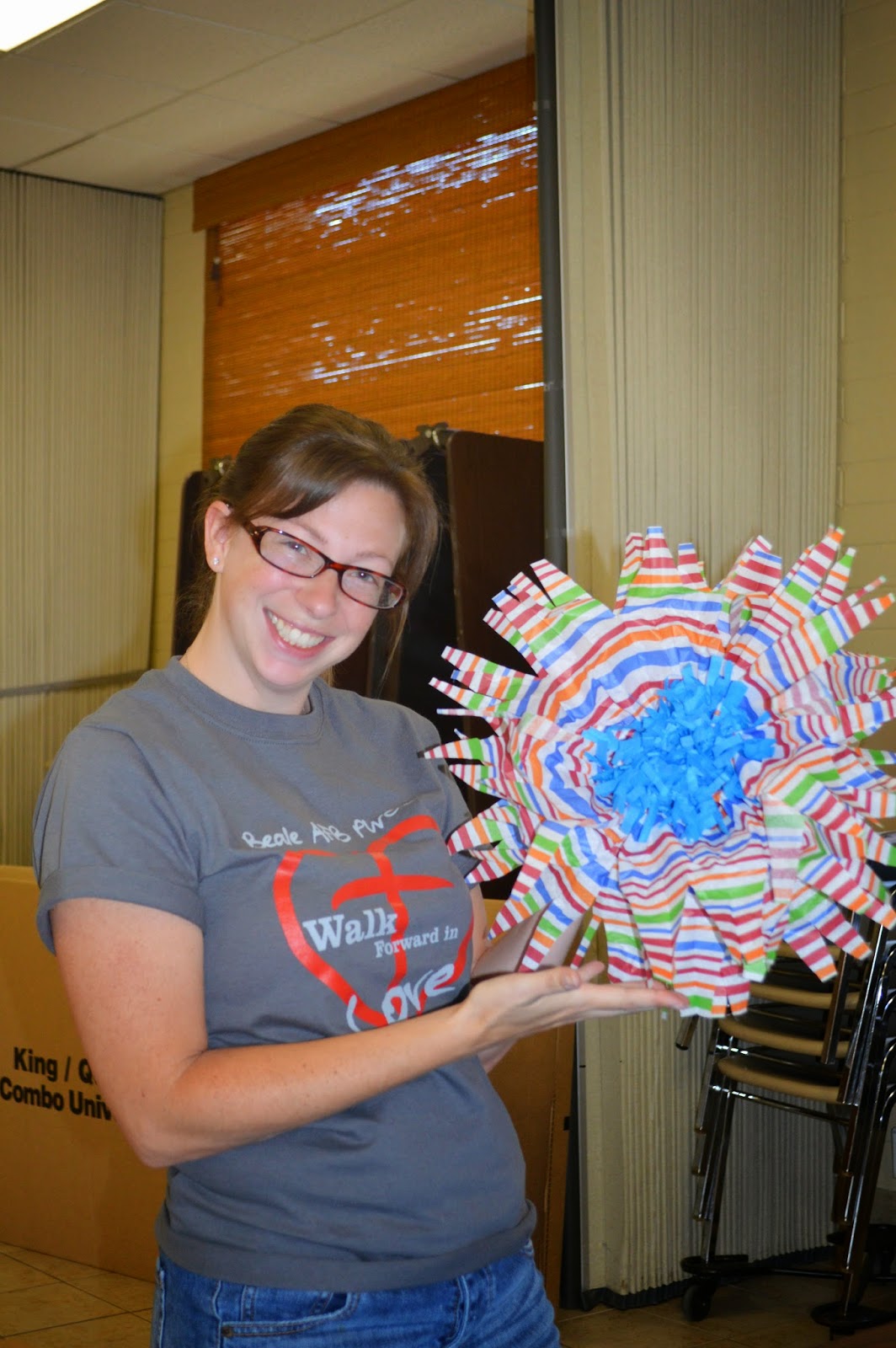 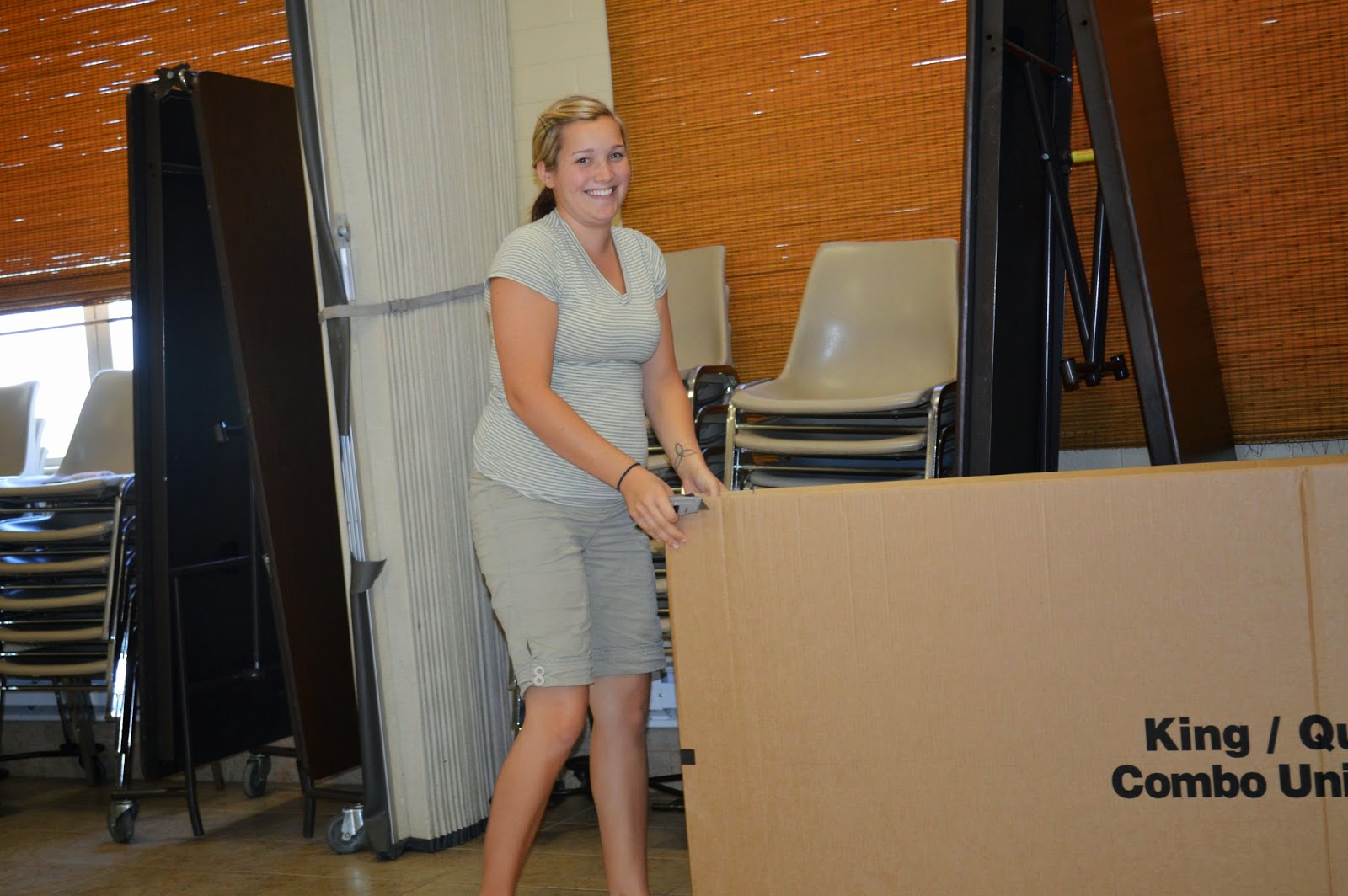 Katie and Cynthia turned large boards of foam (which we hauled earlier ) into trees...it is going to be fun. 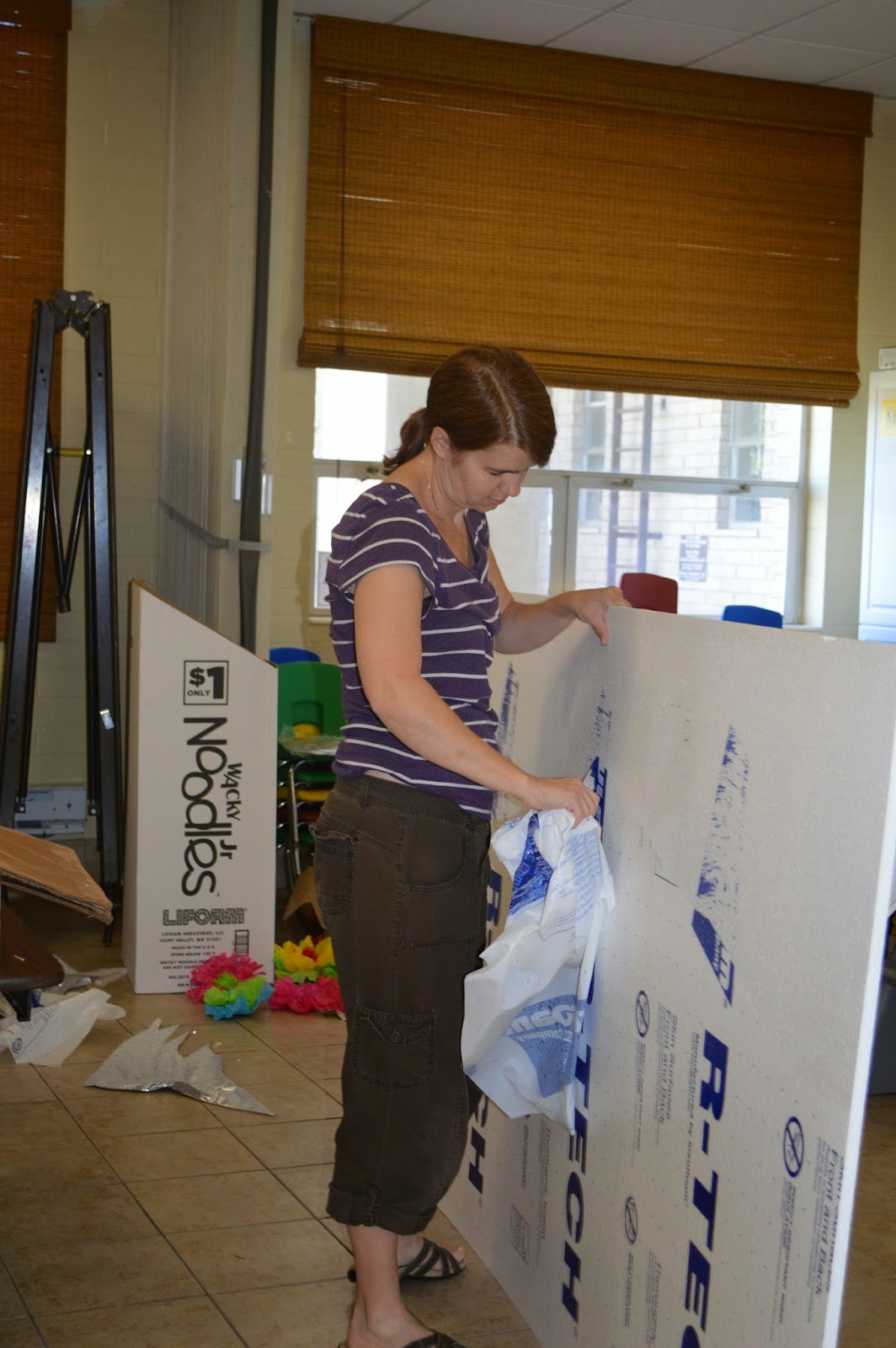 Thursday evening the kids and I met Michael on base at the Far West Campus.  This school has been vacant for 10 years.  It needs a lot of TLC before it is ready for VBS.  We worked hard...and quick...and there's more to do. 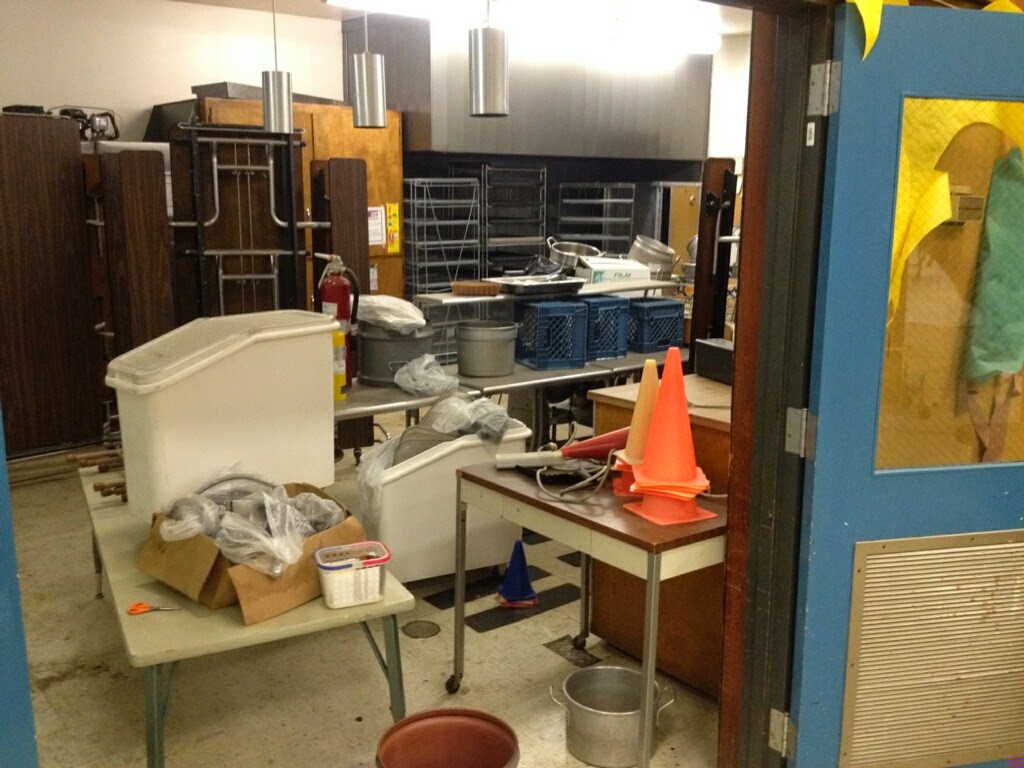 This is a usable kitchen after Amn Green spent 2 hours in it! He rocks! 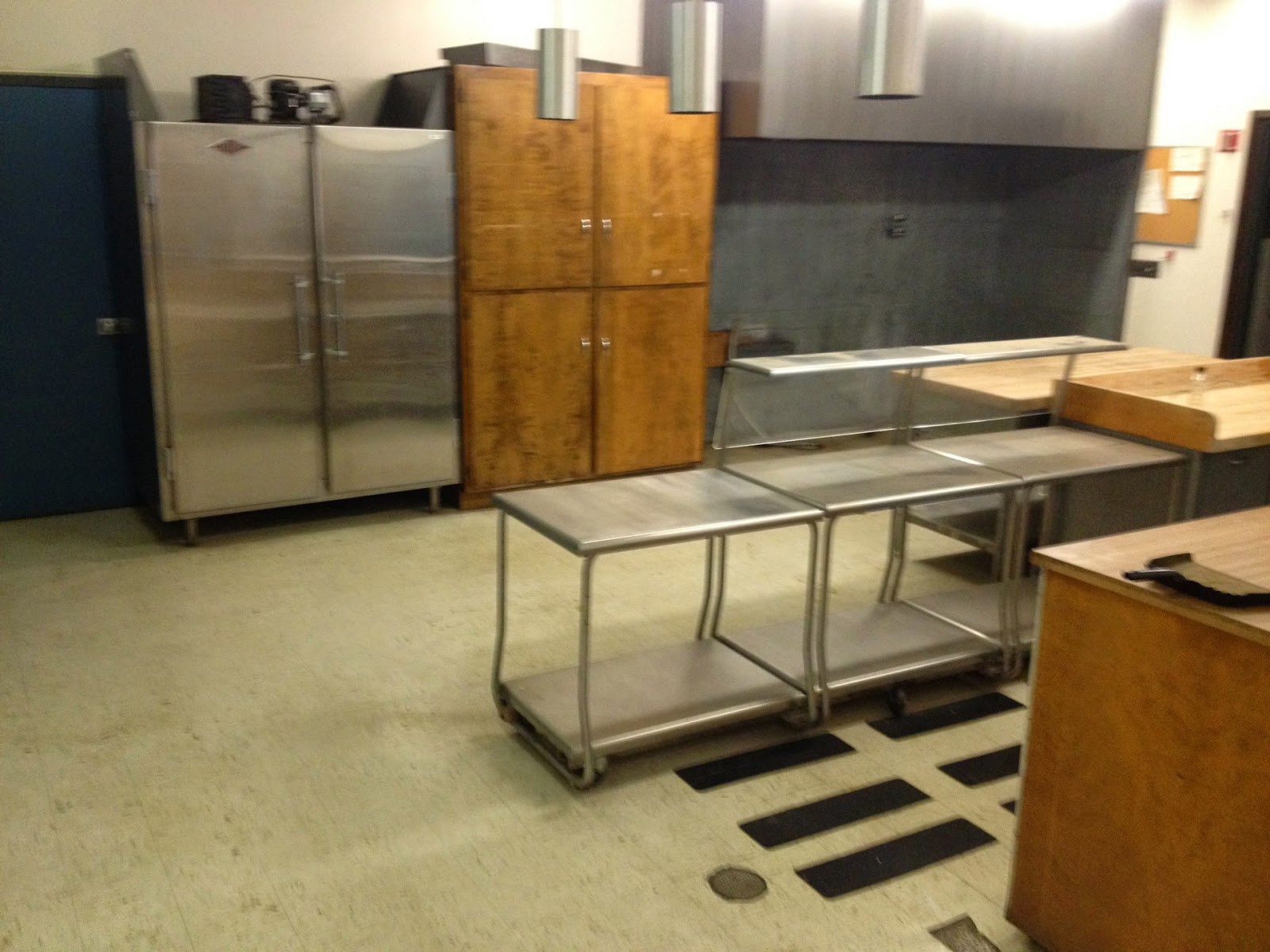 Thursday night Angel (Sgt Lopez)  mopped the floor - He also rocks! This week the school district is sending someone in to professionally clean the floor in this room and the gym.  You cannot imagine the dust we moved around in these buildings. 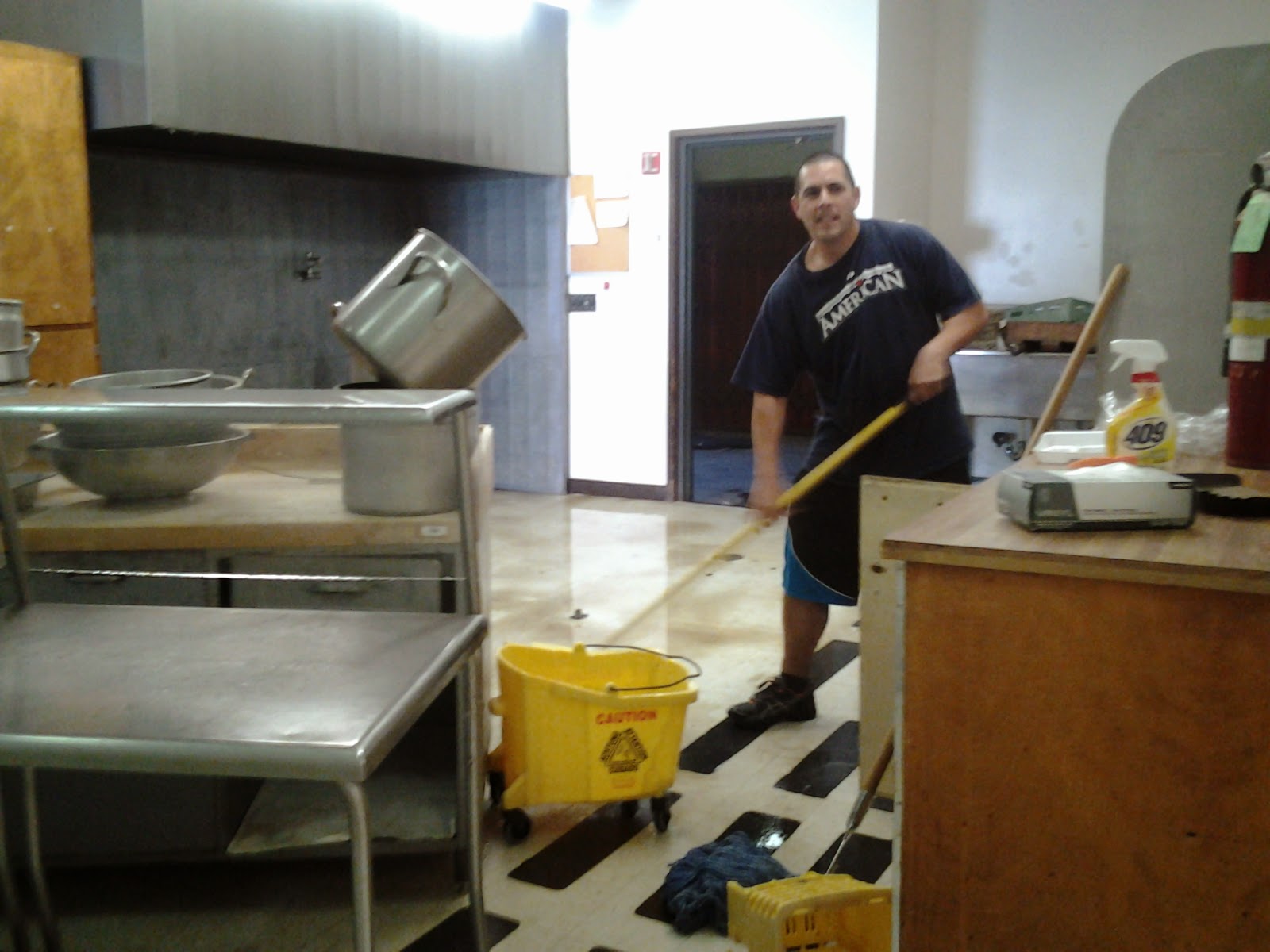 I don't think you can really imagine the mess buildings are in after sitting vacant for 10 years. I wish I'd taken more BEFORE photos....The buildings were full of things like this - which all had to be moved to one building for storage. We are focusing on getting two and a half buildings cleared for VBS. 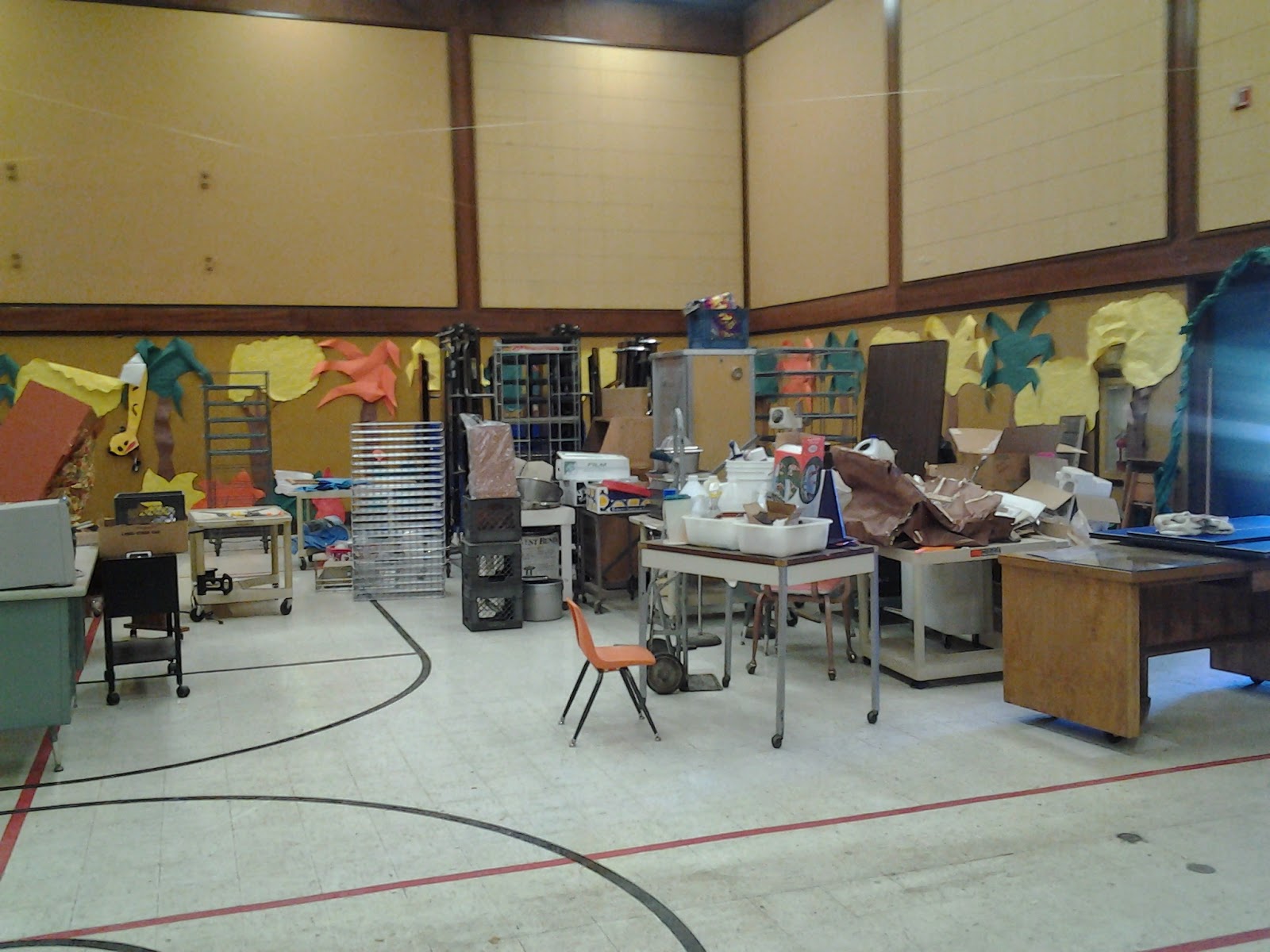 You can see the size of the buildings below. 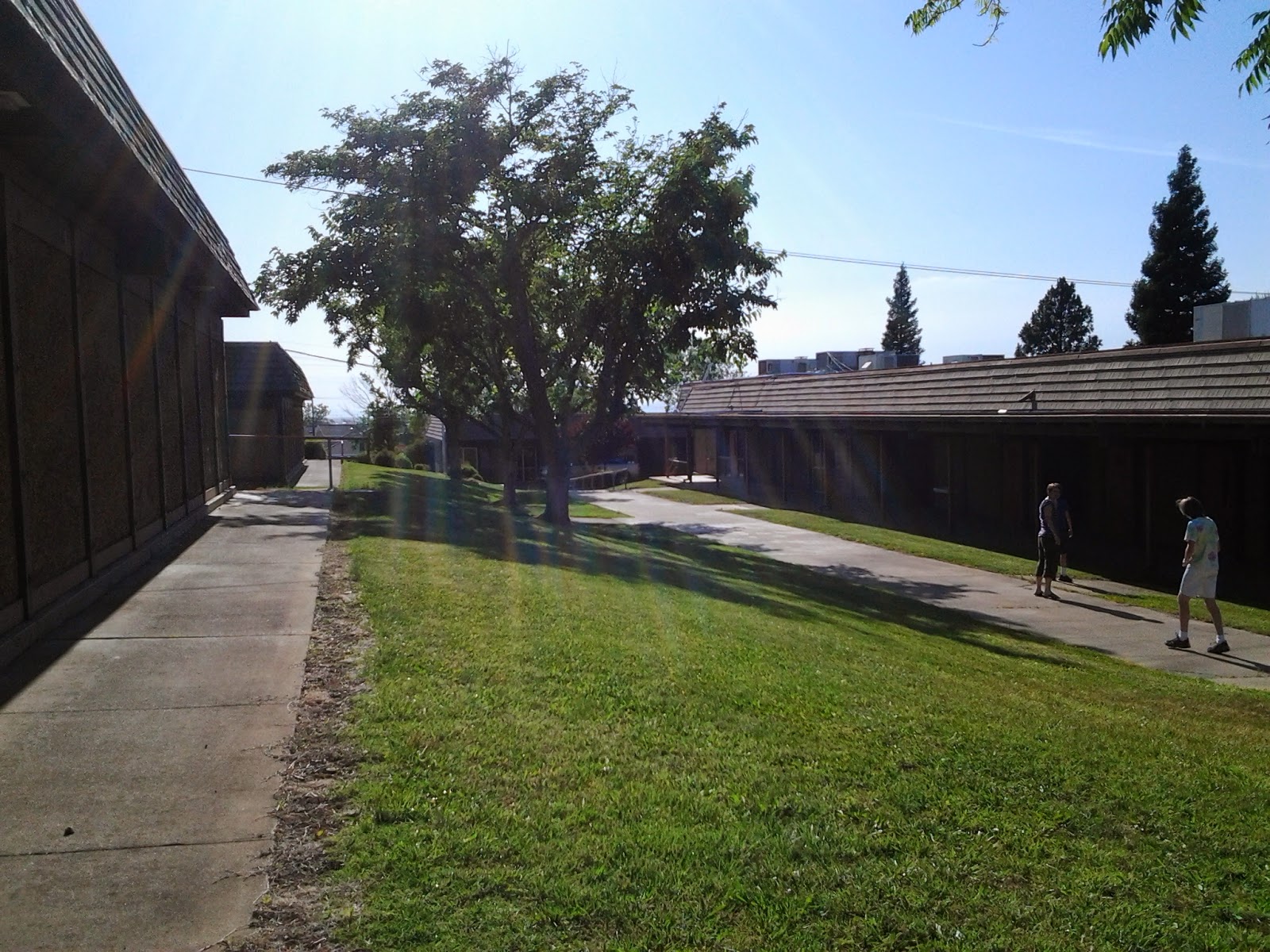 We loaded everything with wheels we could and took load after load up the incline....which seemed to get longer and steeper as the night wore on. 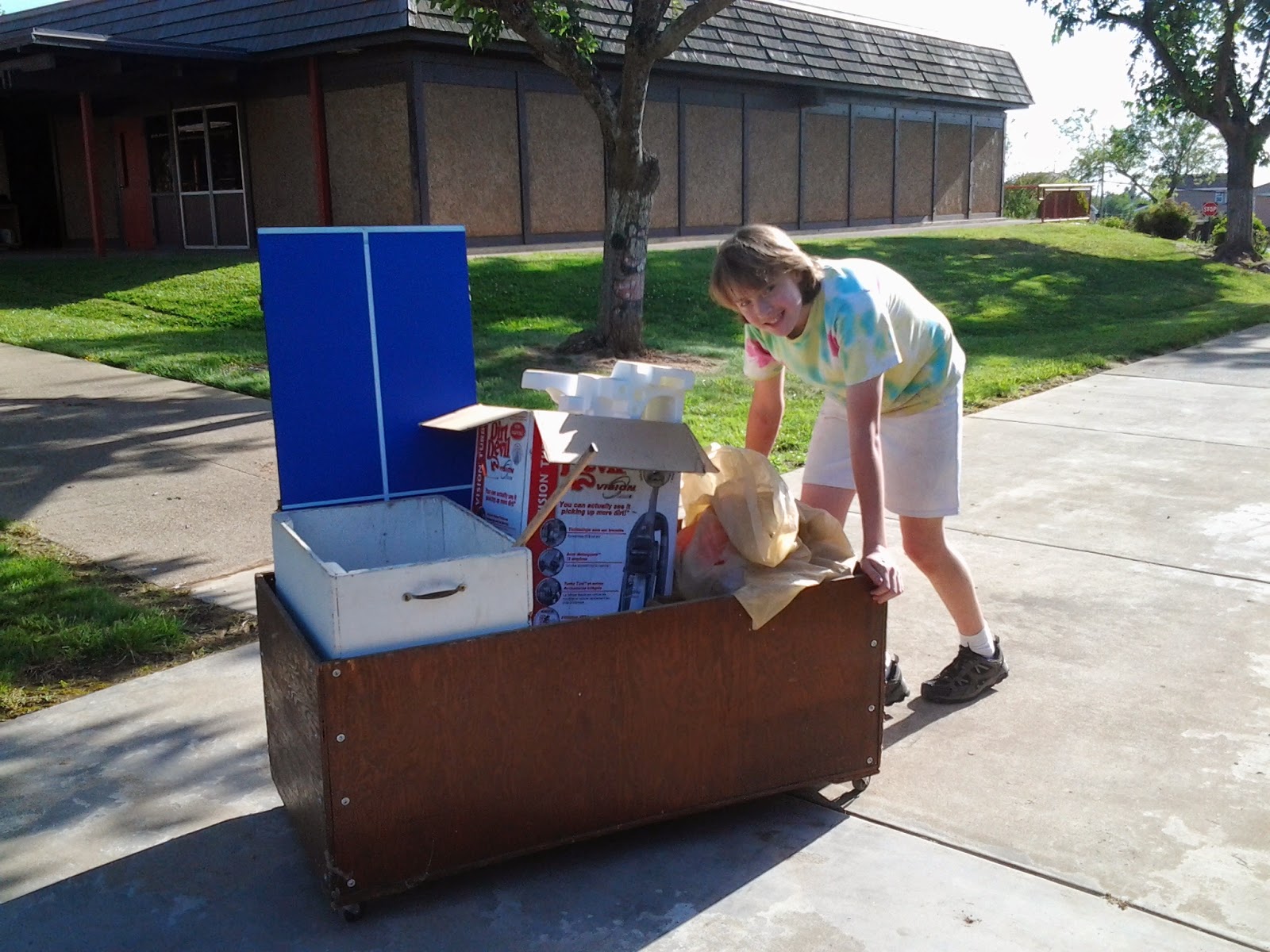 I think it was after 9:00 p.m. when we called it a night. More work to do - but no more energy!  And though the building still looks funky - the fact that it can even be used is amazing....and when the kids are romping through it I will know my VBS help mattered. ::snort::