The Best Christmas Gift Ever

This morning was truly odd - gloriously odd. Arielle and Krista were determined to go on my  walk with me. This isn't their norm.

I woke up early and got some private time in with God, and prayed and thought about the day the family in CO were having - it was the day of Mike the Elder's funeral.

We went out for the walk - for some strange reason Krista took a shower first. Now, I know she was working on the timing for this..... 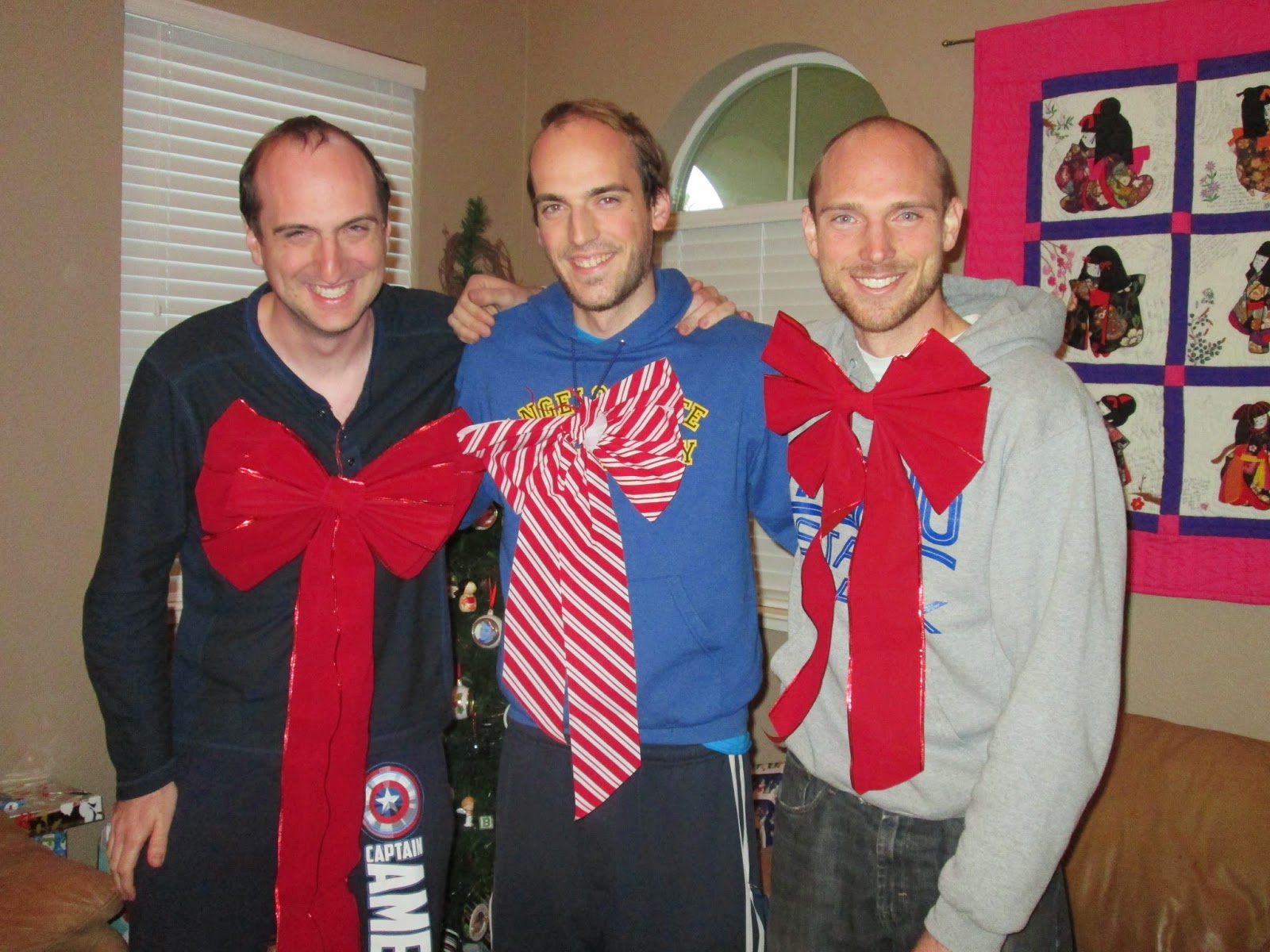 Unbeknownst to me, while we were walking these three showed up. I had noticed they weren't buying the typical gifts for each other.  I hadn't  noticed how wide-spread the trend was as we don't have a family gift exchange on the 25th. ::grin:: This year they all pooled their money for gifts for each other and Michael and I.....and brought the boys out. As Nolan says, "We gave Mom three six-foot dummies for Christmas."
They drove the 25 hours straight - takes us three days. I don't want to think about it too much. ::snort:: They pulled over in a "creepy wooded area" and slept for a couple of hours just down from our home before driving in.

I found it odd that the girls, so eager to walk with me, were texting as we walked and were ready to head back almost immediately. I told them I wanted at least a 30 min walk. We walked and chatted and it really was a good time.  However, they knew lots of LOVE HUGS were being given back at home.

I walked in the door and noticed the whole family was in the living room. This was puzzling. BreZaak are typically late risers but there stood Izaak videoing me...and Bre with bed head.....I looked to my right and there they were.

I was totally surprised. If the video works you will see me prancing across the living room. This is NOT my norm....but I was trying to determine if I should take off my shoes or just walk on the carpet....and I am sort of laughing, crying and screaming all at once which produced an evil maniacal laugh. LOL

Here are a few still shots. 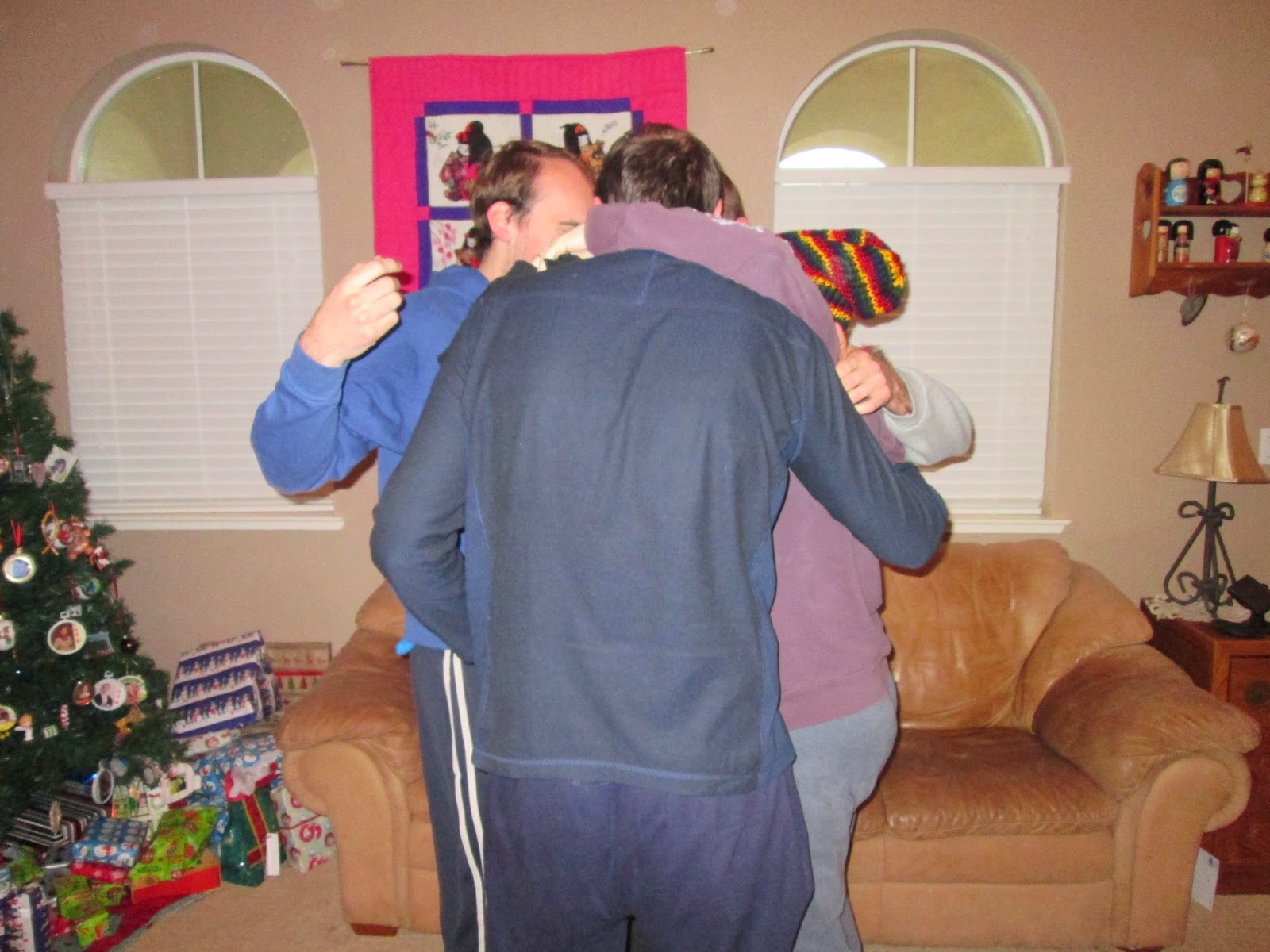 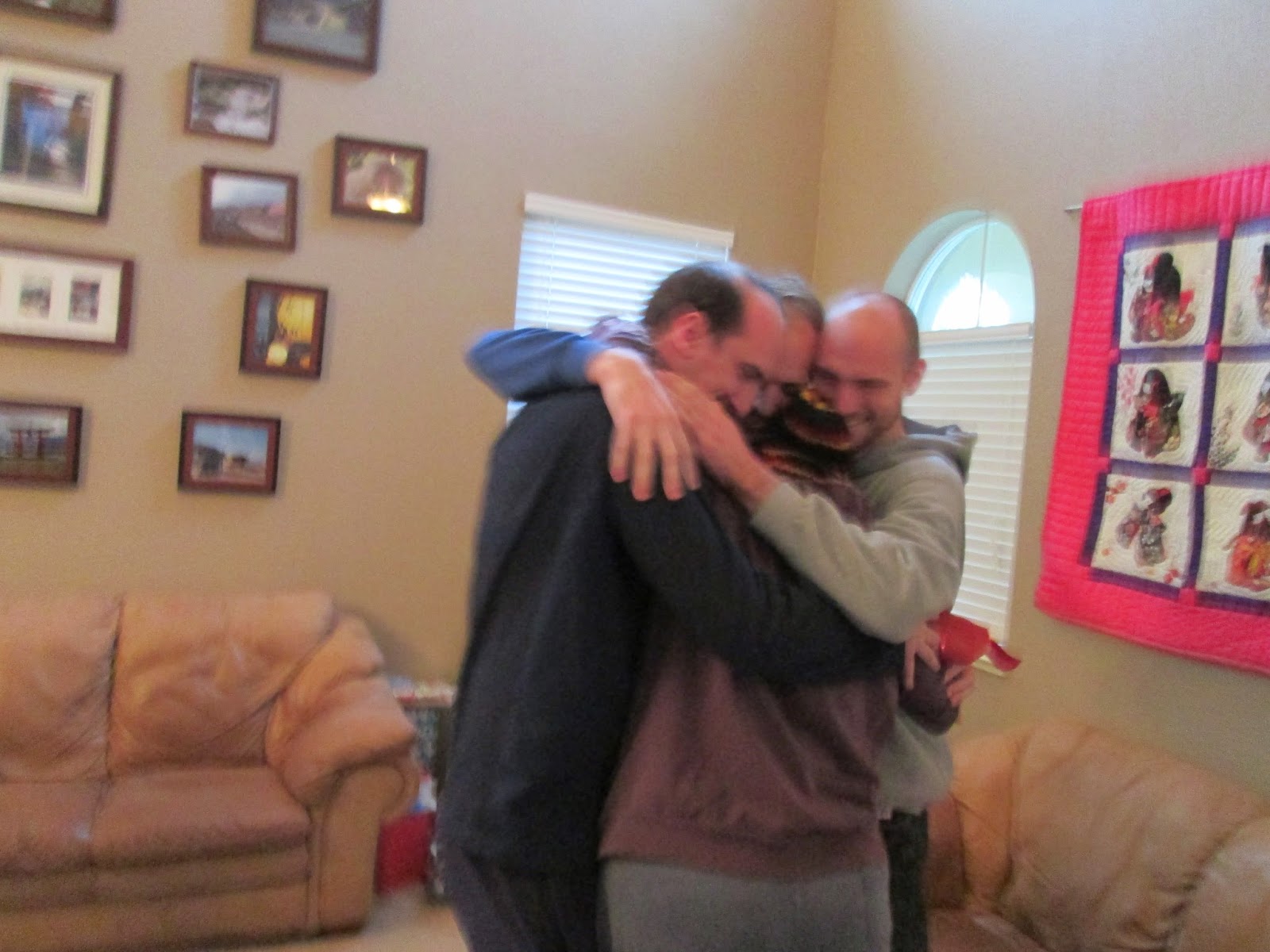 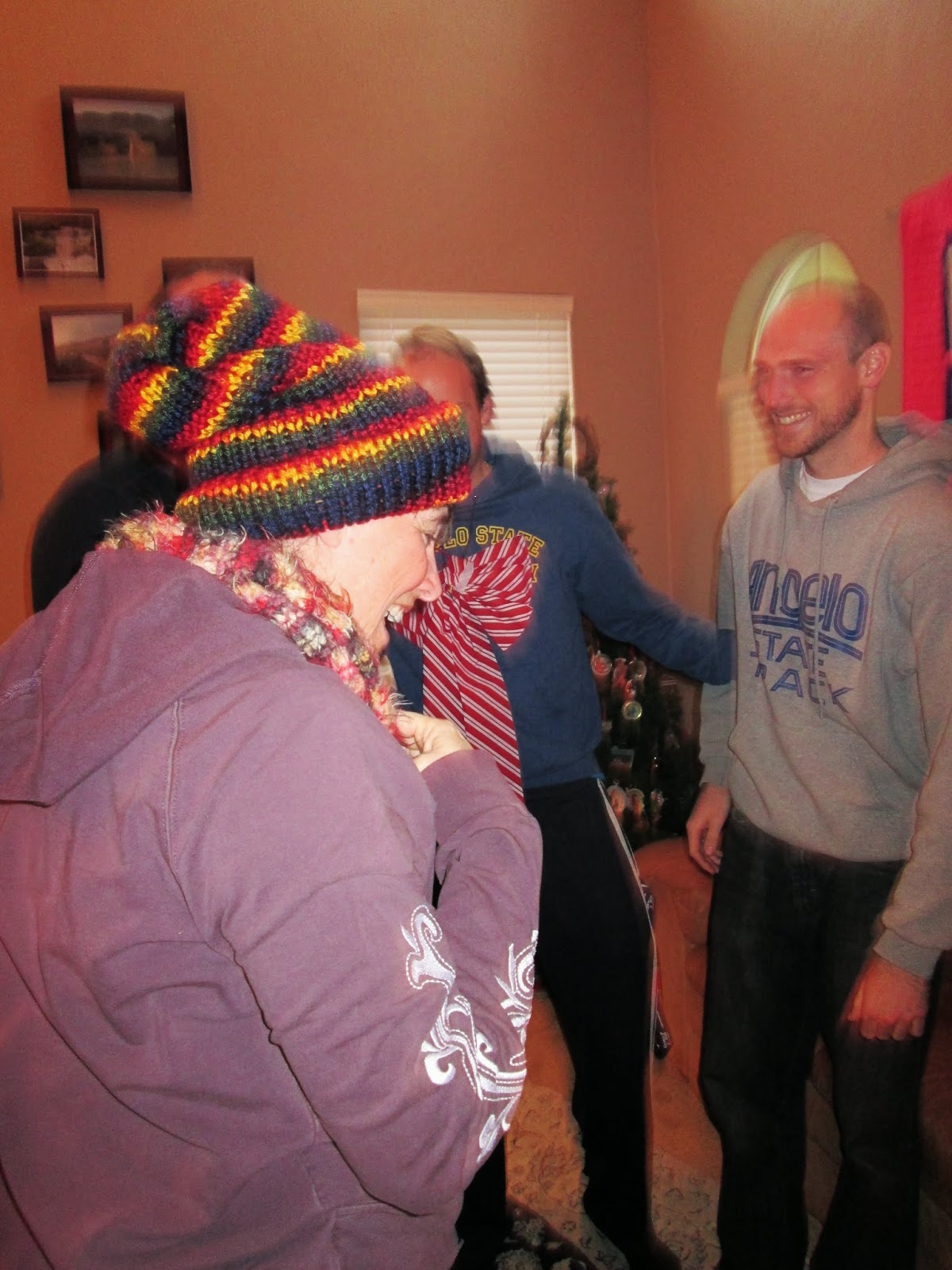 Michael will be home on Wednesday and it will be so good to all be in the same place for a few days. It's time.


The boys made a valiant effort, but not long after breakfast we all laughed to see this. 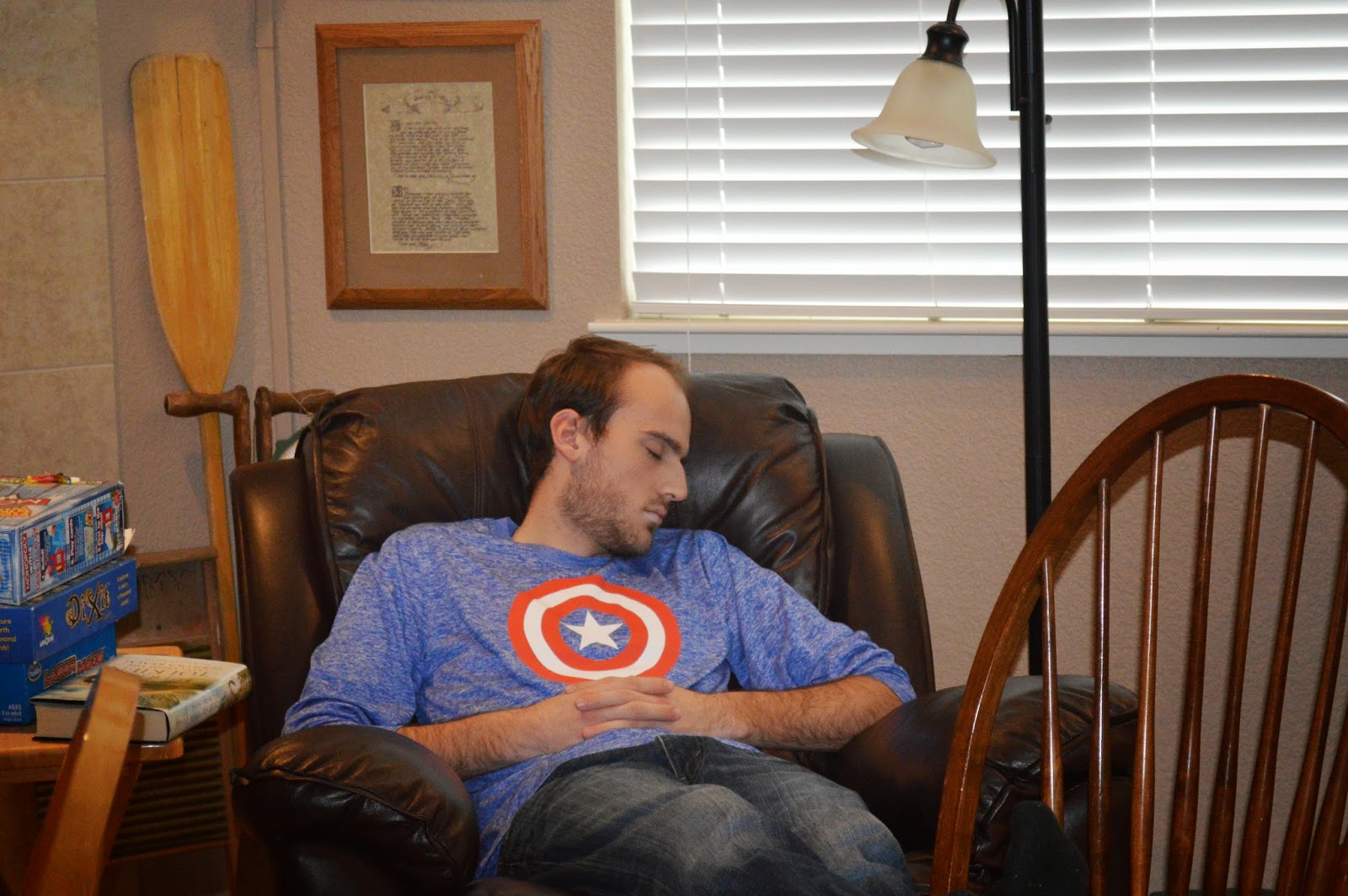 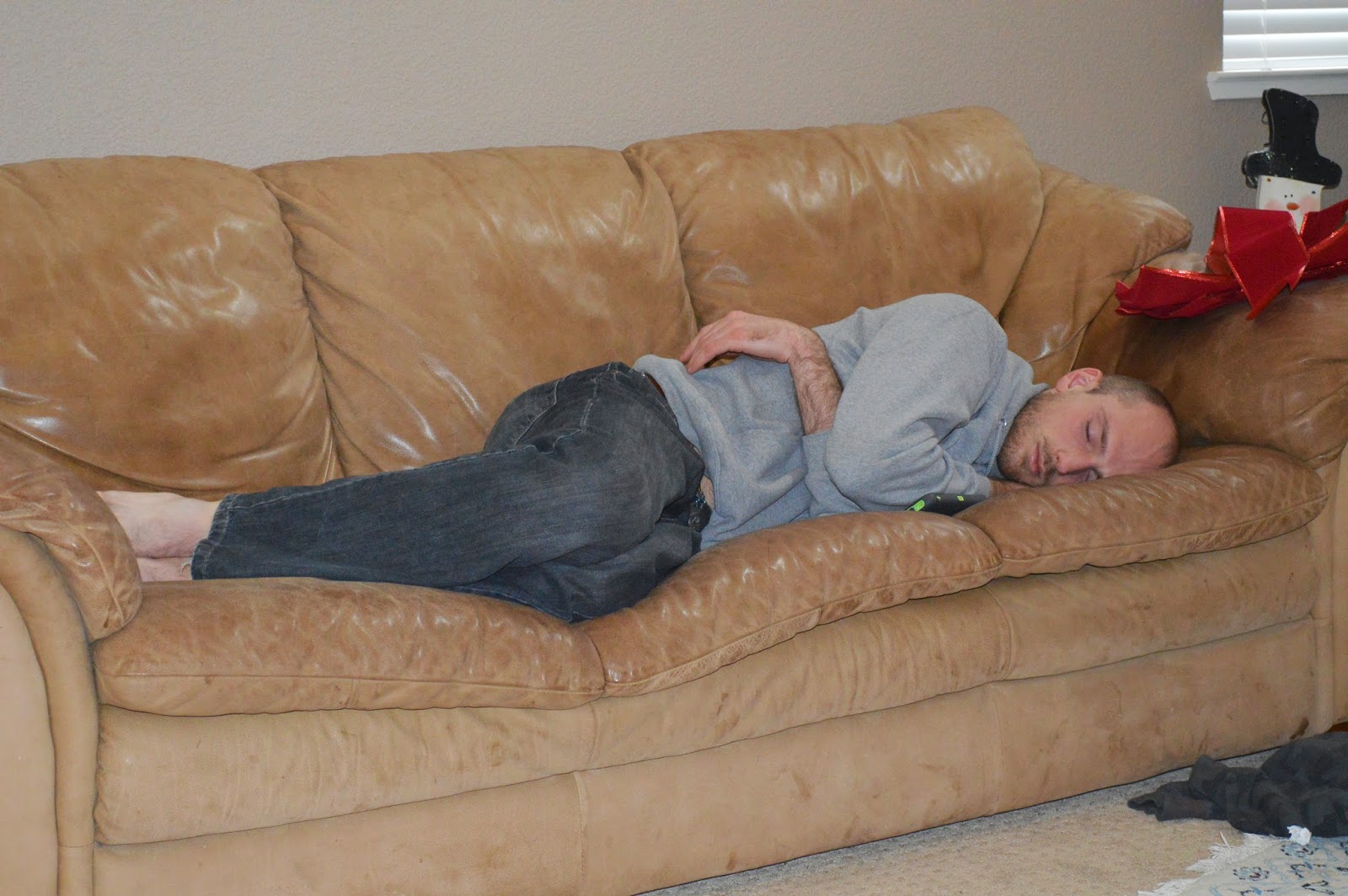 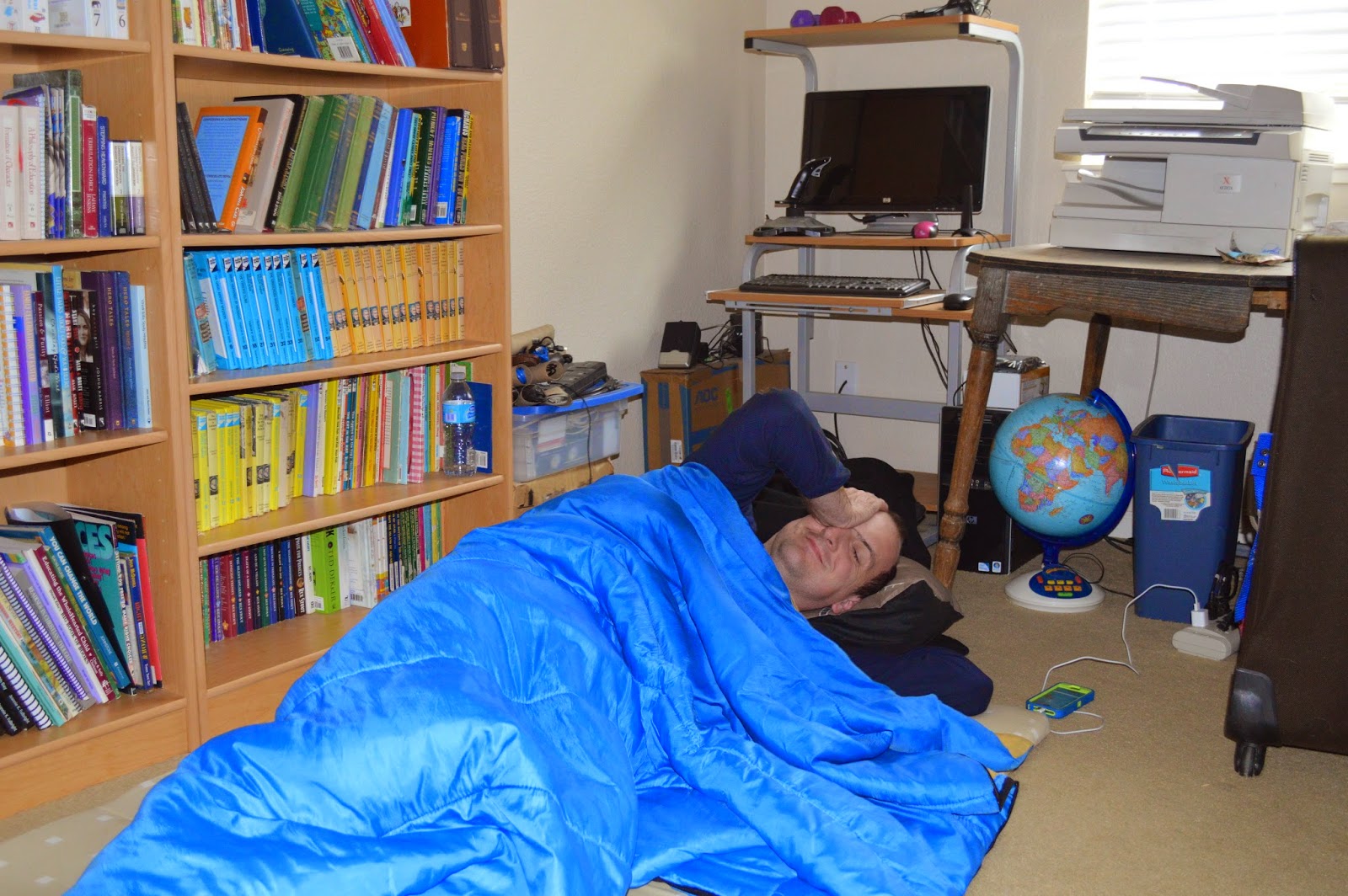 Krista, Arielle, Mom and I headed to Walmart for more groceries and a few gifts for the boys. 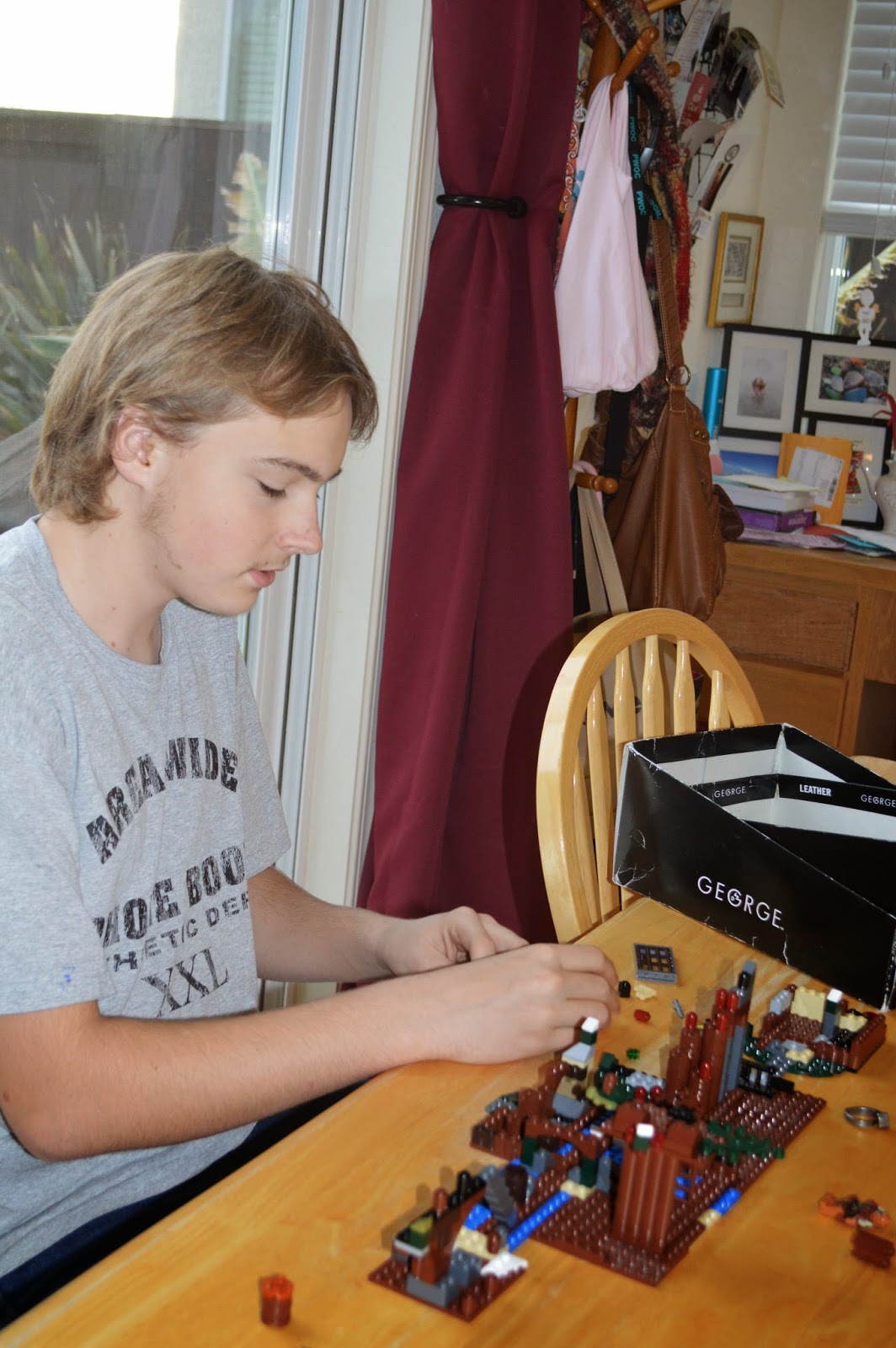 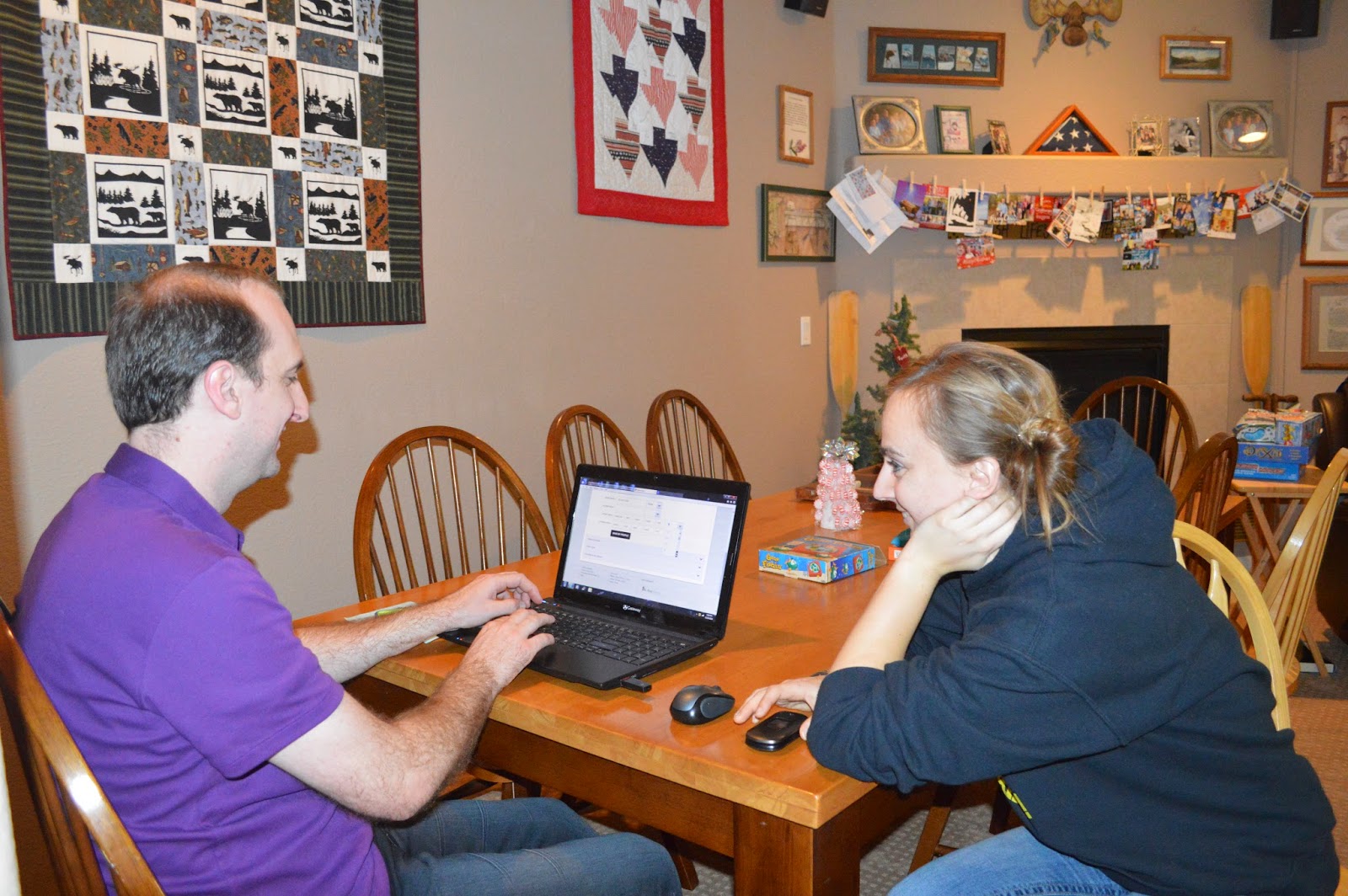 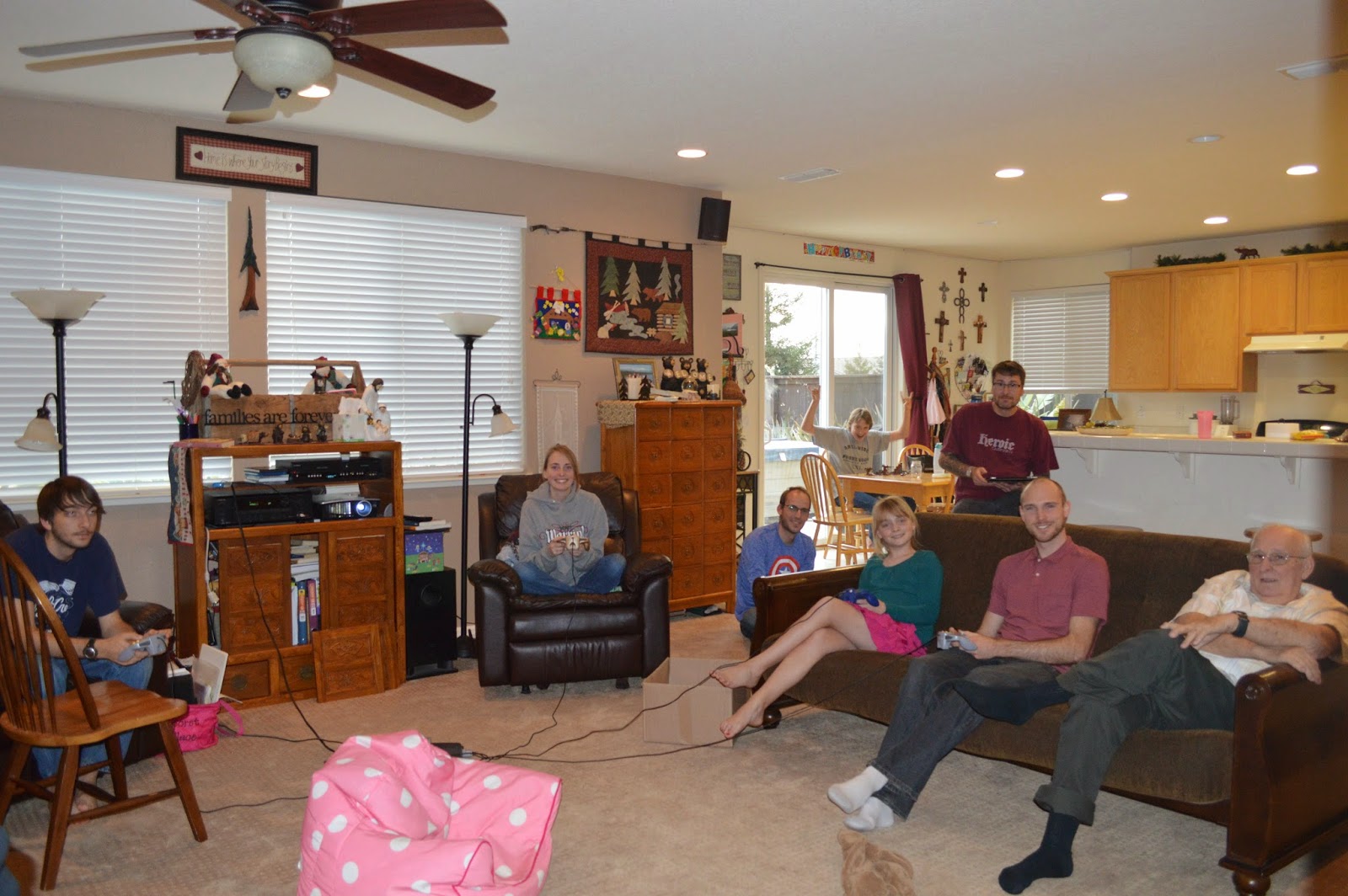 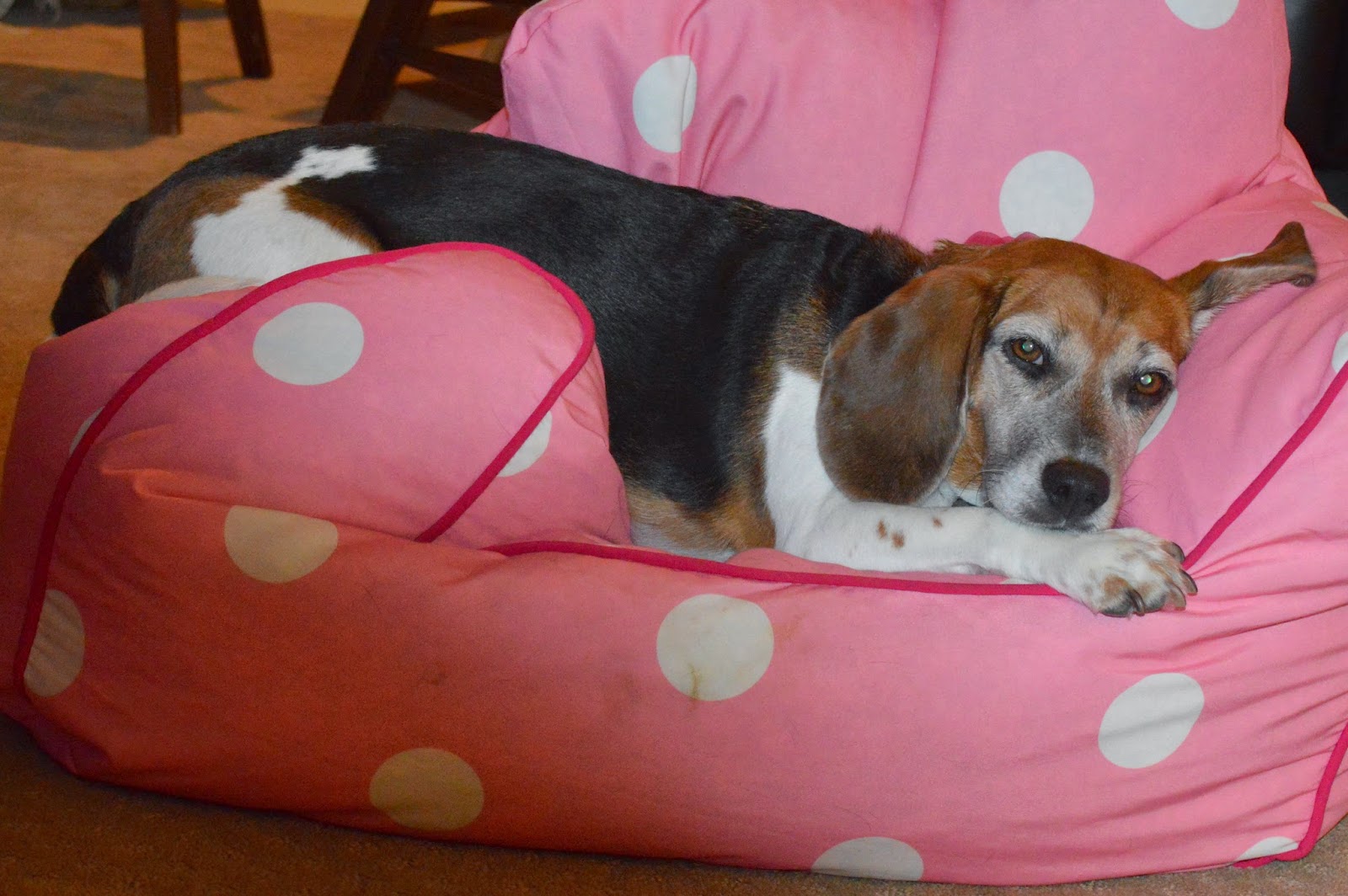 I was perplexed, earlier in the week,  when Krista asked for Chicken Divan to be on our meal list. She's nearly vegan. This was odd. I didn't remember her liking it. I knew Josiah did. Then when I went to cook it on Saturday Michael asked for Veggie Pot Pie instead of the Chicken Divan. I thought that odd too - but it was his last night before flying out. Last night all opted for leftovers rather than Chicken Divan. I declared we would have Chicken Divan tonight.....turns out it was Josiah's request and Krista never has liked Chicken Divan. Meanwhile, I  created a way to make it dairy free - and a vegan option as well.....good motivation. LOL


After dinner we visited and played games until we saw this. Yep, it's nearly as fun to take grown up sleeping shots as baby sleeping shots. ::snort:: ﻿ 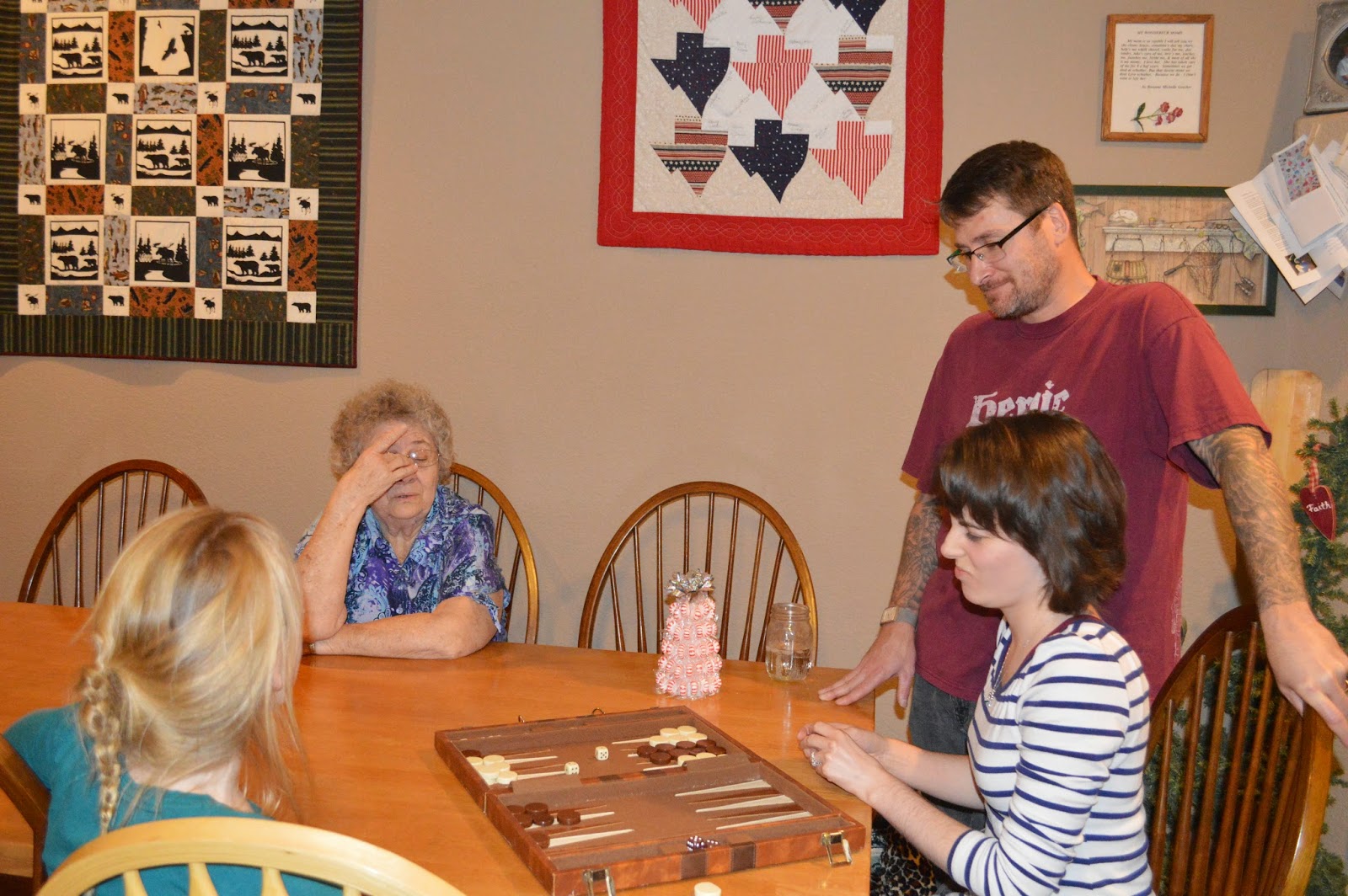 Yuuki is loving all the attention. We are excited BreZaak were able to be down here for such a nice long visit. We are enjoying getting to know Izaak better. 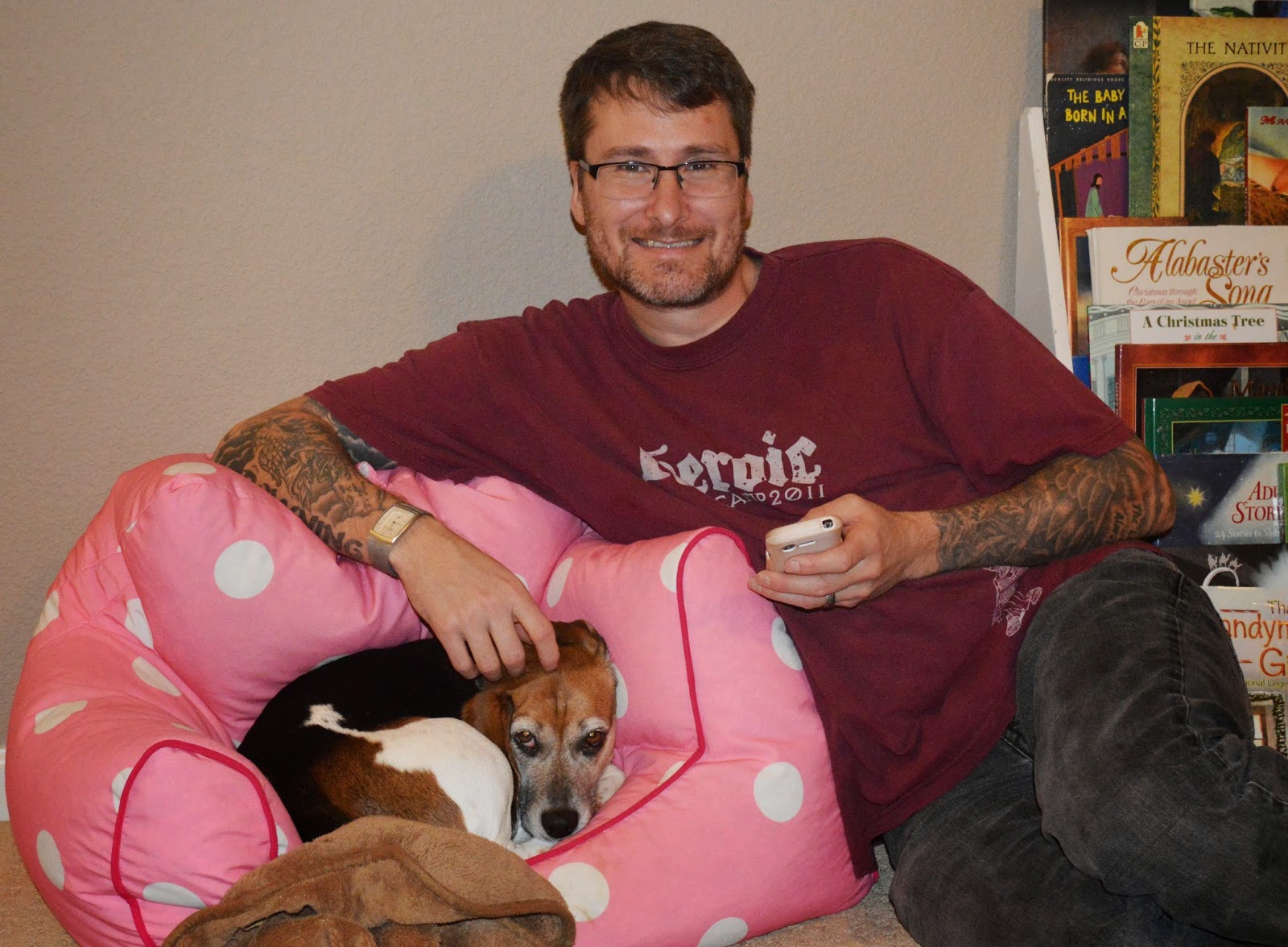 I'm still just AMAZED they pulled this off without me having a clue. Michael was in the dark as well. They told him when they knew we were booking tickets for him to travel to CO for the funeral. They wanted him to know  when they would be here. Looking back on it, I think he had a harder time keeping the secret than the kids did.

As all were congratulating themselves the comment was made several times that they were surprised Stacia kept the secret. This prompted her to indignantly state, "I don't know WHY all of you think I can't keep a secret."

I'm threatening all with going out to take as many "awkward family photos" as possible in the next week.

What a wonderful gift! :-) Enjoy the time.