Michael called Friday morning to say he'd like to have a family for dinner. Making new friends is always  GREAT MOTIVATION to get our Friday chores done. I had promised the kids I'd take them to "Inside Out." We headed out for a 1300 showing, picked up some dinner items and headed home. I missed the message that we weren't having company after all - but it was nice to have the house clean and an easy dinner all ready to go.
It gave us time to pursue the DECLUTTERING!  I decided the easiest way to decide if things would go in the donate, priceless family heirloom, or essential trailer pile was to take photos....lots of photos. The things I think may be donations are now in a private facebook album.  The elder Gherkins get first shot in claiming items....several of them are starting new homes. Score for them!  I'm going to do my best, after an item is in the album, to either find it a home or donate it. Rather than share photos of Panini makers, waffle irons, slow cookers and couches....let's move on to SATURDAY. 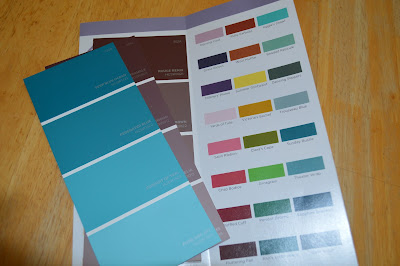 Michael and I headed to Lowes to look for supplies to do a few trailer remodels. I want a backsplash and was hoping to find "smart tiles." No luck. I did find quite a few on Amazon. I also wanted some sort of laundry line and a bike rack.  Michael was looking for hardware to convert an entertainment center to more storage for the "queen" room and for generators and portable BBQs.  RV's don't do well in long-term storage. They need to be used. We didn't know this when we stored ours for the four years we were in Japan. The heat caused the glue to release on the contact paper which covered the wood (in other words we THOUGHT it WAS wood). This paper has been peeling off the wood.....we purchased a heat gun to remove all of it and paint the wood work. Michael suggested I look for colors..... I did. I'd also like to paint the slide out a nice burgundy color.
It turns out Michael meant to pick a color of WHITE to paint the spots the WHITE paper used to cover....I think a bit of color accent would be fantastic. 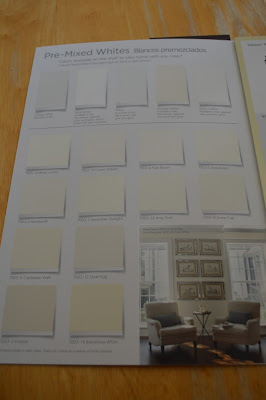 These photos clearly illustrate one difference between us....I love color...he likes lots of shades of white. ::snort:: He cannot fathom why I'd paint over the wallboard in the slide out.... I don't want to live in something which clearly looks like every other 2008 RQS. LOL  His eyes glazed over when I mentioned painting a couple of cupboard doors with chalkboard paint...and he rolled those eyes when I told him I was thinking of painting the front door of the trailer - yes the external front door.
I think we'll call the outing a date. LOL

Amen! Our house is "builder's white" throughout. We've been here 3 years. We painted the boys rooms when we moved in - their color choices. We managed to agree on color for the living room (chocolate brown accent wall and beige). Finally wore him down so I could paint the main bathroom (gray). Now I'm eyeing the boys bathroom upstairs. :-) I'm looking at a shade of green. Eventually I'll need to figure out the main floor but it's all open concept and there are a LOT of walls to be painted! :-)

Ah, baby steps. One wall, get used to it, think about more.....that may be a saner and more peaceful plan of attack. LOL

:):):):):) I'm with you in that there has to be color in each room. However dad is not keen on wall color but otherwise it is fine. Anyway he is color blind and much of it really does not matter.

You all have fun as you personalize your trailer. It is a nice one. Will see you the next time it is the right time. We really miss you all.