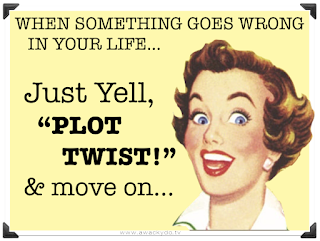 Continued prayers for your family during this roller coaster ride

Praying for you, Michael & your family that answers will come soon and everything you are to do will be made abundantly clear to you.

Renee - THIS is our frustration. We started the claim 2 months ago and the VSO said to wait until we had a complete record ready to go - until all referrals had been followed through to conclusion. AND WE ARE STILL FOLLOWING THEM THROUGH and we are supposed to retire in 6.5 weeks. As of tomorrow, we will have missed the window to fast track our VA claim. The claim had to be submitted 4 - 6 months before official retirement date of 1 Nov. Supposedly there is a brain scan this week - but we've not heard WHEN....so I suspect next week....and each delay sinks us a bit further. I feel like there are a lot of discordant "pieces" flying around and if one will fit into place the others will follow. I pray.

Thanks for the prayers, Lisa.

SIS: Boy, we are sorry you and family are having to go thru all of this. All we know is to pray and often at that for you all, all 13 plus of you. Honey, we know Prayer is what is needed and so we can at least do a lot of that and we do. Tons of HUGS to you all! love/prayers - mom t.

Praying for peace and health and retirement answers and...and... Blessings to you guys in a challenging time of shifting answers and directions. Your faith is an encouragement to many. Hugs my friend!

Praying for y'all! I've always thought of you as a courageous one and as someone who is such an awesome example of living the way He desires us all to live.