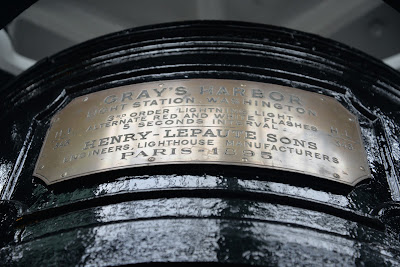 It was raining when we arrived in Westport, WA. The lighthouse keeper told us to come see him whenever the weather broke and he'd take us to the top of the Grays Harbor Lighthouse. Public Tours are scheduled at this time of the year Friday - Sunday from 1200 - 1600. You must be 40 inches tall to climb and the price is $5. Unless you are military and then it is FREE. 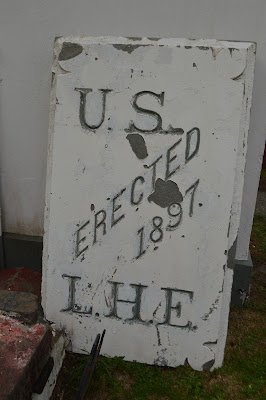 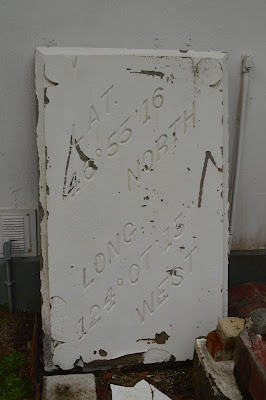 We joined the last tour of the day at 1530. The tour was over at 1600. Lowell asked if we had any other questions after the others began their climb down. We spent another 30 min at the top enjoying the view, and asking all our questions. We love family tours. 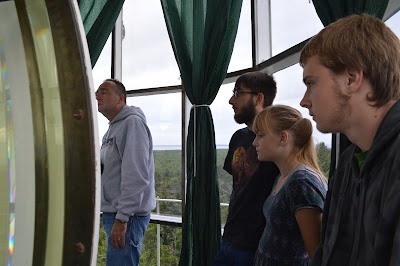 The Grays Harbor Lighthouse stands 107 feet tall, and is the tallest lighthouse in Washington state. It is the 3rd tallest along the West Coast. 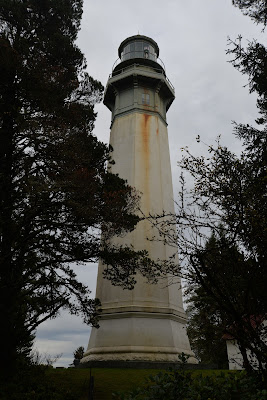 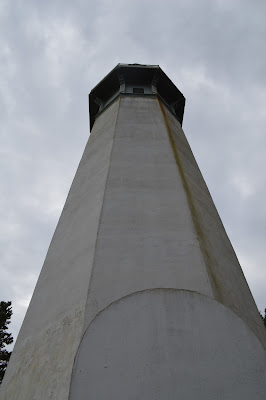 The lighthouse began service the night of June 30, 1898 and is still operational. It is currently maintained by the US Coast Guard. It was originally 300 feet from the ocean. In the 1900's a jetty system was built in the harbor and it is now about 3,000 feet from the high tide mark.  This was one of our questions. There is a concrete pad in our camping spot. It was the original site of the fog horn. 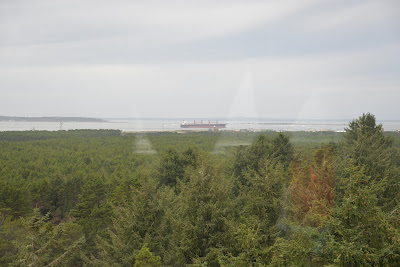 There are 135 steps  leading up to the lantern room. The staircase is original and forged of cast-iron. The steps reminded us of staircases in Japan - specifically the Golden Buddha in Sendai - though we took the elevator to the top of THAT and looked down. LOL 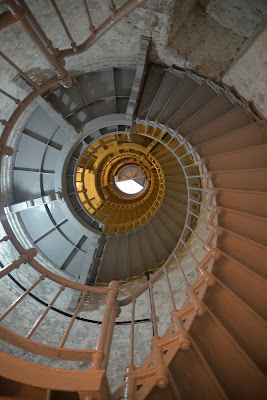 The lighthouse still houses the original 3rd order clamshell-shaped Fresnel lens. This lens was built in Paris - and it's inventor died of TB before he could see how well the lens was to work. 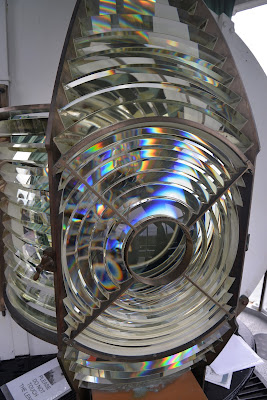 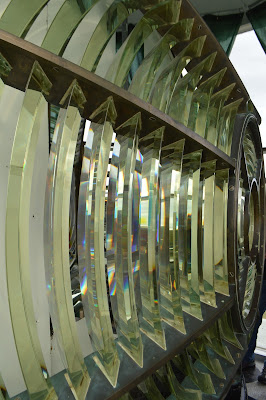 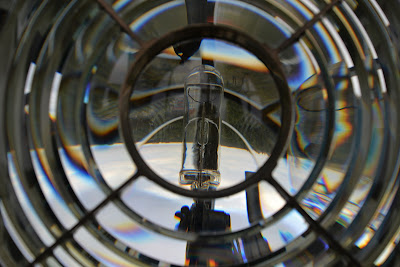 Today, this electronic beacon has been installed. 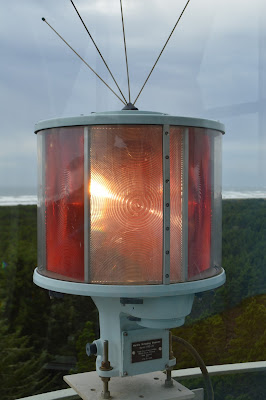 The flash patter of the lens was, and is, red and white and marks the opening to Grays Harbor. Navigators today rely on GPS systems etc but lighthouses provide an important secondary back-up system for navigation.
The 360* view of the ocean was spectacular. On a very clear day you can see the top of Mount Rainier to the east. 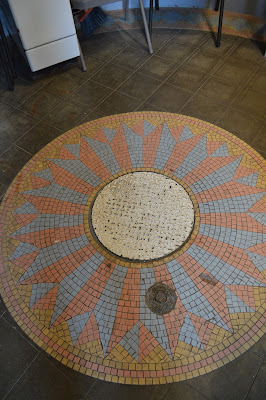 You can view more photos of the lighthouse at the Westport Maritime Museum's website.

Joyfully Penned by DeEtta @ Courageous Joy at 7:12 AM