Sunrise in Galveston, TX......some day we are coming back here and spending a day or two to explore. 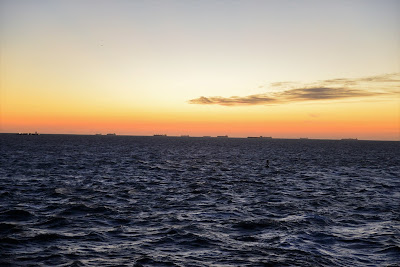 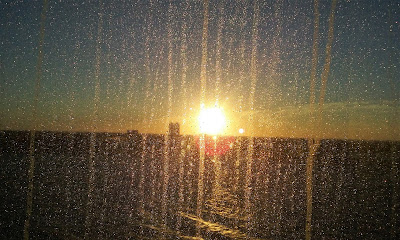 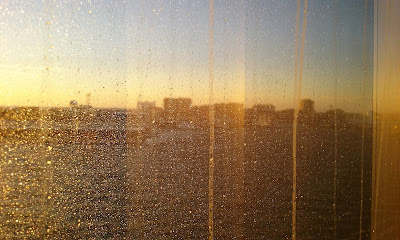 They made the debarking process sound smooth, orderly and painless. In reality - it was pretty painful. 😰 It may have been complicated by the man removed at port in handcuffs....We met where we were told to meet if we had an early flight - with our bags in tow. Eventually, they began debarking deck by deck...but the purser made a mistake and called two decks at once, the elevators and stairways were at a standstill, the terminal backed upped and we waited on a stair case for a LONG time. Eventually, the line began moving again. We noted they thoroughly check the checked baggage. They didn't even SCAN or look into the bags of those of us who carried our own. Odd. In the terminal, the gentlemen sent us to the wrong line. I told him we had passports - he sent us to the wrong line anyway. We weren't moving. I got out of line and asked another lady and she moved us IMMEDIATELY to a short line for those with passports....and we made our bus to the Houston airport and to our gate with time to spare!

We scored an Emergency Exit seat on our first flight. Lots of leg room - we were happy. We discovered we much prefer Delta to United as far as COMFORT and leg space. 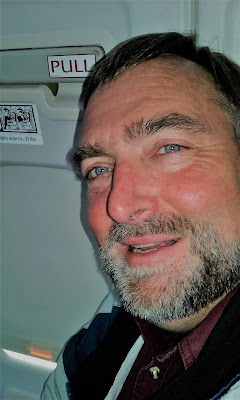 We arrived in Melborne, FL shortly after 11 p.m. Tim and Jill, friends and colleagues from Goodfellow AFB, met us at the airport.  Seeing them again was priceless. Their guest room is like a bed and breakfast and we enjoyed catching up. We stayed up pretty late visiting - but sometimes you have to do these things.