We calculated that gave us just enough time to run into Wal-mart for some "last minute" Thanksgiving supplies, and to make it into Anchorage in time for his neurologist appointment.

We arrived with 10 min to spare at the office in the South Tower at Providence.....only to discover they have TWO OFFICES and our appointment was at the other office....which is closer to us than this one. If we could make it in 20 min, they would see us today. We certainly did not want the hour long drive to be for nothing - and we did NOT want to wait more months for Michael to be seen. He has some symptoms that have changed and we wanted some answers.

We booked for the parking garage and then back down Debarr to Alaska Regional Hospital. We parked with 3 min to spare and made it to the office with 1 min to spare. I commented, "Look at that Michael, you CAN still run!," which relaxed everyone and  put all in a cheery mood - even though we were technically late and had thrown off the groove.

We checked in and spent the next hour and 45 minutes with our new neurologist. God has blessed us. He was trained at Mayo Clinic, has headed up research and studies and seems to really know his stuff. We feel we can trust him. He LIVES in Anchorage and will be here should any emergencies arrive in the future. This matters as most neurologists here fly in and see patients every few weeks. He is also the only board certified Motion Disorder Specialist in the area.  I'll skip all the nitty gritty - but he explained his views on treatment and what we need to do at this point in Michael's treatment. Some of the more alarming symptoms Michael has been experiencing can be caused by one of the drugs he is on, a dopamine agonist. He will be weaning to a lower dosage and we're hopeful those symptoms will disappear. He feels it's time for Michael to begin Levodopa - using the lesser dosage of the dopamine agonist to stretch out the effectiveness of Levodopa, rather than depending on it for control of the PD.  The former plan had been to avoid Levodopa until Michael was 60, but due to progression and symptoms, Dr. G feels the time to make the change is now.   We spent quite a bit of time listening to the studies and such that led to his conclusion, as it is different from the one at UC Davis. We will return to the clinic in 4 weeks..... Michael is also going to be part of a study - basically they'll watch the progression of specific symptoms in hopes observing his response to treatment will help them with future treatments for others. 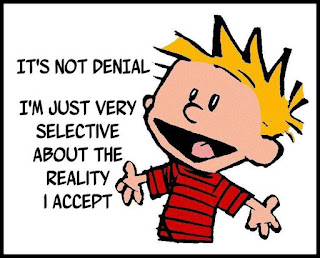 Dr. G  seems rather determined to jolt us out of our stages of denial. He felt it necessary for us to read up on where we are and what is to come....I'm still not sure that's the best course....but he gave us a reading list nonetheless.

All kidding aside - it's a lot to process. To hear, "As the disease began in your 50's you are likely to experience the full range of symptoms due to your increased lifespan and the effect of the disease," is hard to take in.....then to hear "By age 65..." well SHOOT - that isn't so far away at all! ::wink::

We followed our appointments with a quick visit to Milt and Cobie's! Cobie had a gift for me. Are you ready???? You won't BELIEVE it. I'm just a tad bit excited....
We've already purchased material for a tablecloth. Eventually I'll have to make something with more than straight seams - but not yet. LOL

Next up was a flying trip into Fred Myers for a roaster - the one I ordered online isn't big enough for our turkey.  We also got gas and then headed into the snow storm and back to the Valley.

Stacia had Veggie Pot Pie on the table, the boys had wood in the wood box and they tell me they put in a full day of school. We are truly blessed.