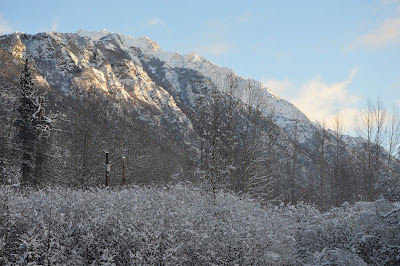 I thought the younger three had an ingenious plan. They've been waiting (and waiting) for enough snow to build a snow fort for fights as we had in Japan. We haven't gotten nearly the amount of snow we got in Japan.  They decided to use the frame of the deck off the dining room to build their fort. 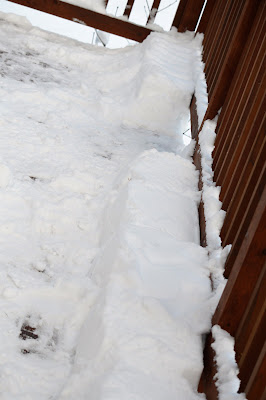 They hauled snow up the stairs, formed blocks.....until Michael saw them. He reminded them if they had a snowball fight, they'd be throwing snowballs right at the dining room windows. LOL  Next they went way out in the woods...I asked them come closer so I could get photos from the deck without having to go to far out in the snowy woods. Yes, I AM glad we waited on chickens. That coop will be much closer to the house than we'd planned. ::snort:: 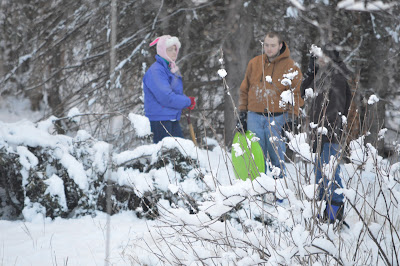 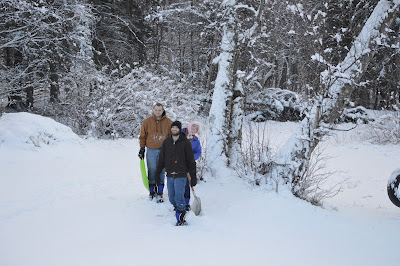 I had been wanting to pull out my new machine and make a tablecloth. We ended up making a tablecloth and several placemats. I'd planned to use another piece for the cloth and the green for a runner....but Krista convinced me this would be better. I'll make more placemats from the other piece when things settle down enough to have another sewing day. 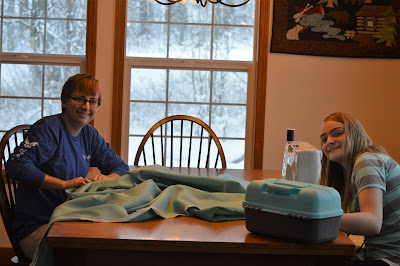 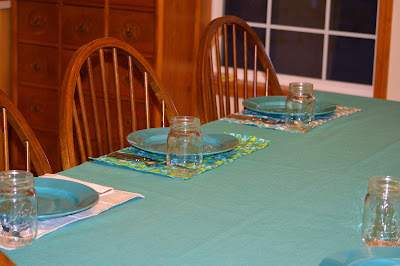 Krista is soaking up all the niece and nephew time she can..... 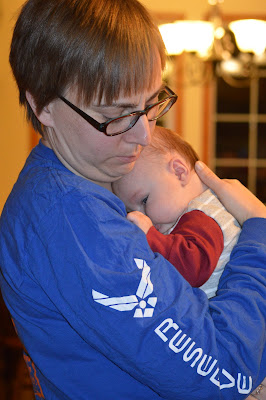 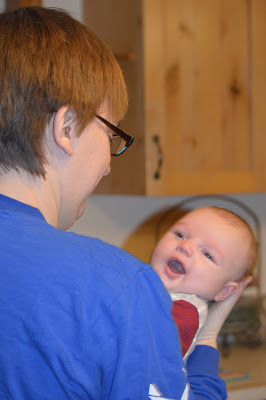 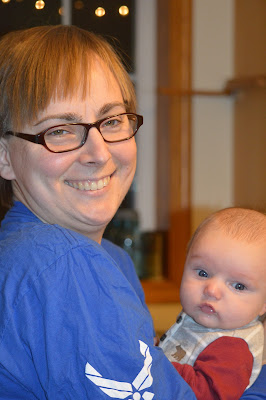 Yuuki likes the wood stove as much as I do. At least I don't sleep on the hearth. 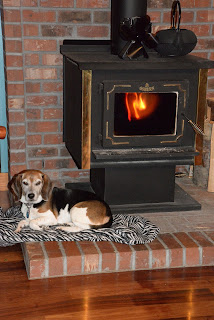