Michael Surprises us with a New Fire Ring

We have been talking about what we'd like an outdoor entertaining/relaxing area to look like since we moved into this house. Friday, August 5th, is four years since we closed on the house.  I was PROMISED a hot tub if I moved to Alaska, along with a sauna and a llama, none of which have materialized - yet.

When we moved in there was an Alaskan fire ring in place. We were thrilled. One of my favorite parts of living in the RV was nearly nightly campfires....such great family talks, reads and treats around the fire.  This fire ring was basically a circle of rocks. It worked....but Michael surprised us this week... 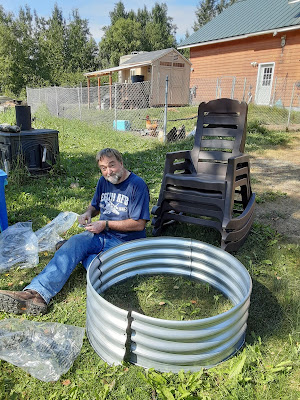 He decided to make a real fire ring....I was a bit skeptical...I liked the rocks and I have been eying the big cast iron ones with moose cut outs.....but this turned out GREAT. 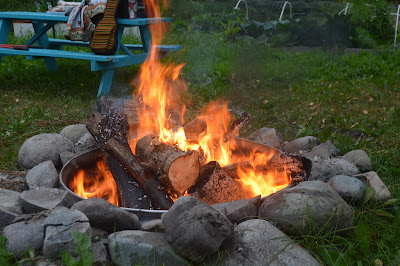 It's deeper.  The space is more defined and it STILL has all the rocks I like so well. Yes, I want it more than the cast iron ones at Three Bears. This one has more character.
We were thrilled to have Jamin come by for Pizza and a movie a campfire.  Big things are happening for him. He has moved into his 4-plex - the other 3 units are rented. He hired a full-time transaction coordinator for his real estate business. AND!!! He was given the option to participate in an ultra marathon in the next 2 weeks. He will run thirty miles over Ketsugi Ridge...doesn't sound "fun" to me, but to each his own.
Michael suggested a fire, rather than a movie. It was a cool night - but not raining - seemed like a good time to try out the new fire ring.

Stacia used the time to work on more training for Millie. We want her to be obedient enough to sit outside with us....she did good. It was a lot of work for Stacia, and then Allie. 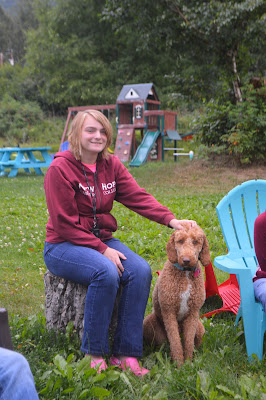 One night, when we were living in the RV in the redwoods, Ed, Cheryl, and boys, joined us around the campfire. They brought cast iron pie irons....I REMEMBERED and decided to try an experiment... 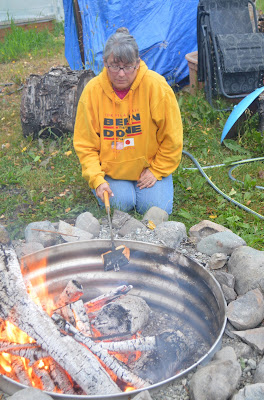 They had shown us to make pies with buttered bread, pie fillings, and a marshmallow.  I TRY HARD not to do sugar these days. I wondered if I could slice a fresh apple thin, sprinkle it with cinnamon and use one of the smallish max mallows.... These guys couldn't be tempted to try anything other than ye ole s'mores. 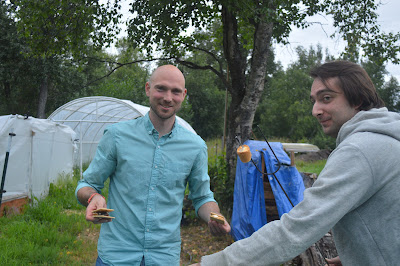 Michael opted for traditional as well. He may have actually simply had a roasted marshmallow. 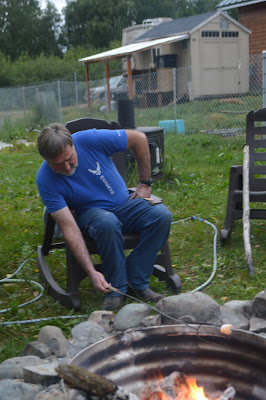 Stacia is an adventurous foodie. LOL 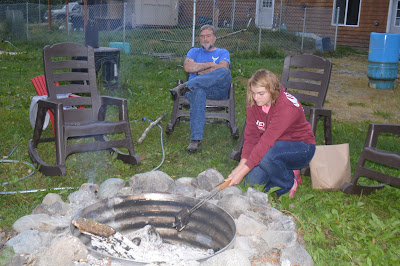 My apple pie was SO incredibly GOOD. 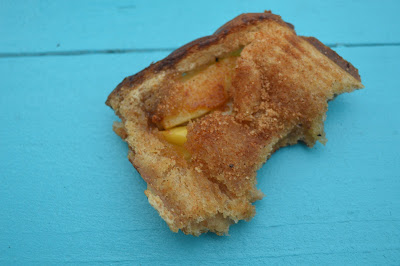 Jamin went home. We talked on. Stacia and Millie went in. We talked on. Nolan went to bed. We talked on. Michael, Allie and I talked late into the night...until we had a great bed of coals and I was left dreaming of buying a Dutch oven....though it would have been a bit late to try to make anything. LOL 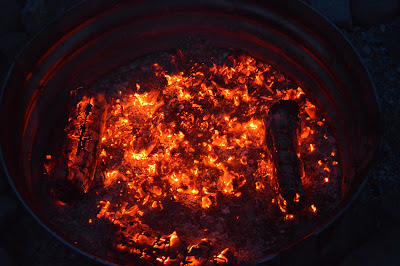