Jamin and Jared invented a new game called "hey cow". The point of the game is to see who can get the most cows to look their way on the trip. Evidently it consists of rolling windows down and bellowing, "hey COW" at the top of your lungs and then counting. They managed to get Arielle to try it ONCE. They managed to create some hilarious scenarios with other travelers several times. Jared won on the way over, Jamin won on the way back. Both are hoarse. ::snort::

It took them 8 hours to get to downtown Houston. They stayed at the Residence Inn. Jared sums the experience up by saying, "The first time I ever stayed in a 5 star hotel and I slept on the floor". ::snort:: Jamin said he felt like he should have bought a suit before entering.

They arrived early and explored a park. Ummm.....Josiah said he had forgotten that his siblings were "rednecks" and hadn't grown up in a big city. HUMPH! Thanks to Josiah for the photos! 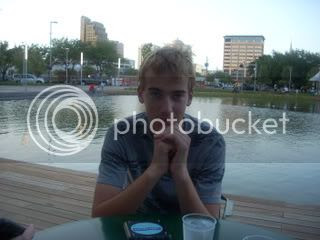 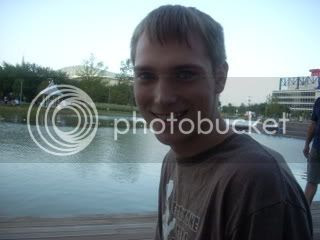 This gazebo was made out of recycled material. 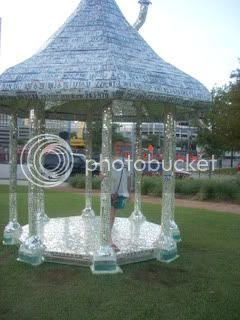 What can I say? I taught them this fun! 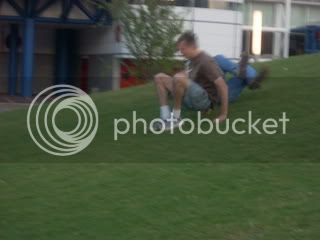 They couldn't figure out why this was donated. 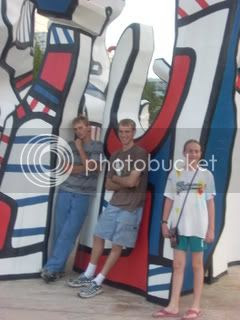 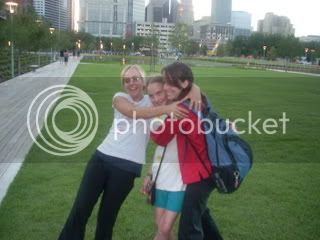 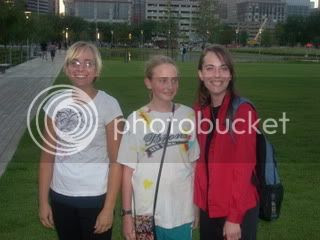 Wow - look how tanned Krista is! Don't they look great? I sure miss these girls. We'll be spending 10 days with them in August. I can't WAIT.

Oh what a beautiful/handsome bunch you kids are. It is neat to see the fun in your eyes and smiles.

We do have email and cell phones and would love to hear from you all! HINT! HINT!

De'Etta-
Looking at these photos put a big smile on my face-Thanks!
I will have to teach my kids the new "Hey Cow" game. Sounds very amusing!!
I love the 5-Star Comment.
Blessings-Mandy (SHS)

DO NOT CLICK THAT LINK TO A PHARMACY - TRYING TO DELETE NOW. lol

Mom - the problem is they all have free minutes on sprint and you are not on sprint....and we were OVER minutes last month. I think they can call free on nights and weekends...I'll remind them but they all work on weekends. LOL

None of the older 3 have reliable internet at their homes. They catch email where they can find internet connections. LOL

I'll remind them they can text you. LOL

Hey Cow sounds like a fun game for on the road!

I can't believe how TALL Arielle is standing along her 20-something sisters! So glad the kids had a chance to visit the girls!

Okay...I would get along with your family. When out for a drive in the country...I stop and roll down the window and talk to the cows! I can't believe I just admitted to this online! My husband knows how much I love this...just to get them to look away from chewing that grass...so he stops for me now and the children screem with me. "Hey MOOEY COWS!"

Mama teaching 2 - I AM laughing out loud and snorting a bit too.....we'll have to try to add "mooey" next time we're out driving....there really is nothing much but cows and grass out here.

What great pictures. Your big girls look great, but my, Arielle is getting so tall! I think she might beat both her big sisters.

I love the game...we'll have to try it. I can just see my crew loving the part about screaming at cows.