This is a HUGE gathering. The estimates from yesterday are nearly 1/2 a million spectators. Folks drive from all over Northern Japan to attend. There were even visitors from other islands and Tokyo.

We ended up with a strange dynamic at this Air Show - we divided. We had trouble finding info on times, routes etc….Mike went in at 6 a.m. His HOPE was to beat the crowds and then call us with the time for the Thunderbirds. He didn't beat the traffic.

The traffic was WILD. When the kids and I drove in it took us 1 hour and 40 minutes to drive about 2 miles. ::snort:: Jared tried to find wifi connections while the rest occupied themselves playing the alphabet game…which is challenging in Japan. ::snort:: I occupied myself with driving.

We did finally meet up with Mike. I loved this air show. What I have least liked at recent air shows is HEAT, long lines, the inability to bring our own food and drinks….I was shocked that there was NO checkpoint to get on to the base or the flight line. BUT I was happy. The weather was gorgeous. No chance of heat stroke (Jared at the San Antonio Air Show). AND everyone had coolers and had brought food in. I'll remember this for next year.

There was only one big demo team - the Thunderbirds. What fun to watch them with a Japanese audience who isn't jaded about such things. They ohed and ahhed…and clapped….and WOW the cameras they pulled out. Jared especially loved being able to see over the crowd to the flight line. ::snort::

The food was eclectic. Many Japanese families stocked up on "American Pizzas", baked good and hotdogs. We enjoyed yakiniku, yakisoba, "French fries", and Cadinimun (????). This latest was ALMOST Sio Pao (childhood favorite from the Philippine Islands). I discovered it by stalking a nice Japanese gentleman who had some. It took a bit of pantomime to explain that I'd like to know where he got it and what it was called. LOL I was thrilled. It's the same dough/dumpling thing….with meat in the middle (not sure what type). Instead of an enclosed dumpling, it looked like a folded taco on steroids…but tasted oh so good. 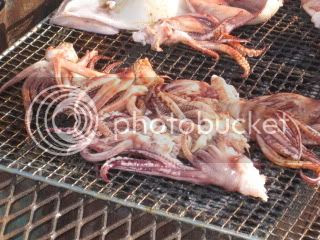 This view cracked us up. 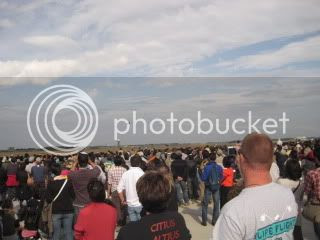 Can you tell what it is? Whenever the planes flew over all eyes and hands went up. Here's a closer view. 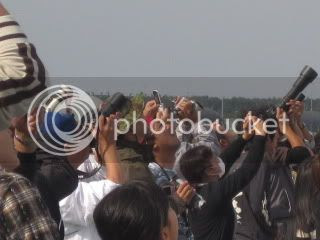 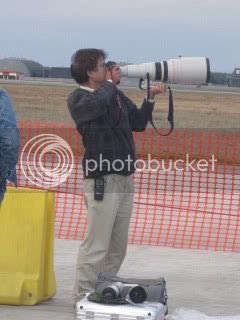 A few shots of other spectators and eating offerings. 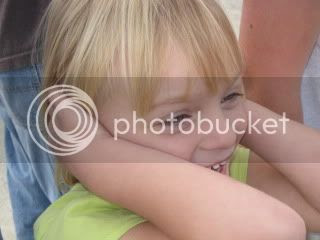 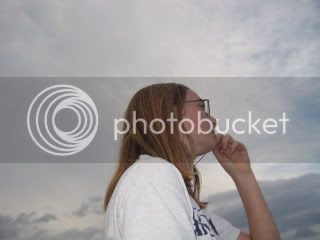 After the air show we had dinner at the Mokuteki (or the kids did), then a joint chapel service (the last before we move in to our new chapel YeHAW!), and headed home.

Jared was thrilled that he got about an hour online. All in all it was a splendid day.
Choosing Joy!
©2009 D.R.G.

I love air shows. Wonder what Arielle was thinking about? Nice to be tall when watching such things. :):):) Goodness the cameras are amazing. I am sure amazed from time to time when you talk about the food you like.... you were such a picky eater when a kid. :):):) What I'd like to have a batch of is the "open stinky fish" we use to get in the Barrio's. Dad does not like it but I always did.... probably the salt. :(:(:(

Great day! We love airshows and I never tire of seeing the Thunderbirds. We also noticed while visiting DC this summer that the Asian (probably Japanese) all have terrific cameras.

What a GREAT event!