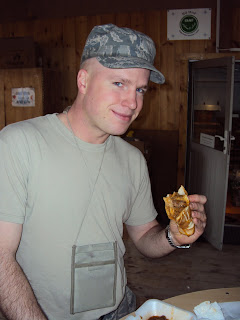 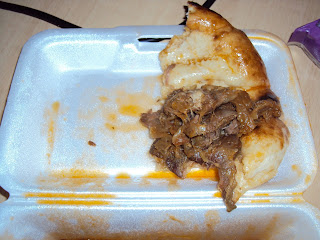 Joyfully Penned by DeEtta @ Courageous Joy at 1:07 AM

This looks good - though I'm not sure what "Afghan flavor" would taste like. LOL

It is hard to describe.

Would the meat be camel? When I was in Poland I ate some delicious tender mystery meat. The waiter shrugged when I asked (he didn't speak English.) The government-provided translator told me it was horse meat. I didn't believe everything he said, but that may have been true.

Don't you love the adverture of adventure......... and the surprise.

Praying for you Mike and for your assistant.
love/prayers your T. parents. OH will be taking your parents off Rebecca's hands most of Saturday and we'll ride around, sit around, and eat out..... love/prayers again.