Science....science.....the kids did this thing with an egg inside a plastic egg. It was to show how fragile your brain is and how your brain is protected. They were to take two eggs and put them in the plastic eggs. One with no cushion and one cushioned with honey.


The first one had no cushion. They dropped it as instructed and were told it would splatter. It didn't. It was fine.


Feeling rather cocky, they then added the honey to the second egg.  They were told it wouldn't break due to the honey..... 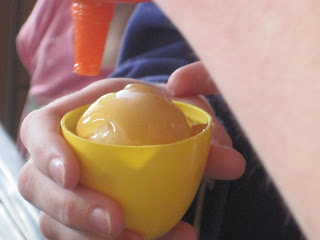 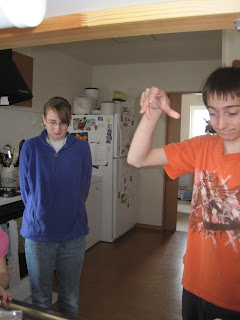 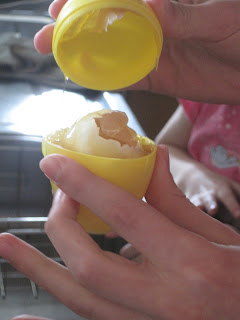 I think we'll stick to trying to find the seismograph and Geiger counter instead.....real life science that's what we need. ::snort::