We hit some sort of "travel malaise" yesterday. None of us seemed capable of doing much.  We DID go out and get some food once....and shopped for "inline wheels" for Michael's skates. Oh-and I managed to find a "clicker" for presentations, a portable hard drive for traveling..... 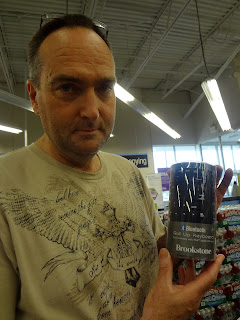 Yep - a keyboard that rolls up....though Michael pointed out that I'd need some sort of flat surface to use it...haven't bought anything. Probably won't. LOL


BTW, Michael is currently in the midst of the elusive cardiac tests. They said 4 hours....so whatever they are doing is more involved than what was done in Japan....we are praying for answers and the all clear to head home as planned next week.


We drove over to the girl's apartment....Bre was working and we woke Krista up. She had a Korean/English class at midnight. LOL  A rare thunder storm came through...we sat, watched...visited....and came home....maybe we'll think of something exciting this afternoon after Michael returns. LOL 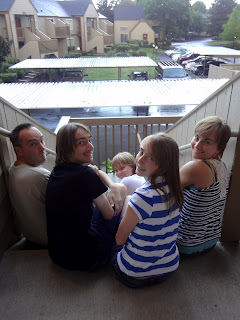 Joyfully Penned by DeEtta @ Courageous Joy at 9:31 AM