I was not expecting the emotions of Wednesday. Jared left on 5 July to move to TX with "the boys". Wednesday was the day TMO came and packed his things to go to TX.

Tuesday night Nolan and Michael took things apart, weighed and re-weighed...and we decided if we left his books we'd be under his weight allowance of 320 lbs. They charge $6 a lb if you don't make weight.

Wednesday I woke up and saw all Jared's things in the living room and it hit me - he doesn't live here any longer. 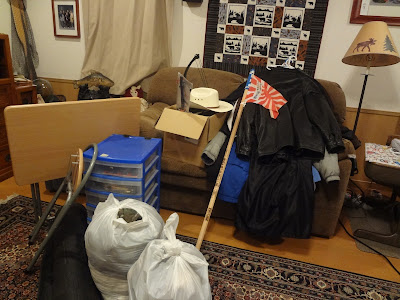 They loved the Fuji Stick....they were perplexed by the Cowboy hat. Something about it bothered them. They kept chattering away and I kept hearing "hato". Finally, they asked me, "Is this a hato?" I explained it was a cowboy hato from TX.

They were also amazed by our family photo and asked me about 5x if all the 9 children were mine. I think they were sure I was misunderstanding the question. ::snort:: 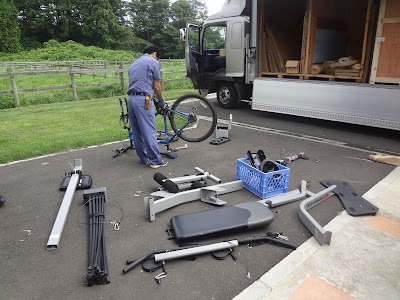 I wonder how they'll ever get those "exercise parts" back together - but Michael said, "That's their problem!" ::snort:: The bike? I gave them Michael's bike first....Nolan saved the day by telling me I gave them the wrong bike. ::snort:: 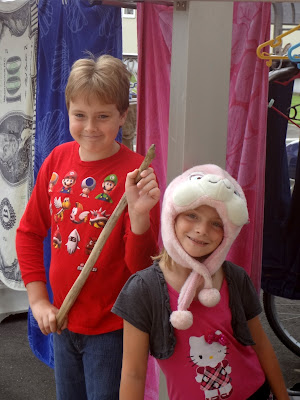 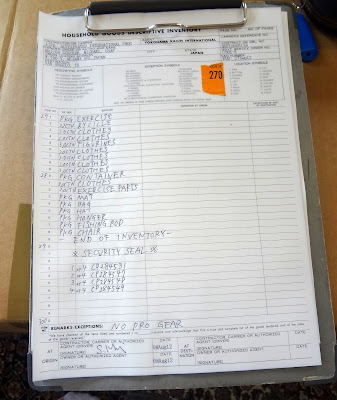 Nolan and Zander spent the afternoon cleaning the room and reorganizing....moved dressers, put futons in the corner so Nolan has a spot his own..... 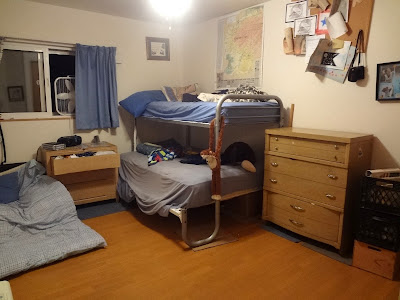 Zander is thrilled he claimed a spot in the closet.... 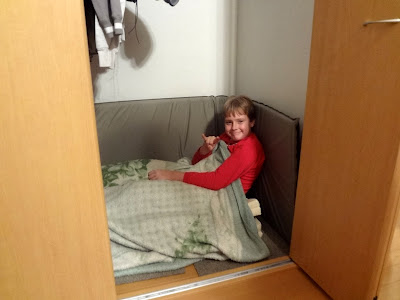 Another highlight of this day was getting a call out of the blue to go out for coffee....and later another invite for the 9 market and lunch - had to take a rain check out that offer.

I received an email today saying that Jared's weight was 380lbs. Michael is sure they didn't subtract the packing material.

Joyfully Penned by DeEtta @ Courageous Joy at 4:40 AM

Unfortunately Jared may find the folks at the other end can't reassemble - we've had that happen. Just be sure he puts in a claim if something is damaged or unassemblable