I have been researching field trips which fit in with our year's study on Japan. We have completed our study on the Jomon Period. We visited the Sannai-Maruyama Ruins (in the winter) and we  plan on going back in nicer weather....but I thought I'd be doing this trip solo....and I have made several trips to that SIDE of Japan in the past month. I looked for something closer and was AMAZED to find the rich opportunities from this time period in Hachinohe - only 30 -40 minutes from our door.   I planned to visit Hachinohe-shi- Jomon Gakushu-kan Museum (Korekawa Arachaelological Museum).  I was praying it would be nice....During the research I found references to the Nejyo Castle Ruins and the adjacent Hachinohe City Museum. It appeared they were on the way to Koregawa and so I planned for us to visit all four in one day. TOO MUCH FOR OUR FAMILY. We visited this site and called it good.  Directions, GPS coordinates and admission info at the end of this post. Combine this trip with a visit to the Nejyo Castle Ruins and Historic Plaza.

We are currently studying the Shogun/Samurai period. Any ideas on field trips are welcome.

You can read about our prior blundering adventure when I attempted to find this solo. I realize NOW  the directions  were clear if you KNEW where the fish market is, but not clear if you are NEW TO JAPAN.....we drove right to it today and I added the exit to take off route 45 to help others who are new.

The Hachinohe City Museum is divided into four display areas.

The Archaeological Display focuses on the Jomon period and showcases discoveries dug from this very site in 1978-early 80's.  There are weapons, lots of pottery, burial sites, combs, tools, jewelry....can you imagine seeing (and touching) something which was around before the times of Jesus? Amazing. 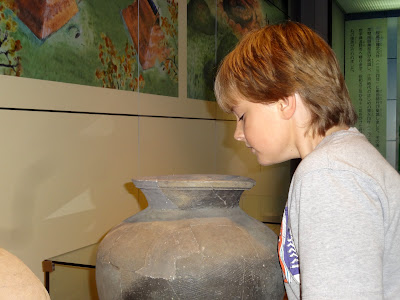 The people in this area seemed to have practiced "double burials." They would bury the dead and then, years later, dig up the remains and entomb them in pots, stored together in family groups. 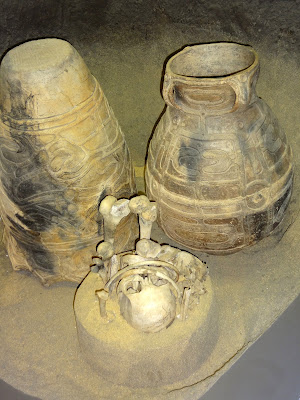 This dish pattern hasn't changed much in thousands of years. 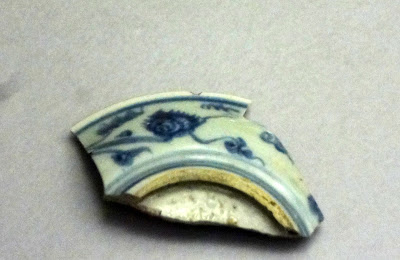 The Historical Display covers the birth of the Hachinohe Government in the Edo period (17th Century). It shows the history of Hachinohe as a Castle Town and introduces the influence of the Meiji period as well. Lot's of fun Samurai weapons and armor to see in this room. 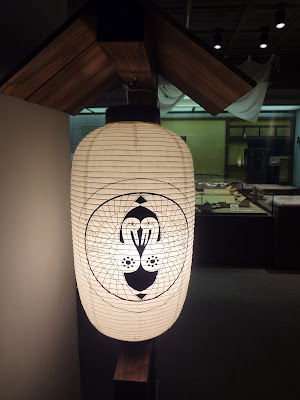 This map was OLD - I believe from the 16th century? Anyway, it fascinated Zander. 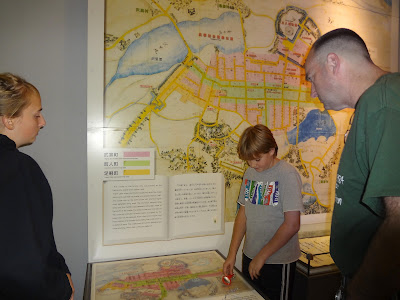 This area was known for it's horse breeding....this drawing reminds me of the Tanesashi Coastal Area. 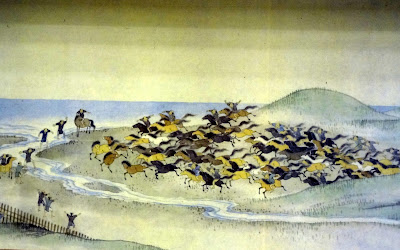 The Folklore Display was my personal favorite. It shows life for those in this area from early times to about 1950's. It covers their homes, farming, fishing, and faith. This room gave me several ideas of antique items I'd like to find before we move in ::gasp:: nine months.

I have a wooden box like this sitting on my dresser. I purchased it at the "Dirty Obi Shop" in Towada.... Now I know how it  was originally used.
We haven't been able to buy brown rice on the economy. I've been told it simply isn't "Japanese Rice." Today I learned, earlier in Japan's history, the very poor would eat "unpolished rice" and save polished rice for special celebrations. I also learned until the mid 1950's the poor would mix millet with rice for every day use....which sounds like a good idea to me. 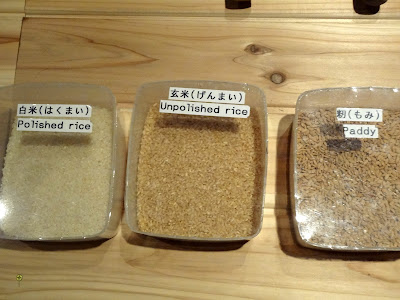 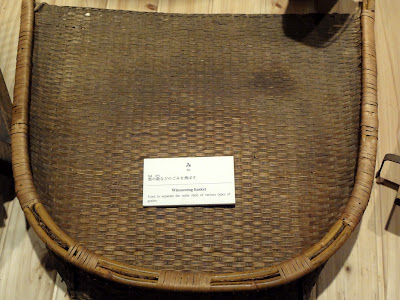 And look - DENIM Kimonos. This proves jeans are international and have been around a long, long time. ::snort:: 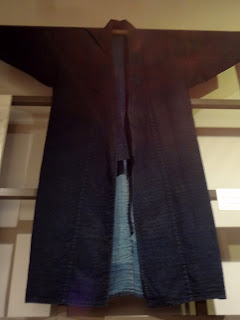 It was used to carry rice out to the fields 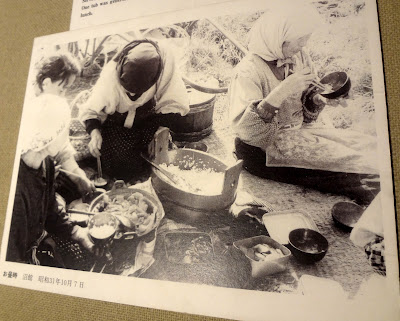 The final display room is the Folk Story/ Song Display. This would be great fun if you knew Japanese. It was fun to sit down, press the buttons and guess what you were being told from the photos. Our younger two matched the stories I've been reading to them with the displays. ::grin:: 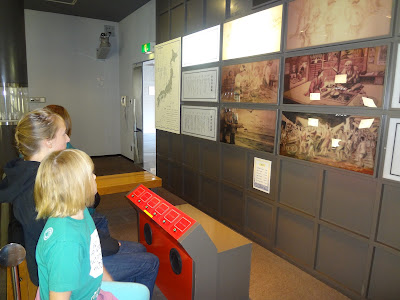 Note: This was a GREAT museum and with the castle ruins  next to it it makes for a full day.  They had MANY English signs and placards which made this a fantastic learning experience for us. Much better than the museums we've visited and had no clue what we were seeing.  The staff was friendly and helpful. I do have some English Brochures they gave me if you'd be interested in one.  I recommend, in nice weather, you plan ahead and bring a picnic to enjoy on the grounds. Many were doing so.

English Tour Guides are available if you call a week in advance! This would make a great group field trip - with enough adults to make sure children aren't touching artifacts.

Times:
09:00 - 17:00 (admission until 16:30)
Closed MONDAYS (Except the first Monday of each month and public holidays?)
*Sometimes the museum is closed on the last day of each month for cleaning. Please call ahead.

Directions:
Take Momishi Toll Road from Misawa to Hachinohe (or take route 45 out of Misawa). Requires 2 toll passes each way.

Turn right onto route 45 if you've taken the toll road.

Take the FISHING WHARF exit as you enter town

At the traffic light at the bottom of the hill, turn right under the overpass

Follow the road past the fish market, over the train tracks and over the bridge to route 104

Turn left on to route 104 at the traffic light.

Proceed down route 104 to the first traffic light.  Turn left.

Museum entrance  is on the left about 10 yards down the road.

Enter the parking lot and proceed left around the hedge row to the back parking lot.

*Note it is 5 min by car from the Hachinohe Interchange of the Hachinhohe Expressway.

Public Transportation:
Take Nanbu Bus from JR Hachinohe Station going via the Shiho Center, getting off at the Nejo bus stop (15 minute ride).