Quit LAUGHING! It was only a matter of time. When I began grinding wheat and baking bread I got a lot of teasing. "How long does it take before a homeschooler begins grinding her own wheat?" har, har, har......but NOW I'm going to MAKE LAUNDRY DETERGENT! ::snort::

While Mike was deployed, and I had much time to think, I decided that we'd mastered the food thing and would move on to chemicals in our home. I bought some all natural laundry detergent from co-op. The boys complained. They thought they smelled - they were right. The little's clothes were also coming up with lots of stains. We went back to Tide with Bleach.

I began to hear on a local email group of ladies that got together to make laundry soap. I think because it's FUN - not that it's so tough you need help - they INSIST that their clothes don't stink. THEN one Friday at produce co-op Deja and I were discussing budgets and she mentioned she'd spent $12 for laundry detergent since JANUARY.....I spend $17 a pay check. Maybe a bit of stink is warranted. SHE also INSISTS their clothes come clean and don't stink.

I bought supplies. I thought the ladies were using the same recipe. They're not. Some make liquid and some make dry. Many use this recipe from Crystal Miller at The Family Homestead. I did a search and found this recipe for dry detergent at The Frugal Shopper. I opted for powdered soap as it seems easier to make, easier to store, and makes a more manageable amount.

Deja uses 1/2 a C of Ivory and 1 C of soda and Borax....so I adjusted the above recipe. I NEED this to work so I used the biggest amounts of both recipes. 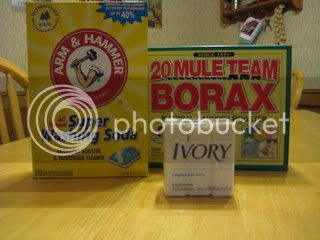 Grate the Ivory soap. The toughest part of this was remembering that this was NOT mozzerella cheese...don't taste the Ivory. 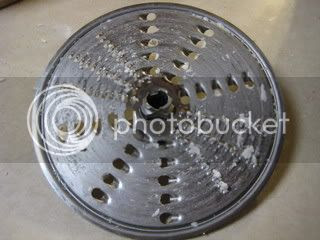 Mix with soda and borax.
Whirl in a food processor (or blender). 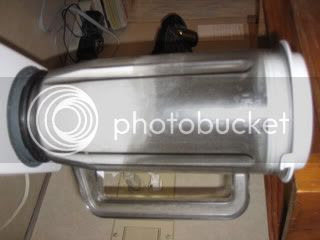 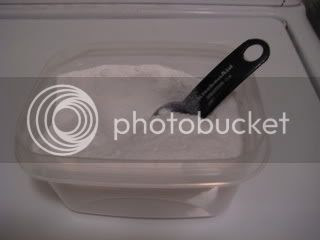 As I said earlier, Deja figured out she's spent $12 for detergent since Jan. I spent about $8 to buy supplies and have enough soda and borax left for MANY more batches of soap. I still have enough Ivory for 2 - 4.

Oh I like this idea. When we move and get settled I am going to give this a try!!
Laura

I've seen the liquid soap recipe, but not the dry one. I wonder how it would work in a front loading machine?

Just to clarify...the $12 was for BOTH laundry AND homemade dishwasher detergent for 3 months. Since I'm no longer making my own dish det, just cutting the storebought stuff, I'll have to recalculate. All I know is that I'm saving a LOT of $. Good luck!

LOL Deja - so even more savings...except I'm using 2 T for each load...and I've done lots of it today. Long story.

I think when I actually calculated it, it came to 1.5 CENTS per LOAD..and with 7 of us, we do a LOT of loads LOLOL

We make our own laundry soap because of skin rashes. We have been doing it for almost a year. Kasie almost never has to use the medicated creame anymore. I spent about $25 for the powders. (We had to order them online as the local stores do not carry them in our area. The shipping was more than the washing soda and borax.) I do not remember what I have spent on ivory soap but I made my last batch about a month ago. There is only 4 of us though.
April from SHS

A friend of ours from co-op makes her own soap, and bread, etc. She makes her own spray cleaner for wiping down cabinets, countertops, etc., and it smells REALLY GOOD! This reminds me that I still need to get that recipe from her.

We use the cup/cup/cup dry also and have for at least two years. Actually, right now I have store bought because we picked some up when we had a bug and kept using it. My husband is a smoker *unfortunately* so I add a box of baking soda to it, and it works great on smells of any sort. We follow it with a downey ball full of white vinegar in the rinse cycle in place of fabric softener and we're good to go!

Deja - 1.5 per load - I'll remember that when I'm tempted not to drag out the grater et al.

Our batch lasted a week.

April and Stephanie - glad to hear your stories too and I'll have to remember the soda thing Steph. Do you just put baking soda in with the rest of the mixture? A whole box? The french fry smell is why we always needed the bleach. LOL

Well, a box is pretty vague isn't it when you're looking at the different sizes on the shelf. lol I use about a cup of it too, everything in equal amounts. I think it's when I'm doubling it I add in a box. Then, I use an 1/8 cup scoop in each load. It gets out the smoke smells so I'm sure it would get out the fry smell. (I remember that smell from when I was 19 and waiting tables... lol) I have a tendency though to at times triple or quadruple it in a large container because I don't like having to stop and make it that often. I'd like to spend longer and do it less. I guess I'm lazy. lol