We woke up bright and early and decided to have breakfast in the room.....oranges, nuts, Starbucks rolls. 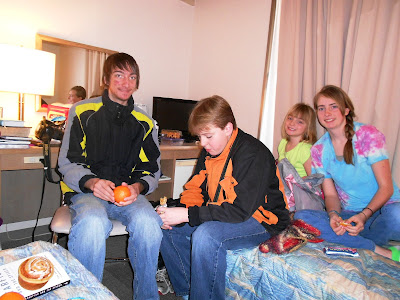 We hit the train station at rush hour.....Stacia wasn't so sure about this. (I was discreet with the photo - I've learned from the best as we are often accompanied by clicks when we go out. ::grin::) 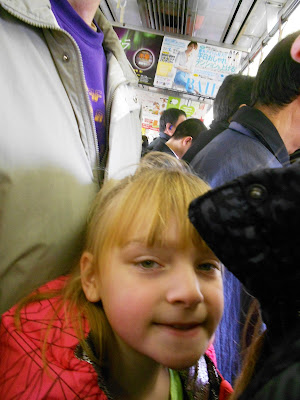 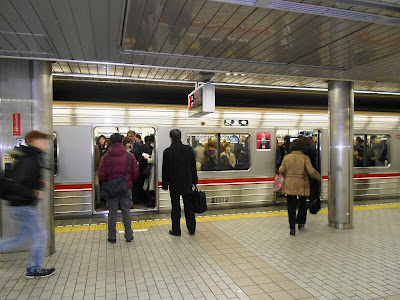 Our destinations for the day - a castle and an aquarium....

Other than driving days, most of our vacation is easily classified as "School". We have just finished studying the Edo time period....and were familiar with the names surrounding Osaka Castle.  We were SO glad Pat and Lila had suggested we do this. We had considered Himeji Castle but it was being renovated. 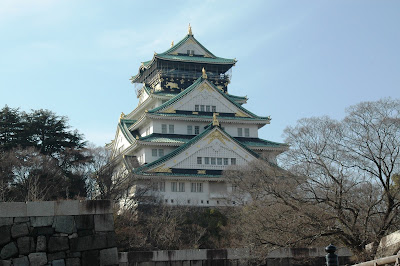 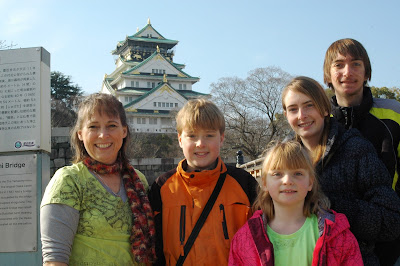 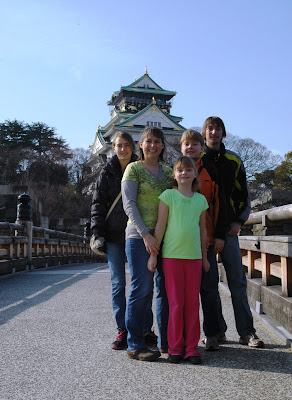 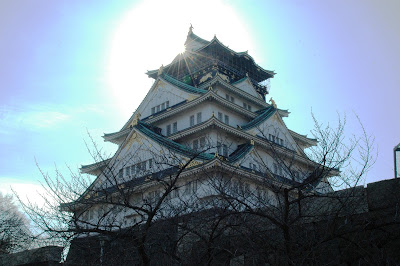 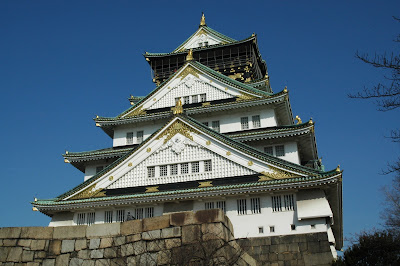 This is a decoration from the roof....we debated if it were a fish or a dragon on our way to the castle....It turns out it was mythological creature: a fish/dragon which was to protect from fire as it spits water when it gets hot? On fire arrows were used in battle, so fire was always a possibility.   There was no mention of this at Osaka - but Tracy shares that at the Emperor's Castle in Tokyo they learned water was pumped to the fish in case of fire and it spit out water. Maybe they did the same at Osaka. I can't remember the name of the creature. 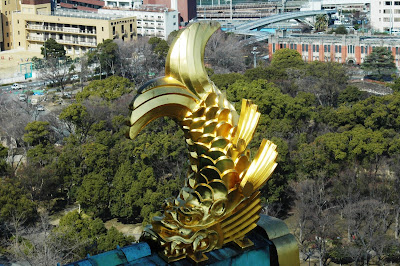 They wanted Y300 to try on the Samurai helmets. I told Zander to duck down and we'd stage it. LOL 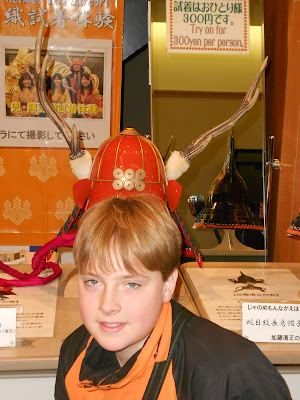 As we exited the castle we were met by school children who are learning English. Their teacher asked if they could ask us some questions. It was GREAT FUN! 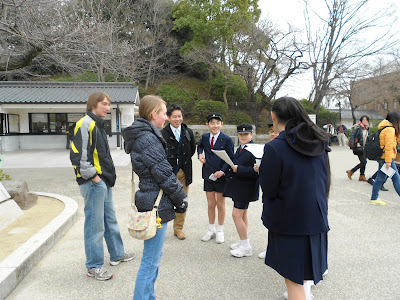 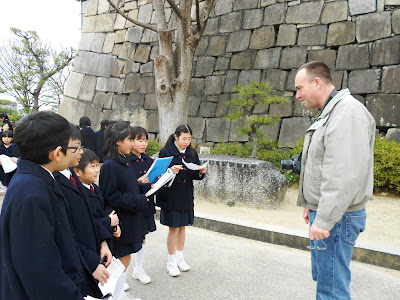 We spent a bit of time exploring the grounds and taking tourist shots.....we also found lunch. 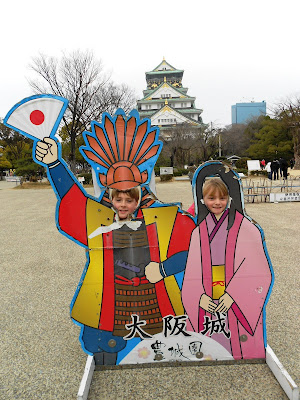 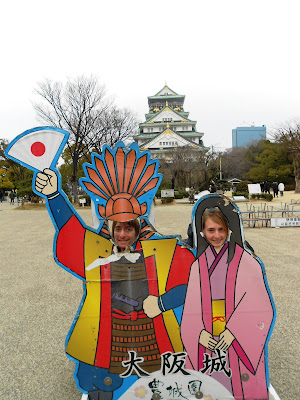 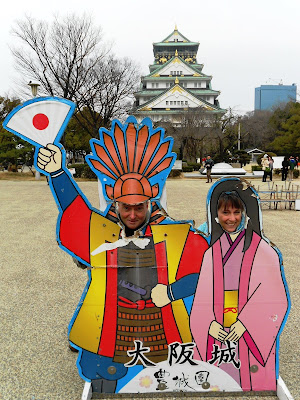 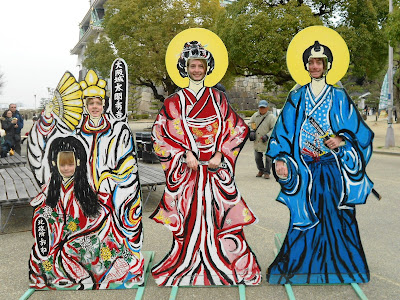 We savored the spring like weather. It was cold....but there was NO snow in sight! LOL 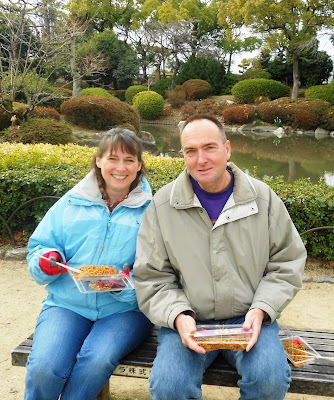 This was a great morning and we headed back to the train station for our next adventure.

Joyfully Penned by DeEtta @ Courageous Joy at 1:17 AM