10K at the Lonestar Conference Championships


We often check Pinger first thing in the a.m. to see if we have any text messages from our older Gherkins or Mom G. OK - we check it first thing every a.m.

This morning there was a link to the Lonestar Conference Championship page. On this page is a livecam. Jamin had told us the time of his 10 K race.....we rearranged plans, set up the projector, big screen and the lap top and gathered around to watch.  We were so thankful we got the message in time, the feed worked, the internet worked and Michael was HOME as it's a Saturday over here.

This was the moment when we spotted him...and he waved at US.....and I realized how amazing it was to be able to sit in Japan and share this moment with him. 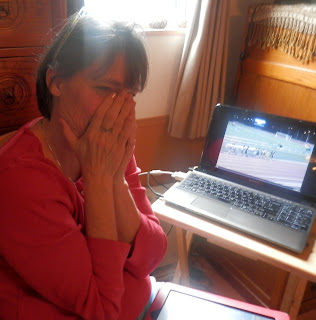 The back-story is Michael and I had a conversation this morning where I admitted I struggled with giving up the dream of being present in our adult children's lives and with our parents if God should call us to the mission field. Though I did work through it all while I viewed Cherry Blossoms earlier in the week....it was an emotional talk...and somewhat irrational as we don't know we are called to missions! ::snort::

I then checked texts and found myself living the moment with Jamin just hours later. How wild is THAT? 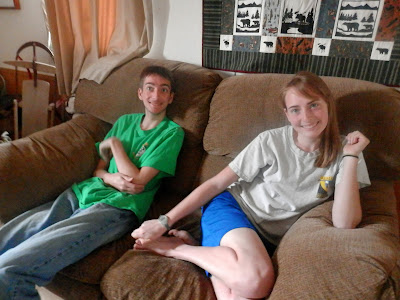 We did not know during the race that the reason Jamin started in the inner lane meant he was the top seed going into the race. WOW...We also did not know  he was trying to break the school record....and he came within 8 seconds of doing so....


I know this was disappointing to Jamin and he wanted to run a "better race," but we are amazed! To think this began when Michael allowed a VERY STRONG WILLED  3 year old to jog with him around Hardin, MT. 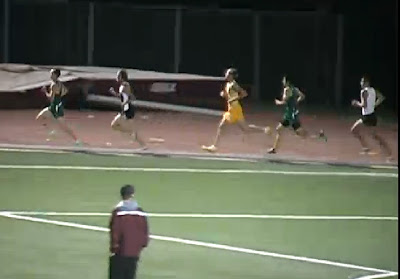 He got stuck in the outer lane...that may have been his eight seconds...but next year I plan to be sitting in the stands at the Lonestar Conference....and I'm  betting with enough Gherkins cheering he can find those 8 seconds. ::wink::

We're proud of you son!

Joyfully Penned by DeEtta @ Courageous Joy at 5:29 AM

What an exciting event for your family! 25 laps takes so much endurance and discipline...two admirable qualities of Jamin. We were so excited to be able to watch it and know you were all watching it on the other side of the world too!

I have long realized how technology has blessed military families, but it's always been from the perspective that wives and children can talk with/hear/see their husband/father who is away for the year. I never thought of how it works this way too, that you can see your grown kids who aren't overseas with you!

Dad & I marvel at how much a person can see and keep up with this day and age with kids who are so far away.\

so proud of Jamin and you all for your sacrifices. love/prayers - mom t.