﻿
It was raining early this morning - so I blogged. It was POURING rain at 0800 and I guessed that the Farmer's Market would get a slow start. We showed up at 0845 and there were three veggie stalls and a pie man out.... The good news is all said they would be there every week through November....the bad news is there wasn't much variety....but I did get enough veggies to make a big pot of soup for potluck tomorrow.
Stacia and I didn't let the rain dampen our enthusiasm. We stopped at the Cafe for breakfast. Our next stop was Sunflower Natural Food - right in the neighborhood - for some coconut milk creamer for my tea.
Back at home I steeped a big cup of tea and sat in the hot tub. It's the best way I know to warm up on a cold day.
The kids asked if we could go see Alexander and the Terrible.....day. I had planned to stay home and cook and bake for the potluck - but we opted to go out.....
Then we thought we'd "run" into Walmart. I don't think it's possible to run into the Yuba City Walmart on the weekend. What a ZOO.  We bought more Operation Shoebox fillers. I begged for dinner out and so we ate out....and got home at 1900.....
﻿ 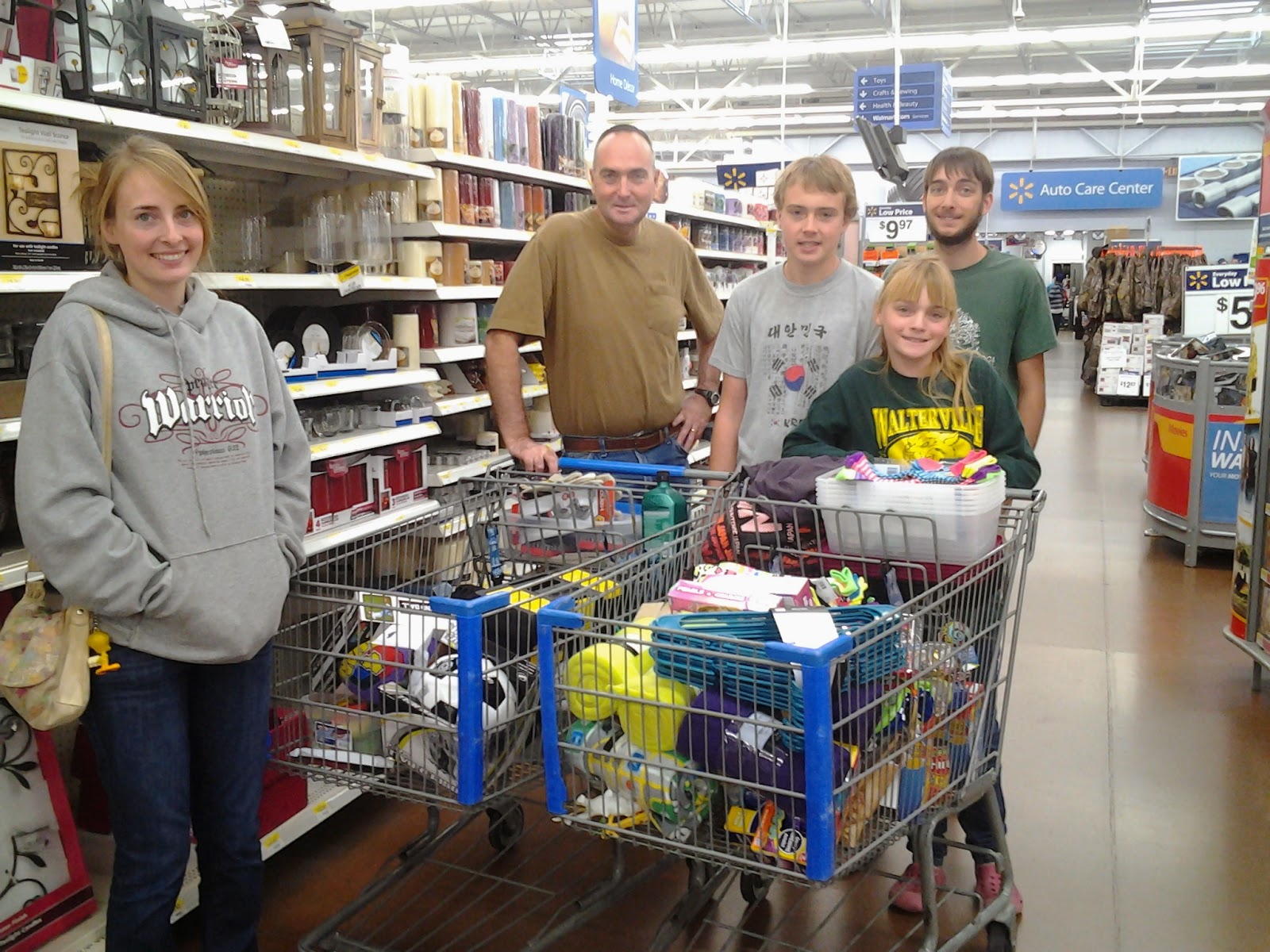 ﻿
I popped the apple pie I bought this morning in the oven. Arielle started chopping veggies and I began making rolls.....Unfortunately, I've not made bread in a couple of years and didn't really take the time to form them as I should.  Michael says I can call them Zombie Rolls. LOL  While the pie baked and the rolls rose.... I joined the family in packing some boxes.
Michael made two boxes with a tool theme....actually bought two tool boxes....and one with a sports theme.  The others did mostly young boys.  The fleece blankets for $2.88 were a great find. Something fuzzy and cuddly....and the boy's print is a MAP - so we plan to make a couple of boxes with cars and trucks and blanket.


The girls and I hit on the idea of craft themed boxes and made four for older girls. 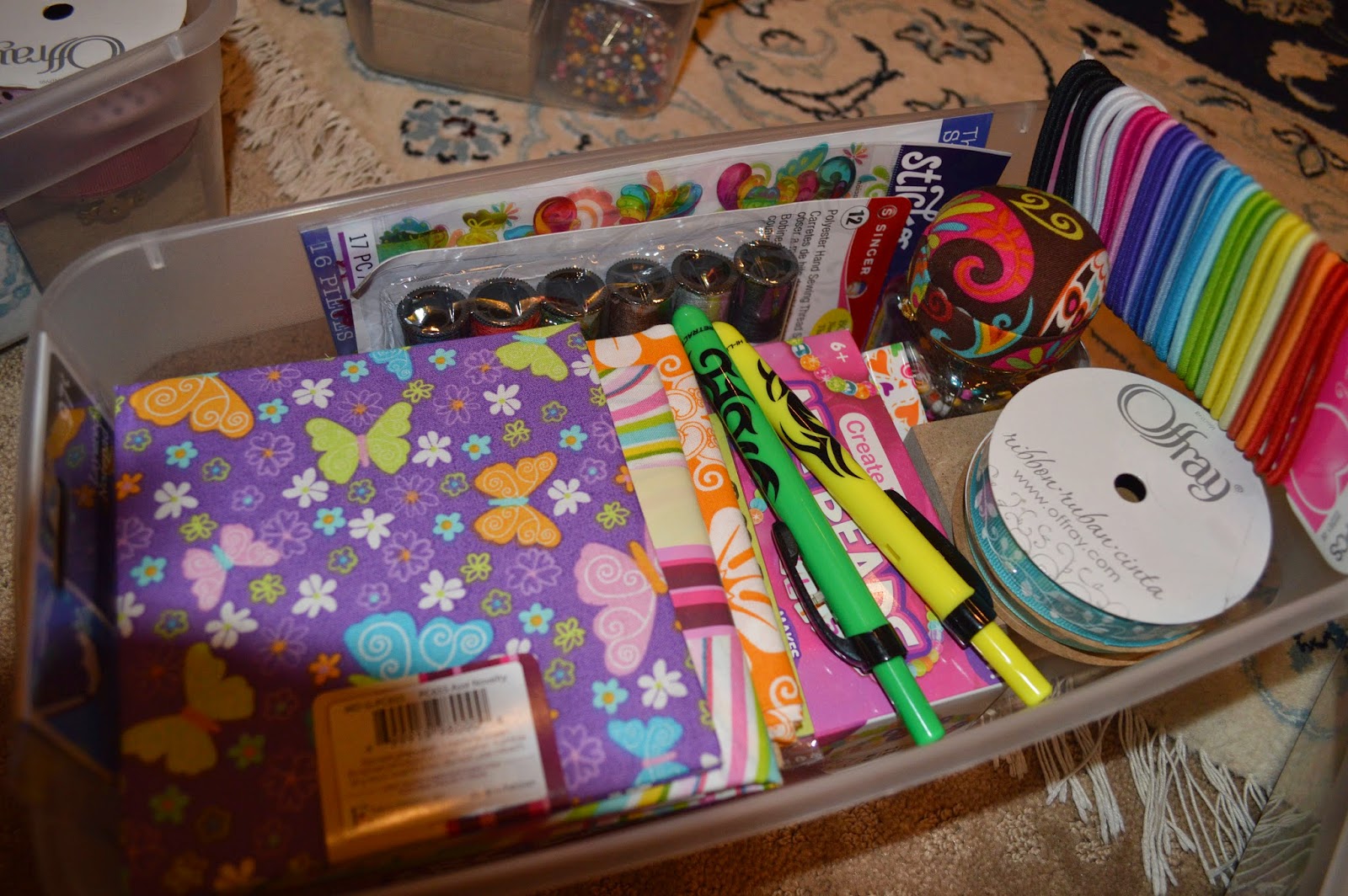 We still have a couple of bags of stuff we've collected over the year....We do enjoy being back in the states where it is feasible to pack boxes again rather than donate to Samaritan's Purse for shipping. Packing boxes is much more fun as a family project. LOL  Last year we paid the shipping for our boxes online and loved being able to track our boxes. I think we'll do that again this year. 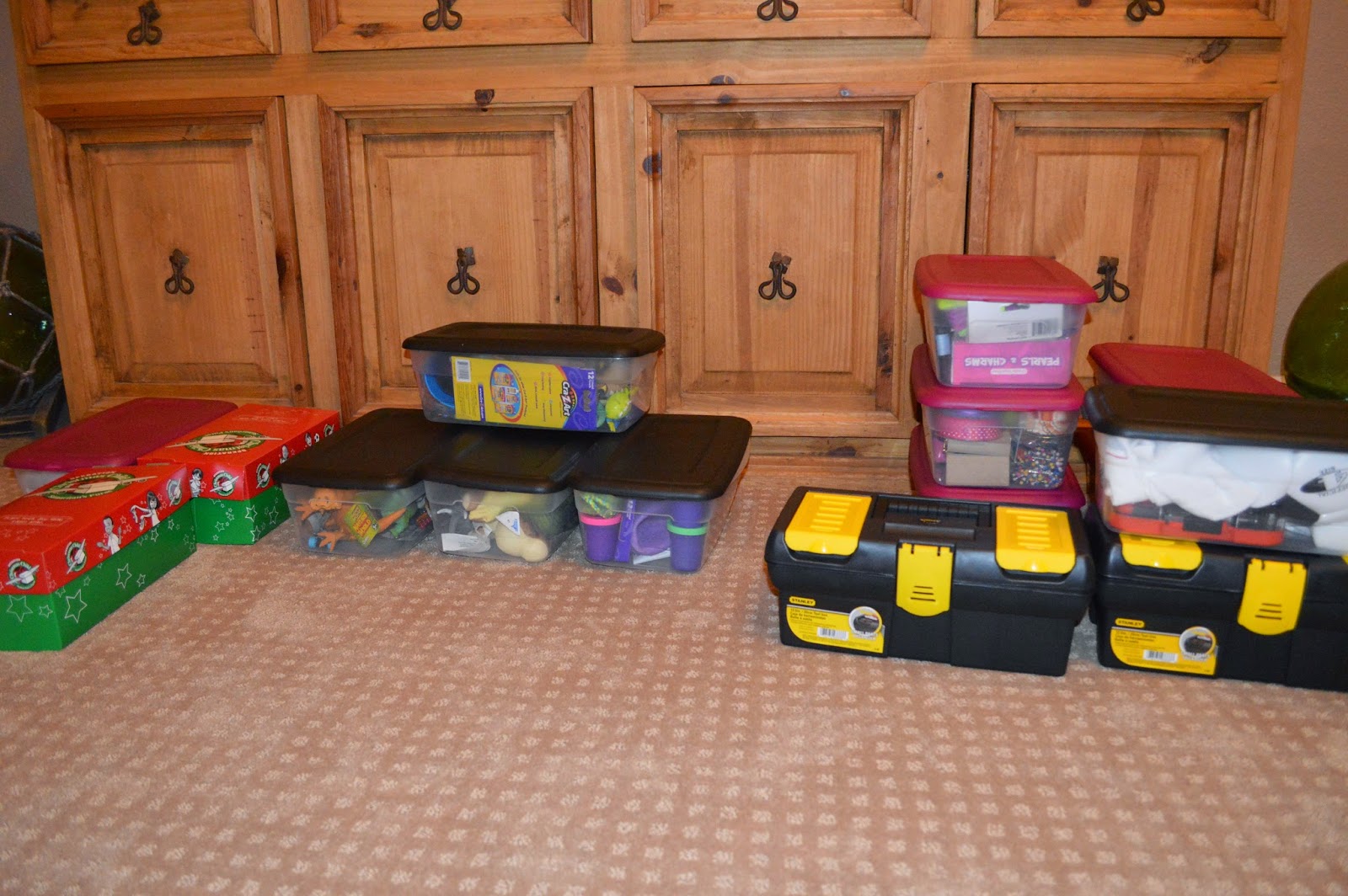 The pies are cooling, the rolls are baking and the soup is pressure cooking. I think I'm going to get it all done after all. Maybe by 2200.

Those are some great shoe box theme ideas!