"What Are You Doing When You Retire?"

Here's the thing - we don't know exactly what we are doing when we retire. Our home of record is Alaska, and while that is a beautiful dream, I don't see 80 year old adults in Alaska unless one of our children is there. We don't have a location where we plan to move.  We're trying to be responsible and think, "If we were to settle in America, where would we want to live?" It makes sense to store our things THERE.  Montana seems to be the forerunner in Michael's mind. I don't really care. TEXAS would be my first choice - I've been vetoed.

To all who know us well - it isn't a secret we feel called, driven, compelled to move to Japan. We have no idea how this will work out.  While others nearing retirement joke about being a Walmart greeter, our joke is one of us will work at Pizza Hut on a military installation so we can have SOFA status. But here's the thing - God may not call us anywhere near a military installation. We could do many things to "get there." We could teach English. We could work at Pizza Hut. We could open an "American Cultural Center."  We'd love to work in an orphanage or start one - but that seems to be impossible for foreigners to do in Japan.

Our eyes are open. We know it is very unlikely a mission board will accept us if Michael's health issues turn out to be as serious as they could be.  We know the sacrifice of leaving children behind - and some days the thought brings tears. We know we are to honor our parents, and we're aware that Michael's mom is 87. We just don't know how it is all supposed to work; we just feel called, compelled, driven...

We are totally clueless about timing.

So here we are - time to make decisions. No, we really don't have an address to give you. No, we don't want our things moved to a new home - we're going to put the minimal in storage and sell, or give away, the rest. No, we don't quite know how we are going to get to Japan. No, we aren't sure when we'll get back to Japan.  We just don't know.

We do know we can't get away from this ONE thing...God has ruined our hearts for Japan. He's broken our hearts. We know the hope Japan is searching for. We aren't trendy. We aren't cool. We aren't young. We aren't particularly bright or qualified. We don't have a lifetime to invest - only 10 - 15 years. We just know we are to be a part of bringing true peace and hope to Japan. We know there are missionaries in Japan. We know there are very cool churches in the Tokyo area. We also know there is only one church for every 58,000 people in Japan (I've heard a higher number). We know that God has a place for us somewhere in Japan. We know that in the grand plan He has a  place for a middle-aged couple and their children - some small part for us to do.  We ache to get back to Japan and to focus on relationships with the Japanese people - rather than military ministry as we were called to do in our first four years in Japan. We were faithful in that season, God birthed a call in that season, a dream...

When you ask, "What do you plan to do when you retire?"

We aren't hedging when we respond, "We aren't sure."

We aren't being cutesy or joking when we say, "We're moving to Japan."

Most really don't have time for the whole story when they ask. It's a lot like those OTHER questions we're never sure how to answer, "Where's home?"  Or, "What do you plan to do when you graduate." We get Arielle's answers....we're there with this retirement thing.

This is what we're doing. Praying. Learning Japanese. Faithfully serving at Beale. Staying engaged in our current ministries.  Preparing emotionally to get rid of most our furniture (we'll save our bedroom set) and household goods. We'll save sentimental things and china. ::snort::

And I find myself with pressing questions racing through my mind, "Will that fit into 2 suitcases?" 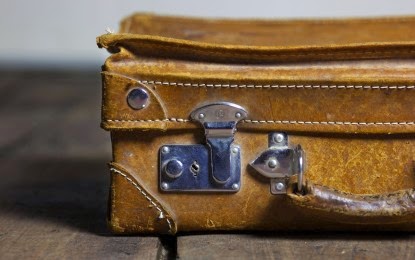 "What WILL fit in two suitcases?"

"Good GRIEF what ARE we thinking?"

"What ARE we going to do when we retire?"

"Life was much easier in Japan with SOFA status."

If you've read this far - you most likely are still wondering, "What are you going to do when you retire?"

We honestly aren't sure. Our general plan is to put our things in storage. To pack up "The Caboose" and live in it for 6 - 12 months while we REST and continue to pray about this compelling determination we have to get back to Japan.

Thank you for graciously sharing your thoughts. Waiting on God - He has moved on your hearts & will open doors when the time is right. The steps of a righteous man are ordered of the Lord - I know you know that well.
It is His calling & He is faithful. When the time is right He will tell you. Blessings to you & your family.
Love you guys. Ev

Have you looked at jobs at the American Embassy? If it is not a high risk country(which I do not tink it is) you will live in the community blending in with them. (as best as you can) You would get the SOFA or dipolmatic status. Then venture from there. I wish you the best.

Not to be trite and sound like I'm just passing off your concerns but I pray for the Lord's supernatural comfort and peace for your hearts and minds as you wait on His plan for you to unfold. I'm so excited for you and Mike and your family...the Lord's got something really amazing planned.
Patty Hough

As I read through all of your comments and concern for Japan , I can say my heart was ruined in Japan too! I think its funny to think we met you all after our first tour to Okinawa and we were ready to talk EVERYONE who would listen into moving there ! Then God blessed us with a second tour there to which I cried and cried when it was time to return to America. I will ray with you for God to unveil his plan to you all ! The Mission to the World group has a LOT of church plants starting in the Tokyo area and there is MUCH work to be done in Japan .

I love you all and will pray for you. And I will be sad for you to arrive after we leave. Yet I know God has a plan, and he is faithful.

And I want to let you know, it is possible to sell everything. We're doing it for our trip back home. Moving without the military is so expensive, so we're mailing back what we can, may try to freight a few items that are too big for mail and are sentimental and valuable. Otherwise, it's all up for sale. Our house is coming apart. =)

LOVE U TWO & ARE SO PROUD OF YOU TWO!

That said...your friends above are wise each in their special way.

All we can say is that we DO understand your LOVE for the people God has put on your hearts.

We just want to say pray for them always which at times even breaks your hearts.


AND, know without a shadow of a doubt that the Lord God will lead one step at a time and it will not matter when HE moves your age. HE will provide needed funds etc.

Kids, it will all come to your minds and fall into place when it is suppose to.

love you two, proud of you two and definitely praying for you two AND YOUR FAMILY.

Praying for clear answers for your family. Retirement is an exciting yet scary time in the life of a military family.
Be certain you have all the details about HHG; I know there is a limit to how many years you have for them to do that final move.

Thanks for your prayers all.

The majority of our friends who did not walk right into a GS position went through several positions before they settled. Be aware then tends to be a bit of a letdown as well, which is something we never expected. We expected sheer elation ;)
Have you thought of moving whatever stuff you have left to Texas and purchasing a small house there for your Texas kids to live in for a bit? Since Texas does not have income tax- and you will probably lose that Alaska residency when you leave the service - it might be a happy medium. You could have a place to stay for visiting (and invest in) while living in Japan. Texas is where some of our best military hospitals are as well....

God has a plan. He will lead you to it and through it. You know you will have a large following praying for every step!