She Has a Plan 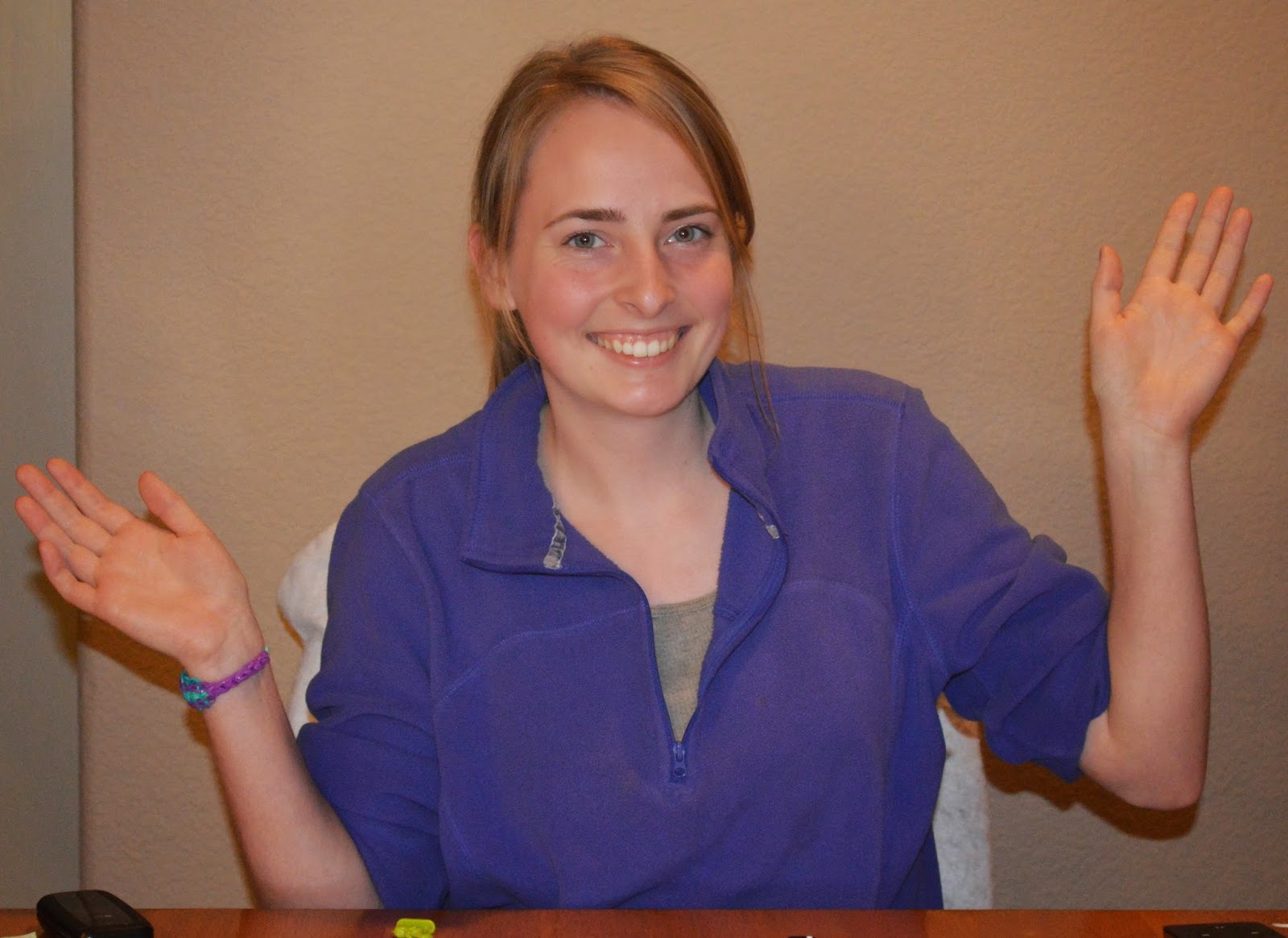 Blech - me blowing a big raspberry.

Stacia has pulled me aside several times in the last few weeks and whispered, "I don't want Arielle to leave home. I don't want my own room."  She reached a conclusion sooner than me - Arielle is leaving home.

Perhaps I can be excused for this oversight when one considers how many options have been on the table. Arielle LOVES Japan. The plan we heard most discussed is  she'd move back to Japan with us and take online courses or courses at a military base for a year or two.  I escaped the angst of having a Senior. We would retire, we'd all move on.

Arielle, however, figured something out much quicker than me. We aren't going directly from Beale AFB to Japan. There is sure to be a gap.  A gap where we live in a trailer and may well be traveling from spot to spot.  If she stays with us she won't be able to have a job. She COULD take online courses but she really doesn't LOVE living in the trailer.

Arielle also has spent much time in prayer over this and senses a different course than she had previously planned.

Because of transition issues of moving back to the states from Japan (It took a ridiculous long time to jump through the hoops to get a CA driver's license and she needs to drive to find safe employment as our area isn't 'the best') Arielle wasn't ready to get a job until recently - and now she's graduating in months....She's been talking about several options.

I became aware she was much further along in her planning than Michael and I knew when we received a text/phone call from Krista asking when she would move in. Sometime in the future????? After we retire? Maybe she'll want to spend a bit of time in the trailer?

Turns out she won't be living with us until we retire.  It makes sense for her to move earlier and look for work while University kids are home for the summer.

She has a plan. She will move to OR and share a duplex with Krista and possibly another gal. She'll move up after she returns from her missions trip to Mexico this summer - either the end of June or the 1st of July.

In a recent talk I asked her what happened to her long time plan of being a beautician and is she sure she's happy giving that up? It disappeared after her mission trip to Mexico last summer.  She plans to get a degree in cross cultural ministry (missions to those of our generation). As she's not been able to work during high school, we are not sure she'll be able to afford New Hope - which is her first choice. They used to offer a 50% discount to ministry families; then 25% and we were told today it's currently on a sliding scale.  (The good news is after we retire our income will drastically reduce and our future kids will be eligible for pell grants and needs-based scholarships.) ::snort::

Arielle plans to work this upcoming year and if she doesn't attend/get accepted to New Hope, to take general courses online or at a local college.....MUCH cheaper per credit hour. That appeals to her Dave Ramsey worldview - though we may be more comfortable leaving her in America if she's at a Christian college. (OK  we'd rather she attend secular than an overtly liberal Christian college).

And so Michael and I are adjusting OUR paradigm. Arielle is moving out BEFORE we retire. She is NOT moving with us to Japan - somewhere in the nebulous future.  Stacia caught on quickly. She IS moving out....in 4 - 5 months.  While this makes us sad - it is also exciting. She has a goal - to be a missionary in Japan.  She is very deliberately considering the best preparation to be effective in that future ministry.

Now - if I could just get her to talk about what she wants to do about graduation - that arrives in 3 months!

Note: for all those who love Arielle's baby-sitting skills she leaves mid-June for Mexico......

Joyfully Penned by DeEtta @ Courageous Joy at 7:46 AM

Just want to throw this out there about OR state schools... I believe you have to establish residency (usually takes about a yr) before you can attend at in-state tuition rates.
A friend of mine's dd moved to OR, lived with friends and worked for a year in order to establish residency just within the last few years.
But knowing Arielle, she's probably researched and already knows that .
Sounds like she has a great plan in place

Love kids with a plan! Especially when it comes with prayer!
So excited for you and her as you both move on to the next stage in your journey!

Ah, my heart knows what your heart feels. I celebrate and sob alongside you.
Deja

Following on Renee--- Make sure she applies for the http://www.wiche.edu/state-highlights/oregon
Western Undergrad exchange. You get in state tuition in most western states if you are resident of any of them and apply. Most of my son's friends attended college this way. In some places attending the four year was less expensive then the two year.
I am glad she has a plan!
~Janette

Janette - had never heard of this. Will check it out. Our residence is still AK so we may be sunk. None of the kids are moving to AK so we'll be changing our residence to "somewhere" when we retire....

Grand news and yet, I know the little part of your heart that feels melancholy.

Yeah - you know what I mean, Laura. LOL