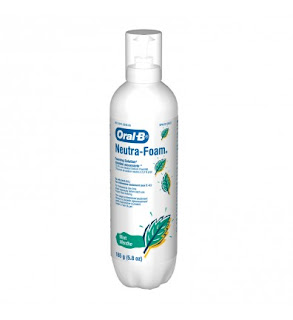 I've always had the foaming fluoride in a tray. Now, it costs extra, and we opt out. :) I highly recommend the xylitol toothpaste and rinse from Epic Dental instead. Carys has been using them for 3 years since she had all the cavities and hasn't had another one since.