We got a referral in the system today for Michael to see a Neurologist who specializes in "movement disorders."  We do NOT want him diagnosed with Parkinson's Disorder, but given a few oddities with our current neurologist, we've lost confidence in him. We would like ideas on what IS going on.  They are looking for one at UC Davis or Sacramento....so we shall see. It will be a while. 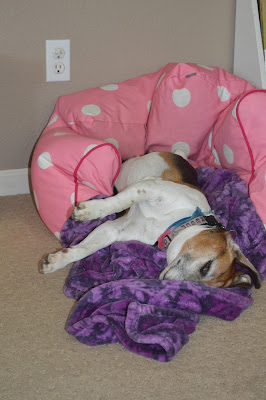 Michael had an appointment with a man who works in the VA. This is going to take a long time. Everyone has told us to rush on the claim, but the man today said NOT to turn it in until 1 Nov (day after Michael's official retirement date) so that EVERYTHING from active duty is in the claim.  This makes sense - just means we'll be in the area longer than we wanted to be. I wanted to be in Vermont in the fall. We will touch base with a VSO at Travis to be sure we've covered our bases.

I walked by the Japanese food in the commissary and teared  up. It's apparent  I'm sad about not being in Japan in July or in the near future.

In other news  Arielle and Yuuki slept. The girls and I watched a "Princess Diaries" marathon.

Stacia made three Crazy Cakes (Depression Cakes)....one for us and two for meals we're delivering tomorrow.

I helped by dumping flour all over the flour - I have the touch these days. 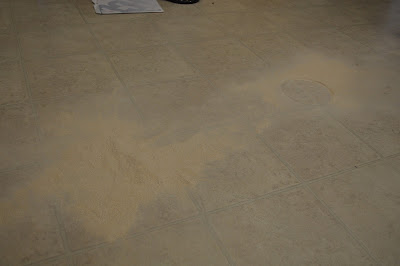 I continue to research states to decide which one we want to establish as our legal domicile. We think we've narrowed it to three - possibly two. LOL

definitely will be praying the next doctor is the BEST there is. We have been praying that all the crooked places in your lives will soon be made straight.

Will be neat to know just where you are going to light as far as a State goes. We could help you out if you wanted us to. :):):):):):)
It is wonderful you are having this choice to make. Still no doubt when you decide you will find yourself on the move yet.

Just anticipate great things ahead for you all. Our hearts are so full of love, concern and anticipation as we pray. God Bless You all.

We are fine. Just the normal stuff that goes with our type of life these days. Fun-Fun along with interesting fun. :):):):)

See you soon. love/prayers --- mom and yes dad too

I know it's not the same situation, but I am understanding the stress and hope and frustration that goes into choosing your next home! This is the first time in my entire life that the military doesn't pick where I live. I can't believe how much I've learned about Portland and Eugene, even though I've spent about 30 minutes driving past Portland in 2009, and collectively 5 days visiting Eugene...
It's like online dating for cities! Haha

It is MUCH the same. Praying for you as you all make the decisions and step into a new future.